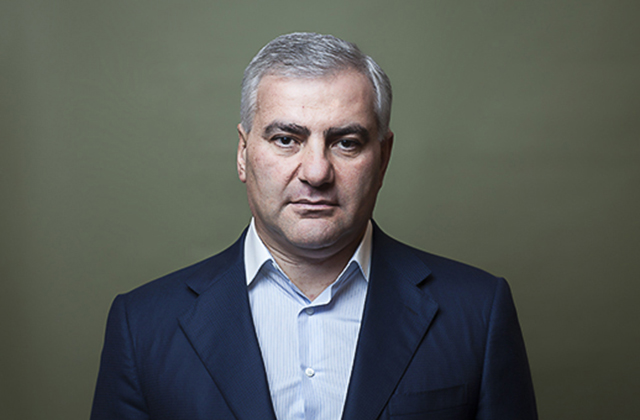 The new Armenian government has decided to cancel an agreement made by the previous government to allow Samvel Karapetyan’s Tashir Group to manage the state-owned  High-Voltage Electric Networks (BET’s) for 25 years. The agreement was justified by the previous government who said that it will lead to streamlining of the country’s electricity grid, while allowing badly needed large-scale investments and upgrades to the network.

Newly-appointed Energy Minister Artur Grigoryan announced the cancellation of the agreement, saying some aspects of it were not favorable to the state but he did not elaborate; Grigoryan also did not clarify how the government planned on attracting the needed investments. The minster, from Gagik Tsarukyan’s Prosperous Armenia Party, denied rumors that the network would instead be given to Tsarukyan.

The Russia-based Karapetyan, the world’s wealthiest Armenian, entered the Armenian energy market in 2015 after purchasing the debt-ridden and troubled Electric Network of Armenia (ENA), which he would go on to turn around through reforms and restructuring. As part of the same agreement, he also purchased the Hrazdan Thermal Power Plant. He was also planning on building a new hydraulic power plant in his native Lori, as well as at least partially funding a long delayed hydraulic power plant on the Arax River at the Iranian-Armenian border. The new energy minister did not clarify if those investments will still be carried out by Karapetyan.

Bagrat Asatryan, the former head of the Central Bank of Armenia during the presidency of Levon Ter-Petrosyan, and a fierce critic of the presidencies of Robert Kocharyan and Serzh Sargsyan, has criticized Prime Minister Nikol Pashinyan government’s decision to delay the implementation of the pension reform law by one year, saying the delay will have negative consequences. He claims the delay will cause harm to private pensioners, especially since it has already been delayed multiple times, and will force future governments to raise social security taxes to cover the burden. Earlier in the year the IMF revised Armenia’s credit outlook to positive, partially citing the expected implementation of the new pension reform law, which it strongly praised.

Recently appointed Minister of Labor and Social Issues Mane Tandilyan was behind the decision to delay the pension reform law by a year. Tandilyan was also at the forefront of the protests against the pension reform law when it was being implemented four years ago, launching her political career. The government’s decision to delay the implementation, rather than cancel it altogether, has been seen as a populist move, only temporarily delaying something it knows to be crucial, only to implement it after snap elections are held.

Upon being elected, Pashinyan had promised to give new impetus to relations with Georgia. Kvirikashvili reciprocated Pashinyan’s desire to strengthen bilateral relations, while congratulating Armenia on its successful and peaceful government transition.

One item that expected to have been very high on the agenda of the discussion between the two leaders is the implementation of the recently signed agreement between Georgia and Russia to open the trade corridors through Abkhazia and South Ossetia.