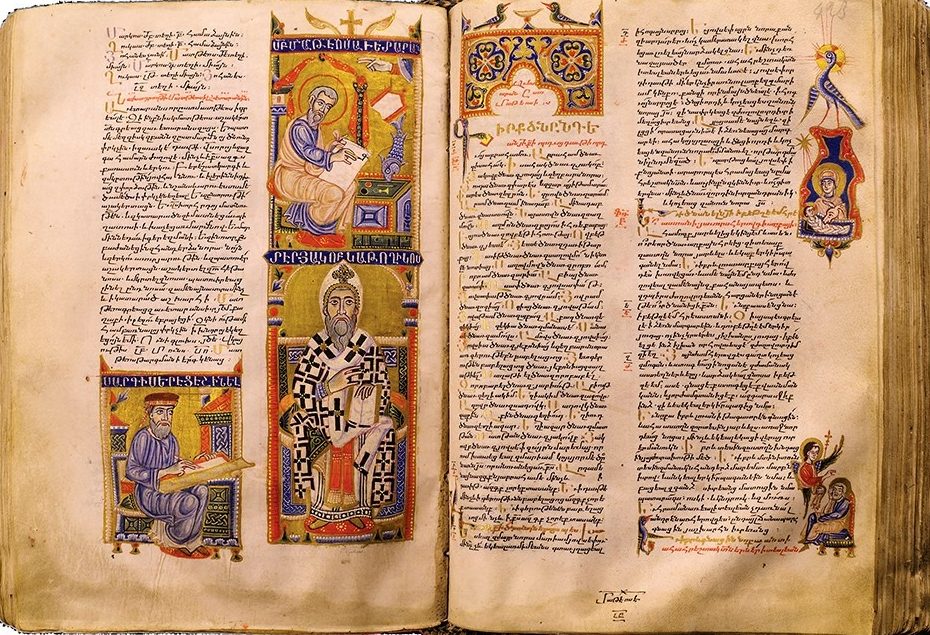 The Bible is called Աստուածաշունչ/Աստվածաշունչ in Armenian, literally translated as “the Breath of God.”

The Armenian Bible, along with the Catholic Bible and other Orthodox Bibles, recognizes the Deuterocanonical Books as Holy Scripture. These books were removed in the Protestant Bible due to a decision made by Martin Luther and are either included in Protestant Bibles today and referred to as the Apocrypha, or are excluded altogether.

The following links are for reading the Bible in Eastern, Western, and Classical Armenian.

Alternatively, you can download the Bible in Eastern Armenian using Classical Orthrography as an epub or mobi file.

You can also read this Bible in Armenian using the Bible.com app.

You can also read this Bible in Armenian using the Bible.com app.

You can read the Armenian Bible in Classical Armenian on your e-reader using the epub or mobi format.

The Armenian Church uses the same standard English-language translation used by the Catholic Church, which includes the Deuterocanonical Books.

These can be found on the Bible.com app, if you prefer reading them on your phone or tablet.

A side-by-side Armenian-English version of the Bible is the Classical Armenian and King James Bible concordance prepared by Arak-29.

If you are looking for commentary on the biblical texts and added features, you can see the enhanced version of the concordance created by Melik Stepanian at Armenian Cathedral here.

A note of caution: there are many Protestant denominations, as well as sects, offering Bibles online and in person, including in the Armenian language, that do not correspond to the versions that were meticulously reviewed and approved for use by the Biblical scholars of the Armenian Church. All of the versions and formats above are approved versions.