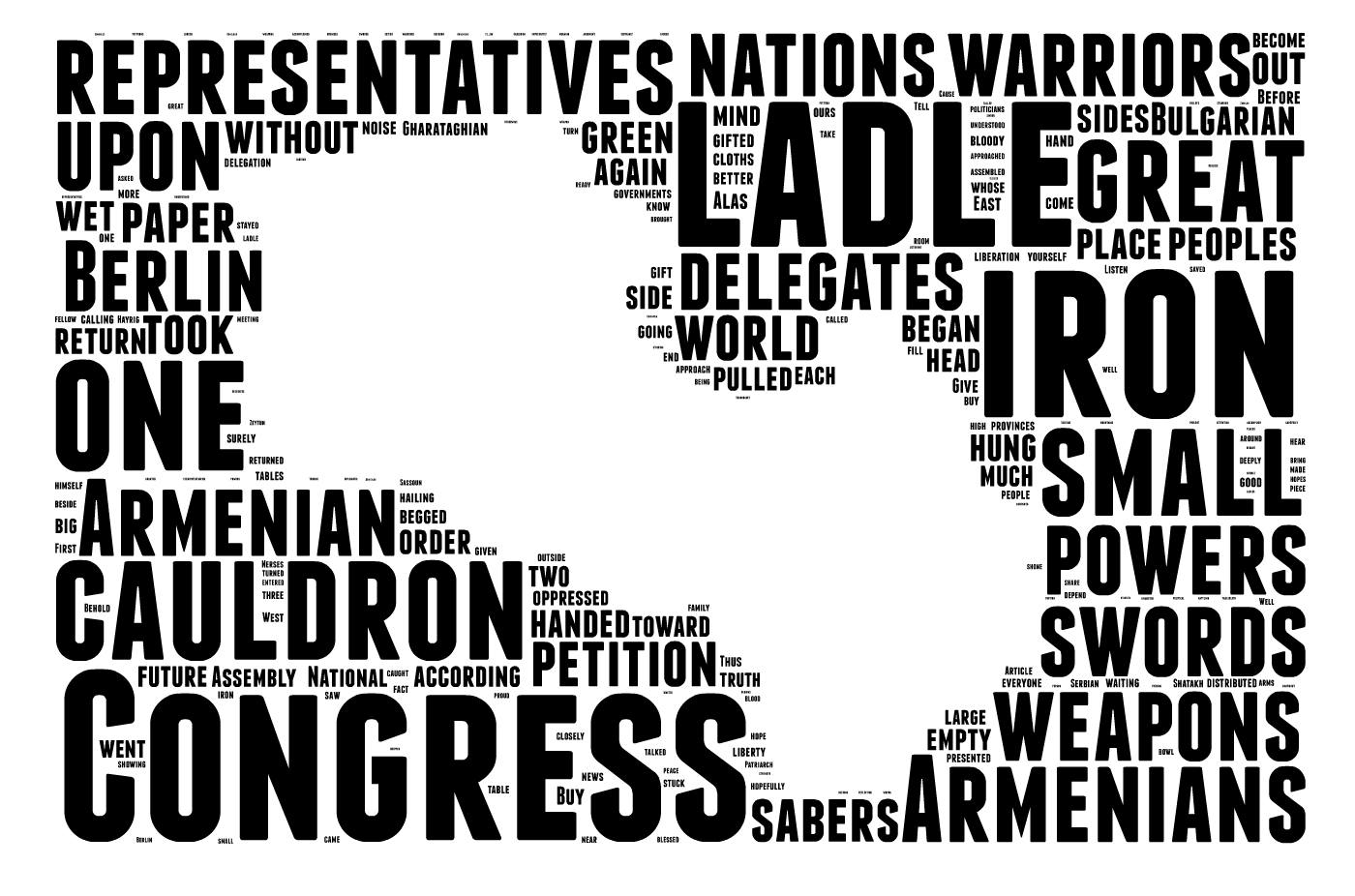 Armenians are obsessed with their language. There are different ways to grasp this crazed relationship with their beloved tongue. It might be done by observing that the Armenian alphabet has remained virtually unchanged since it was invented in the 5th century AD. Or, you might note the obsession when learning that despite living under various empires for over 600 years, Armenians continued using their alphabet and language – a rare feat for any subject people.

Whereas Gaelic became a second language for the Scots and Irish and the once-mighty Persians adopted the foreign – in their case, Arabic – script, the Armenians held on to both their spoken language and their writing script.

The consequent language is a mix of ancient enchantment and tentative neologisms. As the glacier, ever slow but powerful, carves valleys and adorns mountainsides that enjoy a greater beauty because of it, Armenian, oft-outdated but deeply complex, bears the impressions of its long journey, coloring the linguistic repertoire of its speaker with a cornucopia of history and culture. And like the glacier, it bears the impressions of its long journey that are difficult to access but ready to yield rewards for those who try.

But the preceding paragraph, which could have been equally, if not more, poetically expressed in Armenian, would mean nothing to millions of people who might indeed be encouraged by reading it.

This is why The Armenite will use English.

Although English-language content is currently available from sources in Armenia and the Diaspora, it is often done with a reservation that suggests that putting too much stock in English is akin to visiting Armenian on its deathbed and resigning yourself to its impending expiry.

The result has been myopic and infrequent translations of Armenian language masterpieces and an absent vibrancy in expressing Armenian thought through English-language texts. In turn, this has limited the access of English-speaking Armenians to the wealth of Armenian philosophy, history, poetry, and cultural heritage that is otherwise available to Armenian speakers.

This needs to change.

Alas, ours is not a pugnacious move to reject some perceived uncool oldness of Armenian; rather, our use of English is to engender an interest in the richness that it has created – and that it is.

Nevertheless, we choose to recognize the reality that over one million Armenians use English as their language of primary communication. Many of these individuals feel an inseparable connection with their Armenian identity but have difficulty communicating in the language of their ancestors. They deserve to feel the immense joy of having a substantiated relationship with that identity.

In offering this first step toward that goal with our own work, we look forward to others expanding upon it and continuing into other arenas.

We are confident that by not sequestering ourselves – and by extension, our content – in a monolingual corner, and by providing high-quality content, we will inspire our readers.

We believe that by making accessible information either previously inaccessible or not readily available to English-speaking Armenians, we will be contributing to fomenting a love of Armenian culture.  Love that might even inspire one to learn Armenian – a language whose beauty and depth can only be desired upon tasting the fruits of its existence, even if at first it is only a translated taste.