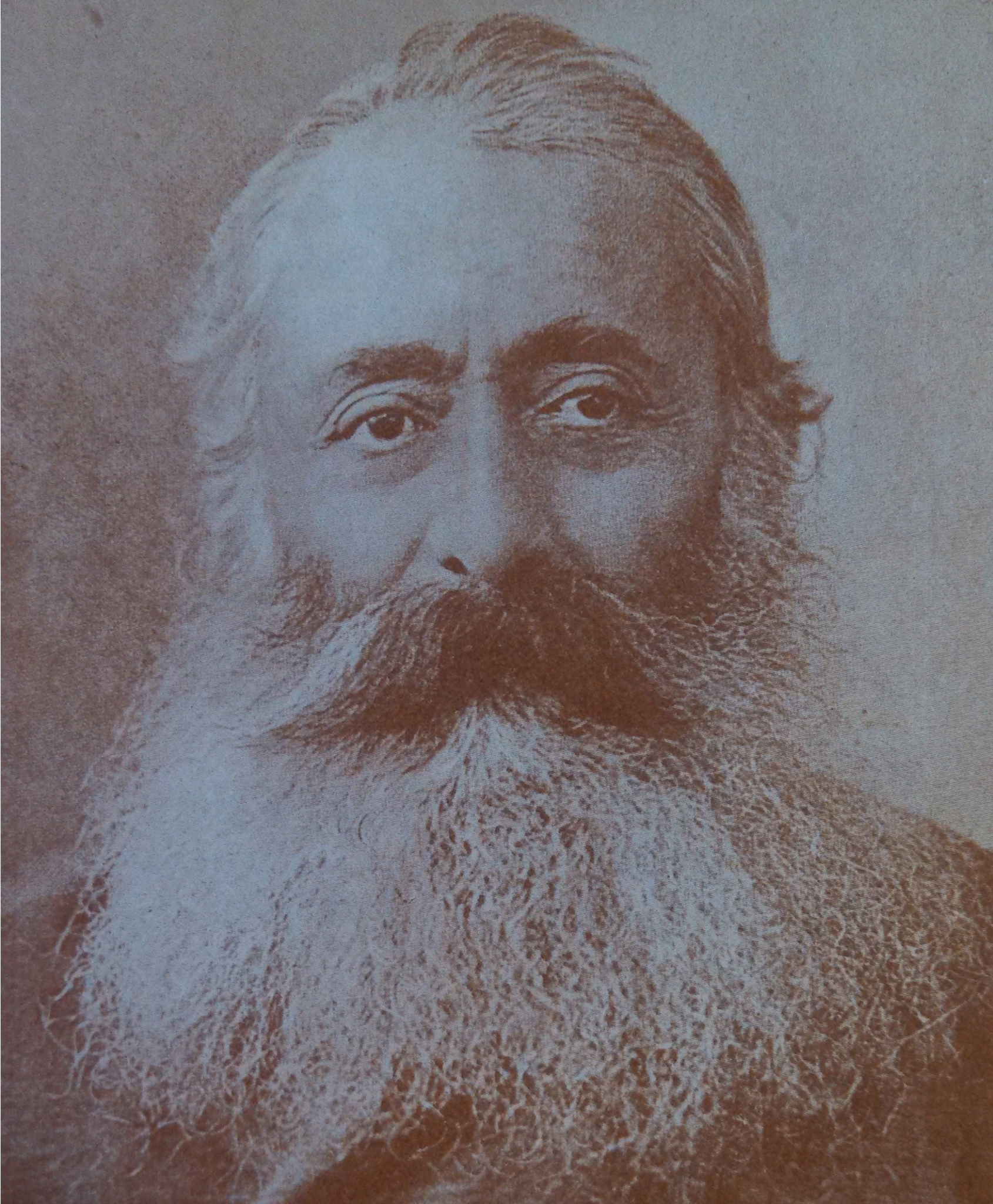 Before revolutionaries, there was Hayrig.

Mkrtich Khrimyan, known by the diminutive Hayrig, was a patriotic leader in the 19th century. Though a clergyman, he made no secret of his nationalism and was even made to resign his position as Patriarch of Constantinople.

Before being chosen to serve as Catholicos and thus returning to the clergy, he remained devoted to his work in the Armenian community, which often focused on trying to convince his brethren to defend themselves against the frequent criminality and looting of their Turkish and Kurdish neighbors.

In 1878, Hayrig was asked by his successor to the Patriarchate of Constantinople to lead the Armenian delegation to the Congress of Berlin. The Congress was a gathering of Europe’s great powers – Germany, Austria-Hungary, Russia, the United Kingdom, and France – after the Russo-Turkish War to decide the fate of southeast Europe and the small peoples who lived there.

Upon returning from Berlin, Hayrig delivered a speech in Constantinople that came to be known as the “Iron Ladle” speech because of the rhetorical illustration he used to describe the helplessness he felt in Berlin but, more importantly, the lesson Armenians needed to take from the experience.

The text of the translated speech below is based on the recollection of Khachik Khan Sarajyan who was present at the meeting where Hayrig made the address. It was recorded in the book Hayots Hayrig (1929) by Hayg Ajemyan.

Hayrig’s voluminous contribution to progressive Armenian intellectualism cannot be adequately discussed here. It should nevertheless be noted that his poignant writings, fiery oratory, and unflinching work served as both catalyst and inspiration for generations of Armenian thinkers that came after him, including those that led the revolutionary movements in the late 19th and early 20th centuries.

Blessed and dear Armenian people. You are carefully listening, impatiently and hopefully waiting to hear what good news Khrimyan Hayrig has brought from the Congress of Berlin and what, according to Article 61, the great powers of the world gifted to our Armenian-inhabited regions.

Listen to what I am about to say closely; understand thoroughly the meaning of my words and go from here reflecting upon them deeply.

As you know, we went to Berlin, according to the decision by Patriarch Nerses and the National Assembly, as representatives to present the Armenian Cause to the world’s great powers. We had high hopes that the Congress would bring world peace and that small and oppressed nations, ours among them, would be granted their liberty.

On a table with green tablecloth in the middle of the Congress meeting room there was a large cauldron of harissa from which peoples and governments, big and small, were to get a portion.

First entered the Bulgarian, then the Serbian, then the Gharataghian, as the noise of rattling sabers hung from their sides caught everyone’s attention.

After much talking, these three delegates took out their swords and, as though they were sticking an iron ladle in the cauldron of harissa, took their share! They then exited, proud and confident.

I approached and presented the petition given to me by the National Assembly and I begged that they fill my bowl with harissa, too. Just then, the plenipotentiaries standing at the head of the cauldron asked me, “Where is your iron ladle? Harissa is indeed being distributed here but those without an iron ladle may not approach.”

“If in the near future harissa is again distributed, do not come without a ladle otherwise you will again return empty-handed.”

Well, dear Armenians, I could have surely stuck my ladle made of paper into the cauldron of harissa! But it would have become wet and stayed there, in the cauldron. What business did requests and petitions have in a place where weapons are what talked and where sabers shone?

In fact, I saw that the Gharataghian, the Bulgarian, and the other delegates had beside them warriors from whose swords, hung from their sides, there dripped blood. Just then, I turned my head and I looked for my warriors from Zeytun, Sassoun, Shatakh and from the other mountains and valleys – but where were they? Tell me, fellow Armenians, where were those warriors?

Shouldn’t one or two of them have been by my side so that in showing the politicians of the Congress the warriors’ bloody swords I could have called out, “Behold! Here are my iron ladles! Here they are, at the ready!”

Alas, I had but a petition. A petition which became wet in the harissa – and we returned empty-handed.

In truth, if you compared me with the other delegates to the Congress, I was taller than them – and better looking, too! But to what end? A piece of paper was placed in my hand and not a sword. That is why we did not get any harissa.

However, with the future in mind, going to the Congress of Berlin was not useless.

Fellow Armenians, you have certainly well understood what weapons could have accomplished and what they do accomplish! Thus, my dear and blessed Armenians, hailing from the provinces, when you return to the Homeland, as a gift to your friends and family, take them each a weapon. Buy weapons upon weapons – and then buy more.

Before all else, place the hope of your liberation upon yourself. Give your mind and arms strength – a person must depend on himself in order to be saved.

Note: The original post stated that Khrimyan Hayrig left the Church upon his resignation as Patriarch of Constantinople. In fact, although he resigned his position, he did not leave the Church nor did he revoke his vows. Ever popular among the people, he continued his work, including leading the Armenian delegation to the Congress of Berlin, until becoming Catholicos. Many thanks to our reader, GA, for bringing this to our attention!