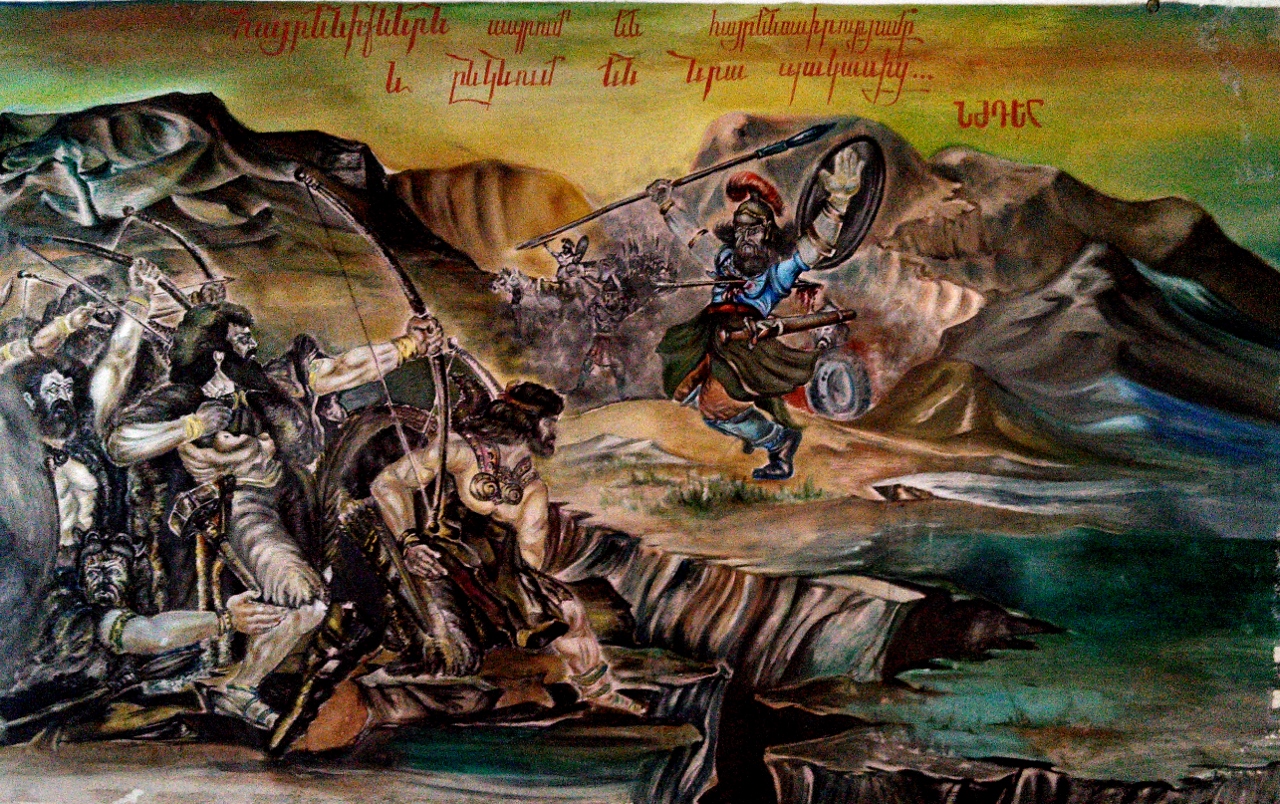 Khorene Nar Bey Lusignan was a descendant of the House of Lusignan and was an archbishop in the Armenian church, although he received his education at the Catholic Mekhitarist monastery in Venice. Lusignan was also a delegate to the Congress of Berlin after which Khrimyan Hayrig gave his Iron Ladle speech. Around the same time, in the late 1800s, he wrote the poem, “Let Us Die Armenians.”

Like Hayrig, Lusignan seemed to view his official religious position as a means of promoting the cause of national liberation among Armenians, endearing him to the people but making him an enemy in the eyes of Ottoman Turkish authorities.

Lusignan was a prolific writer and used his literary prowess to spread the gospel of nationalism and self-determination among Armenians through poetry. While infused with allusions to religion, his words echo those of  many nationalist writers of the time that encouraged Armenians to view their fate as a function of their actions rather than a predetermined, unchangeable eventuality.

It is believed that Khorene Nar Bey Lusignan was poisoned by the Sultan and his associates as he died suddenly after being summoned to the royal palace.  He died in 1892, on October 16, two years before the Hamidian Massacres began.

Brothers, we have no hope from foreigners;
Gaze not around for aid! Though with good-will
The foreigner receive you as a guest,
He is an alien still.

Unmoved he sees your pain; what matters it
Although to tears of blood your heart be grieved?
None save Armenians feel Armenia’s woes;
Why are you still deceived?

Rest not upon the foreigner your hope;
Show not hard eyes your wounds, your deep distress.
Do you then look for sympathy and help?
They mock your nakedness!

Heavy your burden is, but do you think
That foreign hands will lift it? You are wrong.
Nay, leave the foreigner, lend brother’s arm
To brother, and be strong!

Fate is your enemy? Be not dismayed.
But show Armenian hearts, to brave her hate.
Fate cannot vanquish an heroic land
That battles against fate.

Nor swords nor chains could crush the minds and hearts
Of your great ancestors, those valiant ones.
Why are your hearts to-day so weak and faint?
Are you not heroes’ sons?

Sons of those matchless heroes who of old
Upon their country’s altar bled and died, –
Sons of those great Armenians whose lives
To-day are the world’s pride?

Even the mighty nations of the earth
With envy view our nation’s history;
Then why, forgetting your past glory, say
To aliens, “Blest are ye”?

Forward! Let him who has an earnest heart
Forsake the stranger follow his brave sires!
The life of all Armenians centres round
Our faith’s clear altar-fires.

Armenia’s life shall not become extinct;
The heavens are full of that life-giving flame.
While the all-conquering cross of Christ shall reign,
So long shall live her name.

Why are you fearful? See you not sublime
Above your heads, the shadow of the rood?
Of old your fathers with that sacred sign
Mingled their sacred blood.

Anchor your hope, too, on the cross! Have faith
The light will shine, since you to it are true.
It was your nation’s bulwark; be it still
Weapon and flag to you!

A nation that was faithful to the cross
Cannot be lost, though centuries roll past.
While in this world religion shall endure,
Her life shall also last.

In the great names of faith and fatherland,
Clasp hands in love, bid hate and malice flee,
Armenian brothers! Let the nation’s foe
Alone accursed be.

Let each heart glow with love for fatherland,
Each mind your country’s welfare seek alone;
Let your least brother’s pain and tears be felt
As keenly as your own.

Ah! foreign bread can never nourish us,
And foreign water never quench our thirst;
Thou art our life, Armenian font, where we
Received baptism first!

For no vain hope let us deny that font,
Our nation’s baptistery! When we yield
Our breath forever, be our place of death
The sacred battlefield!

Let the same earth receive that cradled us;
Armenians we, when life to us was given;
Armenians let us live, Armenians die,
Armenians enter heaven!