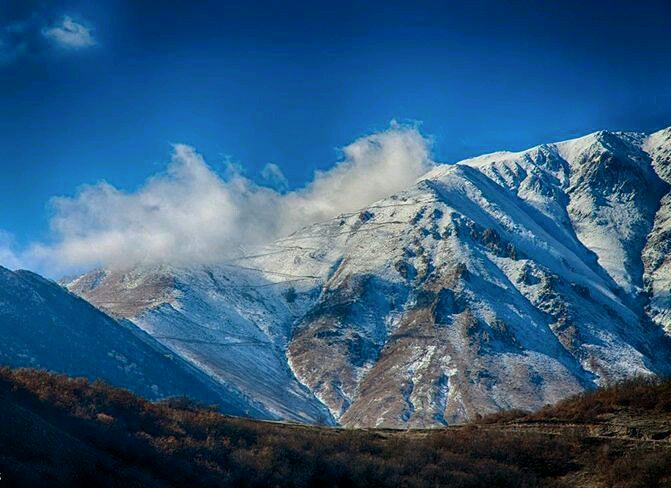 The Highway System – Transportation Infrastructure in Armenia: Part I

Since gaining independence Armenia has had to deal with what has been arguably the most difficult combination of geopolitical issues faced of any country in the world. Some of these issues such as the Spitak Earthquake, the Artsakh War, the blockade by its neighbors Turkey and Azerbaijan, and the energy shortage are well known.  Perhaps less known, but equally as important is the massive transportation infrastructure shortages that have continued to hamper the Armenian economy for the past two decades.

These shortages have included the lack of modern interconnected highways crucial to linking the country and connecting to the outside world, closure of railway access to Russia – Armenia’s biggest trading partner and its strategic ally – and lack of any reliable form of access to Iran, Armenia’s most dependable neighbor.

Over the past two decades Armenia has been able to address each of these crucial issues in varying degrees. In a four part series, The Armenite’s Mher Almasian will analyze each of these issues as well as explain the steps that have been taken to address them.

Upon victory in the Artsakh War, one of the priorities of the Armenian government was to reintegrate Artsakh into Armenia. This was necessary because after seven decades of rule, the Soviet Republic of Azerbaijan had succeeded in dividing the various regions of Artsakh from each other and disconnecting Artsakh from Armenia proper.

The first task was addressing the fact that there was no modern highway connecting Artsakh to Armenia. This issue was resolved through the modernization of the out of date and war torn Goris-Stepanakert Highway. The “Lifeline Highway” project, as it is known, was completed in 1999 after nearly five years of construction. It cut the travel time from Goris to Stepanakert to one hour from the 2.5-3 hours it previously took, while providing a much safer and higher capacity road.

The next goal was integrating the regions of Artsakh. This was achieved through the North-South “Backbone Highway” which connected the five regions of the enclave while linking 20 cities. The project, which was completed in November of 2009, was strategic due to the fact that it exponentially increased the access and integration of the outer regions of Artsakh to Stepanakert and Yerevan.

Most recently a third project has been undertaken with the objective of combining the effects of the two aforementioned highways: the Vardenis-Martakert Highway connecting northern Artsakh to Armenia proper.

Its goals are to further integrate Artsakh into Armenia while specifically targeting the outer regions of Artsakh. A large portion of the funding for these massive roadways was provided by Armenians both in the Diaspora and Armenia through the All-Armenian Fund. These developments were crucial in integrating Artsakh into Armenia economically, culturally, and militarily, while reversing seven decades of Azeri policy that had intentionally isolated the regions of Artsakh from each other as well as Armenia proper.

Upon addressing one crucial infrastructural shortcoming resulting from Soviet rule, the Armenian government shifted its attention to another: the lack of any modern form of access to Iran.

During the first fifteen years of independence, the main road connecting Iran to Armenia was the mountainous Meghri road. The deficiencies of the road were beyond description. The road was closed for long periods throughout the year; when it was open, it was the site of several accidents and fatalities. The severe weight limitation of the road – the amount of weight a road can handle – made the transport of cargo impractical and oftentimes impossible. The lack of a usable road meant that Armenia, during the first fifteen years of independence, did not have access to its only dependable neighbor.

This issue was finally addressed through the construction of the 50-mile (80 km) Kapan-Meghri road which was completed in fall of 2007.  The highway, which was constructed with the support of Iran, was a major achievement that provided an exponentially safer road capable of carrying more than two times the cargo weight of the previous road while being open year around.

After resolving these strategic shortcomings of the Soviet era, the Armenian government, in 2009, began addressing an issue that had developed during independence: the aging roads across the country that had had largely not been renovated in two decades.

To address the problem of the decrepit roads, a renovation program was launched thanks to the support of the World Bank through its Lifeline Road Improvement Project. It was started as a means of targeting rural Armenia by supplying temporary jobs while providing improved access to the economic centers of the country.

In four years since its launch, nearly 280 miles (450 km) of road have been redone, while providing 39,000 person-months of local jobs. Besides the long-term success of reducing travel times by over 40 percent, the project came at an especially crucial time as it provided some relief at the height of the global economic recession.

Next week, Mher Almasian will continue his series on Armenia’s transportation infrastructure in discussing the North-South Highway.