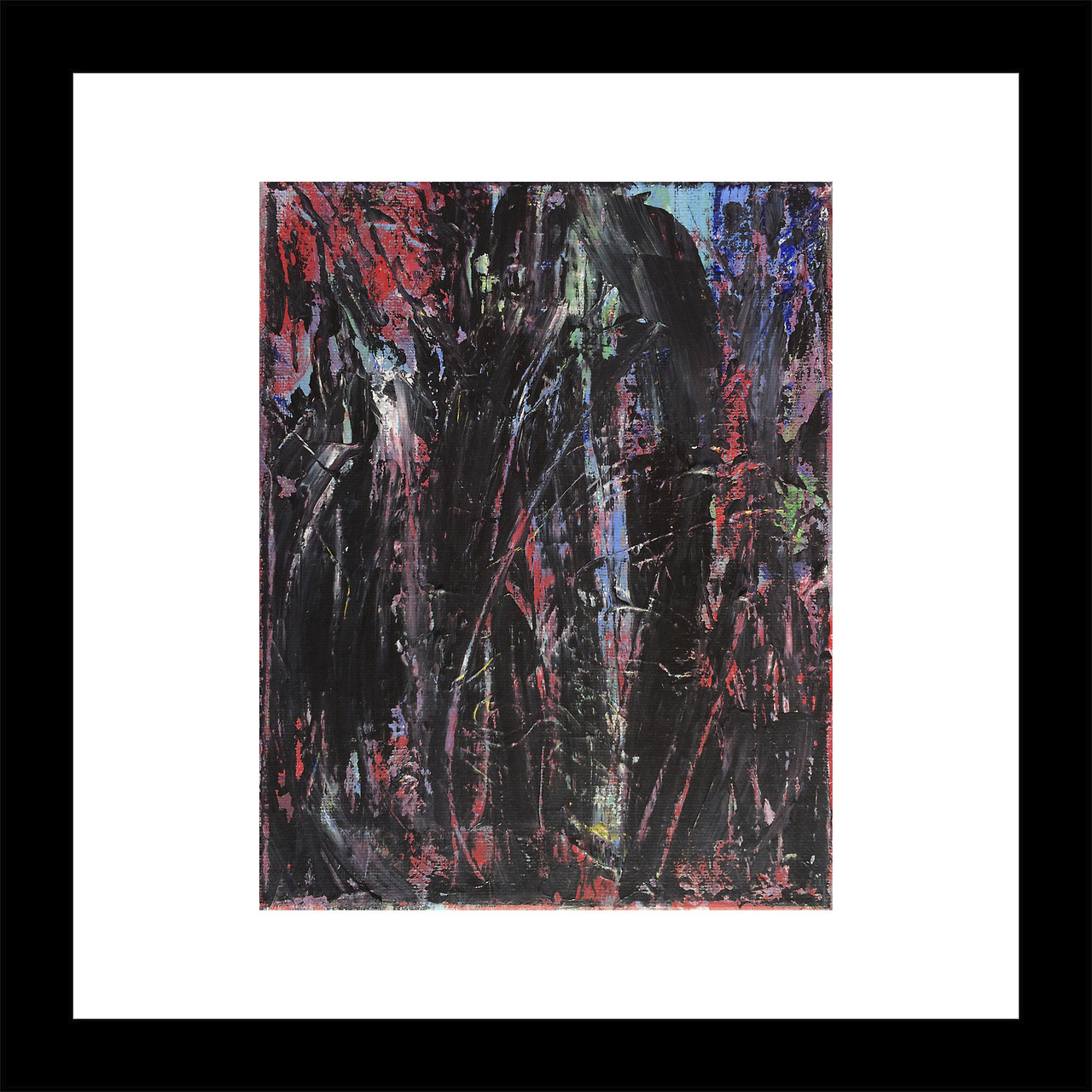 This Pianist Ain’t Got No Wrong Notes

In her debut piece, Nariné Atamian speaks to pianist and jazz virtuoso Armen Nalbandian. The reader can enjoy Nalbandian’s music, each track accompanied by notes written by the musician himself.

Album: Armen (2006)
Song: “Oska T”
Description: “I wanted to start my recording career off with a composition by Thelonious Monk since he was my primary inspiration growing up. Oska T is rarely played, but I love the vibe the trio and I get into.”

Nalbandian’s excellent new solo piano album, Time Waits, officially spells the end of his “self-imposed self-discovery” sabbatical, which came after almost two decades’ of constant playing, recording, and composing. “During my sabbatical,” Nalbandian says, “I put down everything. My last album [2013’s electronic album Surrounded by Snakes] felt like the close of a chapter. It took time for me to begin to be inspired again – I started falling back in love with the piano and everything I was in love with originally.” His renewed love for his instrument is more than apparent on Time Waits, one of two solo piano albums Nalbandian is releasing this year. From start to finish, the albumplays as a love letter to the piano, and Nalbandian’s delicate touch and incredible lyricism allow Time Waits to soar.

Album: Young Kings Get Their Heads Cut Off (2007)
Song: “Against the Partition”
Description: “This is the sound of my ‘prepared’ Fender Rhodes piano after the strings and tines have been manipulated. I’m playing on the inside of the instrument using mallets. The composition, much like most of the album, is improvised.”

That Time Waits is Nalbandian’s first foray into solo piano work seems puzzling initially. After all, why would a piano man wait until his ninth album to release a solo acoustic piano album? As Nalbandian explains it, though, the progression in his recordings makes perfect sense – from his first album, Armen, in which he produced a “an album very much in the serious jazz tradition” through his forays into deconstructed mechanical piano work and into radical free improvisation, Nalbandian has pushed the limits of the piano in all of its incarnations as he has looked to “find his real voice.” What is left, then, at the start of his second phase and the release of Time Waits, is just Armen and his piano.

Album: Manchester Born (2007)
Song: “Particles”
Description: “’Particles’ is probably the song most associated with my first trio. Everything from the warmth of the track to the performance of the song…I think it really resonated with the trio and with our audience. I love the unexpected breakdown we go into halfway through the take.”

Integral to Nalbandian’s development have been the musicians who have inspired him, no one more than his mentor, the late jazz pianist John Hicks. “The moment I heard John’s music I was blown away,” Nalbandian remembers. “It was just so good harmonically, it was so good melodically and rhythmically, and so beautiful.” Nalbandian cites Hicks’ literally hands-on teaching method as having been critical to his success, saying, “We would play with four hands on the piano…he would ask me to play something for him, like once I played ‘Pas de Trois,’ and he had a big grin on his face. He sat down to the piano and said, ‘This is how you played the first four bars,’ and he played it. Then, he said, ‘This is how I play those first four bars,’ and he played it his way. We would go through entire pieces like this – if I could figure out the difference, it was my lesson to learn.”

Album: Tirez Sur Le Pianiste (2009)
Song: “Wounds”
Description: “’Wounds’ appeas on this album and the next one, To Repel Ghosts. Tirez Sur Le Pianiste was a sneak peak as to what was coming with Ghosts. The melody floats over these crazy sonic landscapes. The concentration of those albums was to create something compelling in a very small musical space, while attempting to bring the same warmth and humanity electronically as I get when performing live.”

Nalbandian also credits Hicks’s influence as having allowed him to explore and find his own artistic voice. He says, of his switch from traditional piano to the mechanical Fender Rhodes piano for the recording of his second album, Manchester Born, “When John Hicks passed, it became an emotional thing for me to play the piano, and thus the Fender Rhodes took the heavy emotional pressure of playing piano off my shoulders. It gave me the freedom to play, and led me to find my own voice.” Nalbandian’s subsequent albums, leading up to his sabbatical and his rediscovery of solo acoustic piano work, took the form of nuanced experimentations in form, style, and instrumentation, leading up to the indisputably his own voice laid bare in the stripped-down, intimate beauty of Time Waits.

Album: To Repel Ghosts (2010)
Song: “Space”
Description: “I love the melody and harmonic movement in this song. It’s open and expansive and lyrical. After the album came out, I would play a solo rendition of ‘Space’ on tour.”

Many of Nalbandian’s influences come from the visual artwork, particularly from the work of neo-expressionist Jean-Michel Basquiat. Basquiat used broad brushstrokes to “free” his canvases, representing his artistic vision through bold and fluid paintings; Nalbandian’s robust and complex pieces not only take their linguistic cues from Basquiat, but also resemble a sort of auditory interpretation of Basquiat’s visual works. Nalbandian explains the particular kinship he feels towards Basquiat by saying, “When I was a kid, I used to watch old Brooklyn Dodgers games and old fights every Saturday morning. So, as a kid, my heroes were Jackie Robinson and Muhammad Ali, not realizing that Robinson wasn’t playing and Ali wasn’t boxing anymore…What really resonates for me, with Basquiat, is that he is also very reverential of the past…and his art is very intense and very free.”

Album: Coup de Grace (2011)
Song: “Rebellion”
Description: “After some open free playing, Han [Bennink] and I settle down into this descending figure that opens p Han to improvise against it. We unexpectedly start morphing slowly into Ornette Coleman’s beautiful composition ‘Lonely Woman’ as our intensity increases…I love where we ended up taking the song.”

“Very intense and very free” – Nalbandian’s praise of Basquiat’s work can be aptly applied to Time Waits and to the musician himself. As he explains it, “I’ve maintained the same excitement and enthusiasm I had as a 15 year old jazz lover – I wake up every morning and I find something that moves me, or I go somewhere to be inspired.” This renewed inspiration is on full display on Nalbandian’s new album, and the pianist’s enthusiasm and passion is contagious, both on record and in conversation. Each track has a certain easiness and gentle flow, from the sweet “Hancock Park” that begins the album, to the transfixing composition “Time,” and finally to the introspective “Logan Square” (see below to listen to and read Nalbandian’s description of this track), that reflects Nalbandian’s artistic voice. The loose and beautiful sonic tapestry that is woven by Nalbandian’s restrained playing really represents both a new chapter, but also, in many ways, the natural progression of years of focused experimentation and playing.

Album: Quiet, as It’s Kept (2011)
Song: “October”
Description: “October has a very open melody, partially inspired by the way Wayne Shorter writes. I love playing with this trio! Eric Revis, Nasheet Waits, and I explore some really fascinating territory on this song and throughout the album. The way we all build into polyrhythms on ‘October’ is always fun for me to listen to.”

Album: Surrounded By Snakes (2013)
Song: “Becoming the Villain”
Description: “’Becoming the Villain’ is the climax of Surrounded by Snakes and the crux of the proverbial narrative I attempted to create on the album. It’s a very intense song, with an improvised solo that doesn’t let up. There are so many things going on all over this song, both in the background and foreground…Check out where the song ends up going towards the end.”

Album: Time Waits (2014)
Song: “Logan Square”
Description: “Logan Square is a neighborhood in Chicago, a very happening one at that. This song represents a very important time in my life; it’s a song about reflection…and I felt a fitting way to conclude my first solo piano album.”

For more information about Armen Nalbandian and his music, check out ArmenNalbandian.com. His latest studio album, Time Waits, was released May 23, 2014 on Blacksmith Brother Music and is available for download on iTunes.