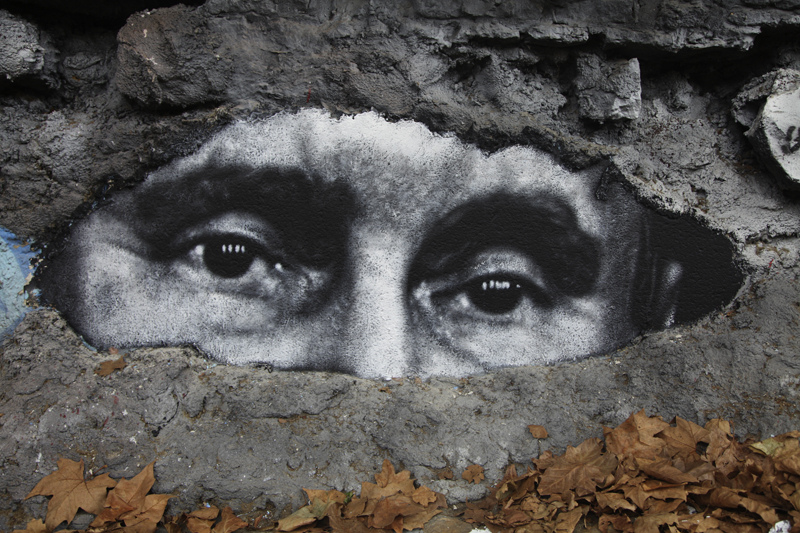 On January 1, 2015, the Eurasian Economic Union (EEU) will go into effect and alongside Kazakhstan, Belarus, and Russia will be Armenia as one of its four founding members.

When President Serzh Sargsyan announced that Armenia would be joining the Eurasian Customs Union more than a year ago, the decision was met with skepticism in some circles. Now that Armenia is officially a member of the Eurasian Economic Union, as of October 10, 2014, that skepticism still exists.

“Why the EEU and not the European Union?” critics asked. Some suggested that Russia used Armenia’s dependence on its energy and security to influence the decision. Others raised questions about potential customs checkpoints being implemented at the Artsakh border.

The truth is that choosing membership in the EEU over an association agreement with the EU is much more logical. For starters, the majority of Armenian citizens support an EEU membership. According to a Gallup International poll that was conducted in October of last year, 64 percent of Armenians favored membership into the union.

Populism aside, Armenia sits between two sworn enemies, one which regularly fires upon it. When making political decisions, its foremost concern is, and must be, security. Today, Armenia’s security fundamentally depends on its military alliance with Russia, which was formed in 1997 and extended in 2010. As part of this agreement, Armenia receives discounted and advanced military hardware as well as security provided by Russian soldiers at the Turkish and Iranian borders. In return, Russia maintains a stronghold in the strategic South Caucasus among other regional powers like Iran and Turkey.

Armenia has become even more dependent on Russia as a result of the extraordinary increase in military spending by Azerbaijan. Due to the country’s massive oil revenue, Azerbaijan has used its new wealth to increase its defense budget by nearly 2000 percent since 2004. According to the Stockholm International Peace Research Institute (SIPRI,) Azerbaijan allocated $3.44 billion for defense in 2013 while Armenia spent a meager $427 million in comparison.

But, despite the fact that Armenia has a defense budget that’s dismal compared to its enemy’s, the country has successfully maintained a military balance, prevented a potentially devastating war, and avoided any territorial losses. Russia often plays both sides, although, for lack of an alternative, Armenia has put in its lot and the alliance has proven fruitful in many regards.

Moreover, Armenia has been historically reliant on Russia to defend against its more traditional foe: Turkey. During the Artsakh War, and before the establishment of the Collective Security Treaty Organization (CSTO,) a significant portion of Armenia’s military resources were kept in Armenia proper rather than Artsakh due to fear of a potential invasion by Turkey. If not for the presence of Russian soldiers at the Turkish-Armenian border, it’s likely Turkey would have invaded once the tide of the war turned for Azerbaijan.

It is this self-interested Russian support that Armenian authorities are cautious not to endanger; any erosion in this relationship could prove fatal to Armenia and to the Artsakh Republic.

By contrast, Armenia’s potential path to EU membership, by way of the European Union Association Agreement, would provide no security guarantee and would risk alienating the country’s sole security guarantor, Russia. If the EU Association Agreement was signed, not only would Russia decrease its level of support as a consequence, the sacrifice would be in the name of future benefits that may never actually materialize.

The EU’s impotence in cases of international enmity is on display in Cyprus. For all its economic might, the European Union has been unable to apply any meaningful pressure on Turkey for the return of occupied territories in Cyprus, one of its member states.

When it concerns Armenia, the European Commission — the executive body of the European Union — has previously questioned the presence of Russian soldiers on Armenian soil and it’s been suggested that the existence of a Russian military base in the country impedes Westernization and reform in Armenia. But despite these critiques, the EU has failed to suggest how Armenia can otherwise ensure its security.

Beyond its security needs, Armenia has other reasons to prefer membership in the EEU. By opting into the EEU, Armenia will reap notable monetary benefits, like a massive share in annual tariff revenue. According to an International Monetary Fund (IMF) representative in Armenia, the country’s membership in the union will bring in about $250 million a year in customs revenue. Russia is already a big trading partner with Armenia, but entry into the EEU will give Armenia additional opportunities to build export relationships. As an added bonus, Armenia will secure privileges for 752 products in the first five years, meaning that EEU taxes won’t apply to the country during this time due to its union membership.

Membership in the EEU will also help Armenians working in Russia, as well as the families they subsequently support back in their homeland. Today, hundreds of thousands of Armenians who work in Russia contribute more than $1.5 billion annually to Armenia’s economy in the form of remittances. Many of these Armenians are seasonal workers who often don’t have legal status in the country and risk illegal work conditions and deportation. Being a part of the Eurasian Economic Union will undoubtedly help facilitate better labor conditions across member states, which will improve the quality of life for these workers and ensure stability for the Armenian economy dependent on their support.

Further, accession to the Eurasian Economic Union will guarantee Armenia’s stability in the energy market and secure preferential rates for the future. This is particularly important considering Armenia is fully reliant on Russia for its gas supply. As part of the negotiations for membership in the EEU, Armenia has been able to guarantee preferential gas rates that will be upheld until 2018.

This is the opposite of what Armenia can expect as a former Soviet republic in the European Union’s sphere of influence. Russia has a history of imposing retaliatory energy policies on Eastern European countries that have drifted toward the West. In fact, the five countries with the highest gas rates are all former Eastern Bloc members that are now EU members or candidates. At the moment, Armenia receives the second-lowest rate for Russian gas in all of Europe, after Belarus.

In spite of all these indisputable facts, there are potential advantages that the Association Agreement could have provided. Perhaps the most important of these is the prerequisite of better business and government regulatory laws that are in line with EU standards. These regulations are intended to lead to a more independent judiciary, a freer economy, and improved civil society.

However, as attractive as all of these qualities may be, simply agreeing to the Association Agreement will not lead to reform in a culture that’s been developed under centuries of corrupt Ottoman and Soviet occupation. This can be seen in many former Eastern Bloc EU members, like Bulgaria and Croatia, where corruption is rampant and the respective economies continue to underperform.

More importantly, there is no reason to believe that any of the potential benefits promised under the Association Agreement cannot be achieved from within Armenian society and without external pressure. If Armenia is to transform into a more open and just society, it will be up to the citizenry of the republic and not a technocrat posted in Brussels.

Another potential benefit of the Association Agreement was the opportunity to increase trade with the European Union, as part of the mutual and gradual tariff elimination. The European Union offers a market of about 500 million people as well as the world’s biggest collective economy, which together trump the economic breadth of the Eurasian Union.

But along with a highly developed economy comes a high level of competition. Even with reduced tariffs, it’s unrealistic to expect Armenian goods to be competitive in such an aggressive market. At the moment, most of Armenia’s exports are raw materials rather than produced goods. The low level of tariffs will not change the fact that Armenia’s economy has a long way to develop. On the other hand, the markets of the EEU are much less developed and competitive, meaning Armenian companies will have a better chance to create a demand for their goods in this more realistic marketplace.

Doing business with less corrupt and more economically potent nations will not improve Armenia simply by association any more than doing business with the United States or Europe makes Saudi Arabia more democratic or less misogynistic. Any potential long-term benefits provided by the European Union are attainable by Armenia if there is an internal understanding of the importance of such improvements. Given Armenia’s current geopolitical realities, the Eurasian Union is a pragmatic decision with returns that will ensure the stability of Armenia in the near future while creating new opportunities for the country’s economy.