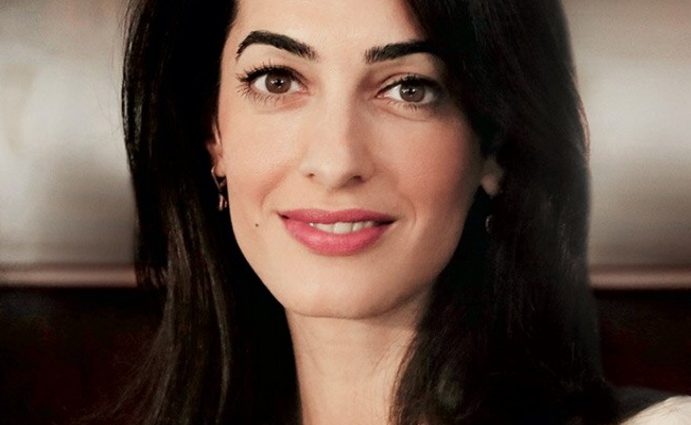 Amal Clooney is representing Armenia in the case of Perincek v. Switzerland, where Turkish citizen Dogu Perincek, a member of a group called the Talaat Pasha Committee, is accused of denying the Armenian Genocide at a conference in Switzerland by calling it an “international lie.” Clooney’s presence on the legal team has produced a flurry of media coverage that would have been unimaginable for a genocide denial case at the European Court of Human Rights (ECHR) that involved Perincek, a veritable nobody. This has created a publicity nightmare for Turkey, which has spent millions of dollars on public relations firms in the United States and abroad to promote Armenian Genocide denial.

Now, rather than being relegated to the annals of media blips and nonstarters, the Perincek v. Switzerland case has generated widespread media coverage about the Armenian Genocide and its denial from the most unlikely sources including BuzzFeed, Cosmpolitan, People, Elle, Harper’s Bazaar, Entertainment Tonight, Access Hollywood, and even from ribald celebrity gossip blog Perez Hilton. When we last checked, the BuzzFeed article alone had been viewed almost 200,000 times.

And it’s all Turkey’s fault.

In case you were wondering what Turkey and Armenia have to do with a case that’s not between Turkey and Armenia, the European Convention on Human Rights, the founding document of the ECHR,  allows third-parties to submit comment and “take part in hearings” on behalf of their nationals during cases before the court’s Grand Chamber. Perhaps seeing it as an opportunity to gain the upper hand in its self-imposed Sisyphean genocide denial exercise, Turkey applied to the court to become party to the hearing of its citizen on trial for denying the Armenian Genocide – and was approved.

In light of the court’s approval to allow Turkey to participate, Armenia’s prosecutor-general, Gevorg Kostanyan, announced last July that Armenia, too, would apply to be party to the case, referencing another allowance of the Convention. Armenia was given permission to participate, joined by France and eight other applicants who were allowed to provide comment on the side of Switzerland.

In a brilliant move, Armenia, represented by Kostanyan and deputy minister of justice, Emil Babayan, assembled a legal team including Clooney and famed human rights lawyer, Geoffrey Robertson. The cachet of two powerhouse human rights attorneys aside, Clooney brought with her the corps of paparazzi that follow her every move. An ill-advised question by one of them about what designer’s clothes she was wearing spawned even more coverage, especially in fashion publications, mostly deriding the paparazzo for asking such an inane question to a woman arguing a case about genocide denial standing before a high court.

The story was also covered by media outlets you would expect like Time, Huffington Post, the UK’s Independent, and the New York Post, although they nevertheless seemed more interested in Clooney’s presence than in the landmark case. One exception is the The Telegraph, which can be credited with using the Clooney-induced frenzy to provide a comprehensive look at why Turkey denies the Genocide. Whatever story they wrote, though, almost every outlet that covered the event discussed Turkey’s genocide denial.

In what they must have expected was a prime chance to lodge a rare victory, Turkey needlessly involved itself in the case, expended government resources, and seemingly misjudged Armenia’s ability to outmaneuver it. And the result, thus far, is that Turkey now has more humanitarian crime-flavored egg on its face than usual. When it’s done denying the Genocide at the European Court of Human Rights, Turkey may want to jump on the phone with one of those PR firms – it’s going to need them.