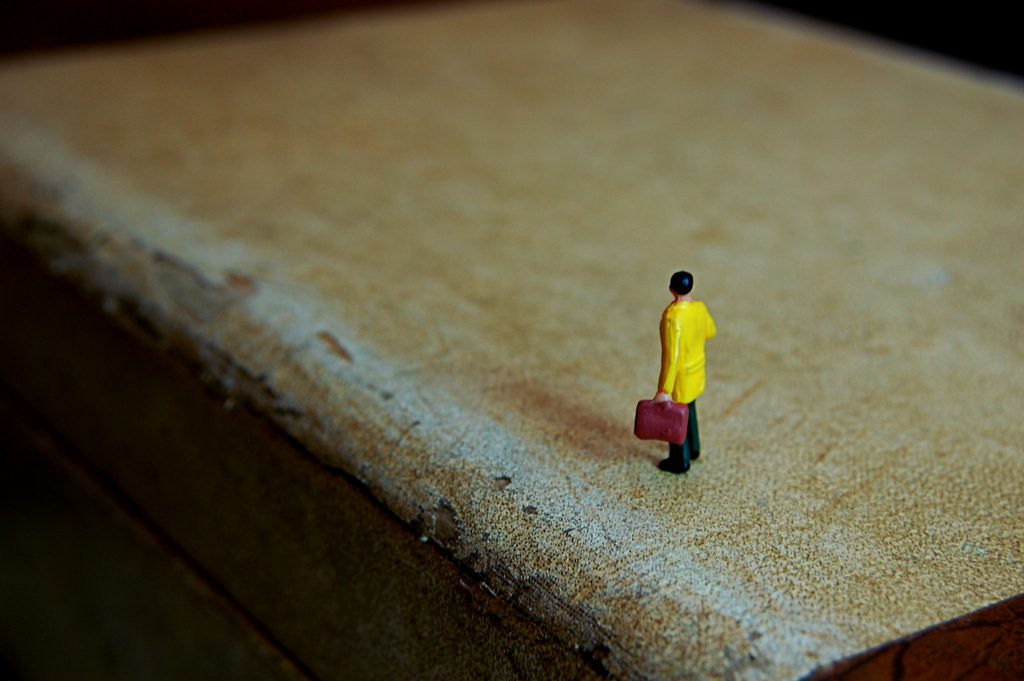 It all started with American jazz… in Armenia. I grew up in Yerevan, so lying down on the living room floor and listening to Louis Armstrong wasn’t really a popular pastime in the place where I was raised. But thanks to my father’s love of music, that’s how I spent many of my childhood days. Our home was packed with exotic vinyl records and while most of my friends daydreamed about visiting the Eiffel Tower in Paris or the Colosseum in Rome, I would do almost anything to be in New Orleans listening to a jazz band perform live. That’s where my fascination with American culture began. It didn’t take long for me to realize that visiting the States was something I had to do.

So, at the tender age of 15, I loaded my luggage and headed for America, first as an exchange student at a high school in Oregon, then as a student at Glendale Community College in California; now, I’m a college senior in Minnesota. During my five years in the States, I’ve learned that no single description about the country is accurate. Its large size, ethnic diversity, confronting ideologies, and tenacious history make it difficult to describe the U.S. in one all-encompassing thought. It’s a country with mind-boggling poverty and jaw-dropping opulence. It’s rural Iowa and cosmopolitan New York City. It’s a place laden with culture shock: all you have to do is travel from one state to the next. It makes sense, then, that I should stay cautious when describing such a diverse country.

That said, there is one ideology that seems ubiquitous in America: individualism. This is undeniably one of the first things a foreigner will take note of when arriving here. Whether it’s a five-year-old child being encouraged to tie his own shoes or an 18-year-old teen moving out of his parents’ home for the first time, Americans grow up with the expectation of becoming independent early on and are rewarded heavily for personal achievements. And, as you’d expect, the ideology has much to do with the country’s roots.

America was founded with the intention to form a society that held a unique view of government. The first settlers left their former countries due to lack of freedom and relocated to the New World with independence and personal freedom in mind. In the pursuit of particular liberties and latitude for personal economic achievements, the settlers shaped a culture that would value personal achievements over the community’s. Prominent figures like John Locke only helped to develop this individualistic ideology further. As the “Father of Classical Liberalism,” Locke embraced identity, self and individualism as a way of life and influenced American revolutionaries to do the same. In 1776, America had already begun to adopt Locke’s ideologies with its Declaration of Independence, setting the tone for the country’s future.

Until today, most Americans are fueled with the idea of individualism. But, to me, some have taken the lifestyle too far. It’s true: everyone should be able to achieve their full potential. But when triumphalism trumps all else, it makes individuals indifferent about society at large. Granted, my time in America has been limited and the country’s vast landscape make its cultural differences incredibly complex. California is not the same as Kentucky and New York is very different from Nebraska. But, in the states that I’ve lived in thus far, I’ve rarely witnessed public spirit. I’m reminded of the time a friend took me on a drive around downtown Los Angeles. The scene of hundreds of people living on the streets in makeshift tents enraged me. I didn’t understand how such blatant homelessness could exist in a country that’s one of the richest in the world — and in a place that’s mere minutes away from high rises hosting successful professionals and spacious lofts where well-to-do Angelinos reside. In many ways, it seems that sense of community has been sacrificed and replaced with an “every-man-for-himself” mentality.

This mentality has an enormous effect on politics as well, one recent example being the newly adopted Affordable Care Act. Yes, providing universal health insurance is complicated and yes, the administration’s execution was flawed and at times ambiguous, but the aggressive response from some Americans at the idea of all citizens having health care left me genuinely perplexed. I was shocked that critics viewed it as such a radical and unorthodox idea, even depicting President Obama as someone who aims to bring communism to America. “Yes,” I thought, “this is definitely the fruit of rigid individualism.” But, in the same breath, I also realized that the plan was proposed by the president of the United States, supported by hundreds of millions of citizens in the country, and ultimately passed as law. It was these supporters of the ACA who forsook the idea of individualism and, rather, promoted the path of societal good.

This same societal spirit, of course, also exists on an interpersonal level. When I came to Oregon as an exchange student, I was astounded by the warmth and attention I received from the American family that was hosting me. Their mission — day in and day out — was to make me feel at home. The same goes for the family I stayed with in California, whose generosity was at times overwhelming. Then, there’s the helpfulness of complete strangers, like the man who drove me to the train station and bought me a ticket when I finally figured out that my bus from the airport wasn’t going to show. Before leaving, the kind-looking man in his mid-60s smiled and said he was “passing it forward” because people have done good things for him.

It may seem strange at first glance, but Americans thrive on individualistic values and generosity alike. In a nation of over 300 million citizens, it’s expected that such dichotomies exist. It’s a country of many complexities and contradictions and I’m lucky to learn more about it every day.

I may sometimes be taken aback by America’s focus on individuality, but I also need to acknowledge its positive points as well. Individualism has fostered human creativity in almost all aspects of life. It’s encouraged people to find and develop their talents and inner depth. Without it, we might not have the very musicians and artists I idolized as a young child listening to records in Armenia. It’s quite a balancing act indeed. But here’s to hoping there’s a happy medium somewhere between individual achievements and a devotion to the public. While we search for it, I’ll be putting on a record and listening to some classic American jazz.

Erik was born and raised in Armenia, but came to the U.S. at age 15 as an exchange student at Newport High School in Oregon. He's currently a college senior at Southwest Minnesota State University and majoring in Political Science.