ISIS Is Behaving Like Azerbaijan in Cultural Destruction Frenzy

By: William Bairamian
In: Politics
With: 2 Comments 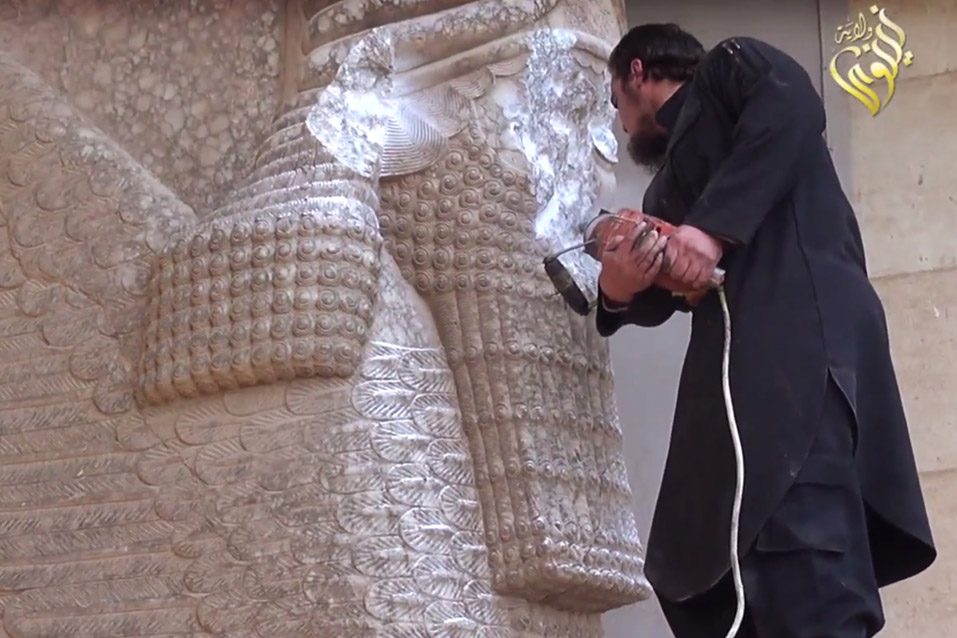 The video of ISIS running roughshod through an Iraqi museum in Mosul, defacing and smashing ancient statues is horrifying. Armed with sledgehammers, jackhammers, and other tools, members of the ultra-radical terrorist group destroyed millennia-old singular artifacts from the world’s earliest civilizations. The senseless destruction of cultural and historical monuments is a reminder of when Azerbaijan bulldozed, smashed, and pulverized an entire medieval Armenian cemetery – then turned it into a shooting range – not ten years ago.

Starting in 1998, Azerbaijan began to bulldoze thousands of intricately carved Armenian burial stones in Julfa, Nakhijevan, a territory granted to Azerbaijan during the USSR. After the turn of the century, Azerbaijani soldiers used sledgehammers to break up the headstones, some being reduced to mere gravel. The stones were then dumped in the Arax River, erasing any trace of Armenian culture there. The site of the cemetery was turned into a military shooting range shortly thereafter.

ISIS destroyed artifacts over 2,500 years old; Azerbaijan destroyed and desecrated the final resting place of thousands of people. There is no better or worse, just different shades of sick.

2015-02-27
Previous Post: The Unbearable Grayness of Buildings: Soviet Architecture in Armenia [Photo]
Next Post: What I Miss Most About Armenia: Long Walks and Even Longer Nights