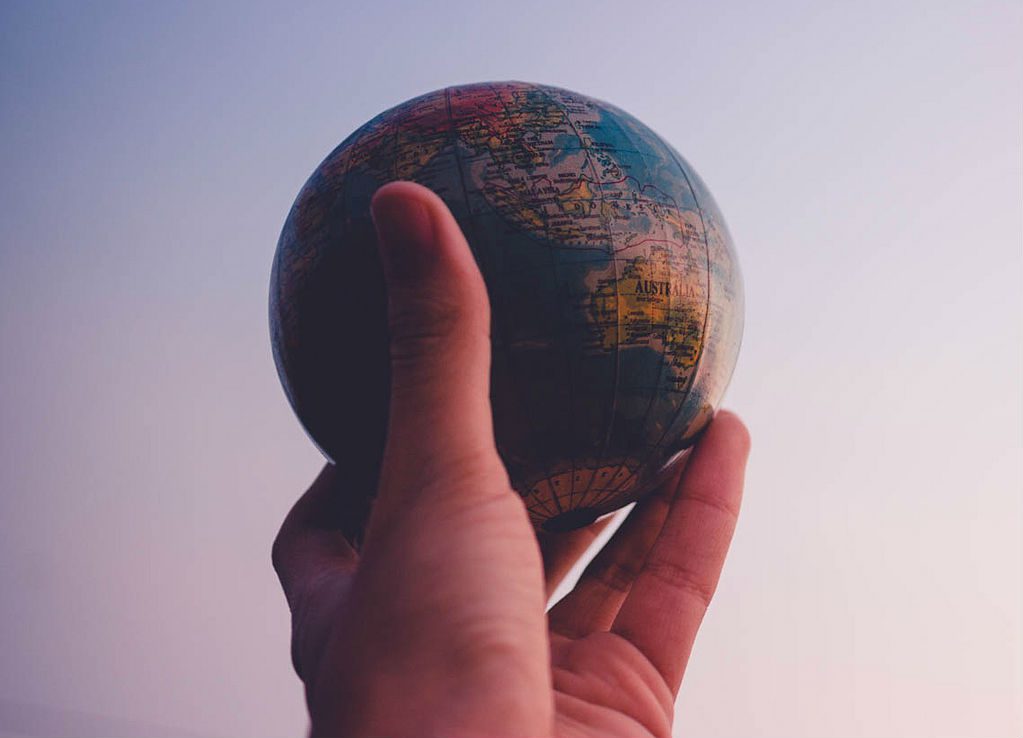 “Saved From What?”: A Short Story

“Buying my truck was important to me. Most of my friends went to college and now they sit on mountains of debt, but I decided to work in construction. That’s how I paid for it. Wasn’t cheap, but it was the one I wanted.” The dimly lit dining hall put Clov at ease to speak freely about himself. He was known to open up after a beer or two, and the conversation never shied away from what was dear to him.

Clov’s wife continued to inattentively feed their daughter, as the others around the table chimed in on his thoughts; whether his guests were genuinely interested or meekly curious, it made no difference. His future was mapped out, wishfully, practically, and everyone deserved to be enlightened. All was set for the coming year. He was to buy a home while living luxuriously on weekends, because unlike his former peers, he had chosen not to go to college.

A week passed since the dinner; work was work for Clov.  He was employed under his wife’s father for the month, because the pay was slightly more pleasing.

His daughter turned a year old the following day – a sobering reminder for both parents that they needed to start saving up for a second one. The two dreaded the idea of siblings being several years apart. Well, at least Clov’s wife did. She had been planning for her children since she was a little girl. The first had to be a girl – it would’ve taken her some time to mentally prepare if it hadn’t been – and the second, well the second could be either, as long as the first was what she wanted.

Things had gone according to plan before, and they should again. It was time for another.

“It’s the phone, honey!” Clov yelled irritatedly across the hallway. The hockey game was on and he needed to watch it in peace. Today was his day off.

The Leafs were up against the Red Wings and both teams were prying each other apart. The referee was struggling to keep the players from bashing their opponents’ heads into the glass, but with every blow, the crowd cheered louder, as though they were starving too. You could almost hear the athletes gnashing their teeth, as the unified clamour increased the tension inside the rink.

The game went on. The Leafs lost yet another.

Clov put his beer down and went to sleep.

“Did you hear about the Armenians in Syria?” asked Clov’s wife.

“What of them?” Clov muttered.

There was a pause for a moment. Their daughter began to cry in the other room; Clov’s wife rushed over and gave her a box of toys. As soon as she began to play, the tears stopped.

“Did you get your new phone?” asked Clov.

The two sat for a while, each on their own device. Clov’s wife seemed slightly distressed, but it was no matter; she had something to keep her thoughts engaged.

“Syria… how beautiful the weather in the springtime,” the father of the house said, with a yearning smile, one of promising youth, basking in thoughts of warm, ancient memories.

The family and I crammed closer as more people entered the room; the air remained unaffected by our growing presence.

We sat alongside the stone walls, facing one another, as though nothing had been said.

“Lebanon is not our home. You ask what I miss most. A man never stops missing his home.”

A boy entered the room, and shyly greeted each of us by hand. He then took a seat next to our translator.

“His family was murdered in front of him – all 16 members. He was also shot, but only in his arm. Pretending to be dead saved his life. What for?”

I sat quietly, thinking of the weather. Lebanon was beautiful; how much better Syria must have been in the spring.

The Mediterranean crept along the right as we moved, in some unspoken hurry, from one refugee home to the other. We were on our way to a Kurdish family who had been living in Lebanon for two months, beyond a banana farm, inside another stone hut.

“Where do you feel your country is?”

The war had escalated in their city. It seemed as though each time we met, the situation worsened.

“They say every seven minutes a rocket is launched at civilians. Who’s fighting this war?”

War? An amusing idea. Only a few hours over the Atlantic all anyone talked about was mortgages. Who’s fighting what, if anything at all?

“Books, books, books,” Clov said aloud, taking a short pause, as though thinking to himself the definition, maybe the purpose, of the word.

“Books,” he stated once again, “I haven’t read one in 10 years.” A proud chuckle halted his thoughts before he continued: “I don’t like reading and I don’t have time for it.”

He then left the kitchen and went outside to wash his truck. Sunday was coming to a quick end, and he wanted to be ready for work the next day.

“My husband works as an engineer, but they pay him nothing here. Syrians are not welcomed, even if countries say they have an open door.”

The woman speaking seemed young, but was masked with wounds of old age. She had burn marks running across her forehead and atop her once-delicate hands.

“I thought the baby died when the rocket went off. I thought I was to abort him.”

The young boy rolled over, giving us a skeptical glare. He then sat up and crawled to his mother.

She left to make us coffee.

A week had gone by since our last home visit. We decided to pack a bag of food and go to another.

A ringing blur. Each time I chimed in, I heard something new and nothing new at the same time.

Home was distant, many were killed, Allah will save us.

Some time later, Clov passed away. Short-lived, subtle, slightly expected. He had been a diabetic, and a good one at that, always checking his blood sugar and religiously taking his medication.

The land beneath me was crumbling as I continued walking along the shores of the Mediterranean Sea. Far behind, I envisioned a beautiful and tired Syria – gun to throat, bomb to chest, book to floor. We were all falling into an exploitive slumber. One we chose for ourselves; one the elect few placed along our path.

I reached over for my cup, looked inside, and saw only grounds.

We left the home, boarded our flight, and fell back into a deep, unbothered sleep.

Originally from Fresno, California, Elizabeth has spent some time abroad, doing humanitarian work in Germany, helping with art shows in China, and visiting Syrian refugees in Lebanon. After seeing much of the world, Elizabeth aims to use the written word to make the more neglected parts of our heart more habitable. She's now back in California, studying English.