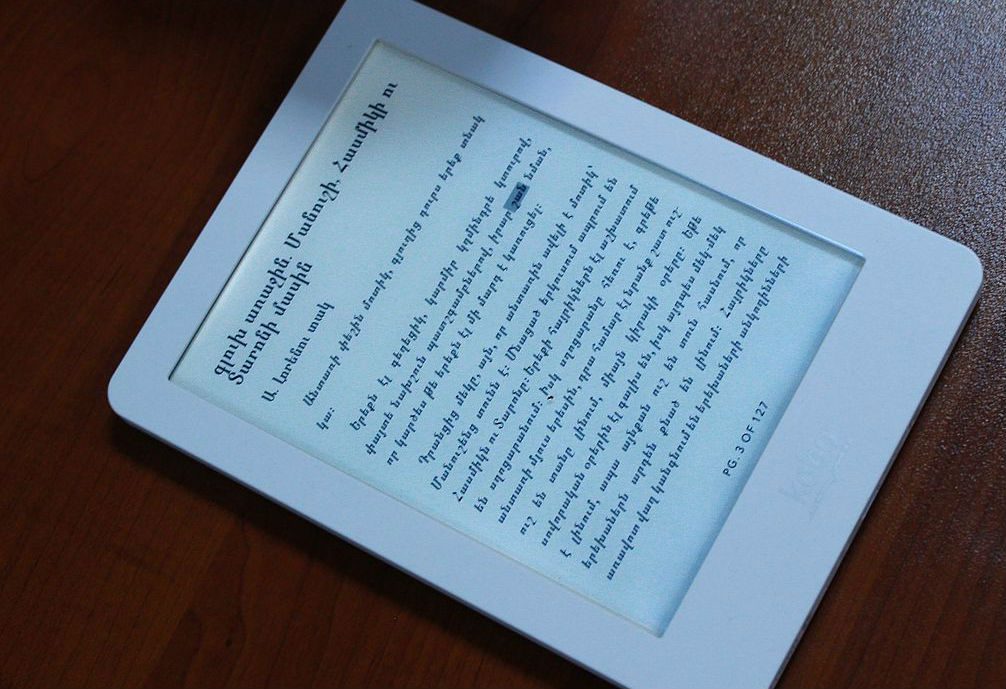 Why We Should All Read to Remember

On its face, literature is beautiful. But it can also serve a higher purpose. Many stories tell the tale of injustice, their impact transcending the mere creation of art and evolving into something that incites change. French writer Jean-Paul Sartre even surmised that literature can cause two revolutionary actions: 1) mirror back an oppressor’s wrongdoings and 2) inspire and empower the oppressed.

With the 100th anniversary of the Armenian Genocide among us, we must see the written word in this same way. The International Literature Festival Berlin and the Lepsiushaus Potsdam has memorialized the centenary of the Genocide by organizing a worldwide reading of Armenian works, which launched on April 21. The readings act as a reminder of the 1.5 million lives lost due to the Genocide, but they also share with the world the profound literary pieces by Armenians that have roused real change through storytelling.

We’ve included works from many of the Armenian writers who were honored at the event. We encourage all our readers to join in this movement and embrace the Armenian voices that the Ottoman Empire tried to silence a century ago. We, as readers of this fine literature, have a moral opportunity: to read, so we can remember.

Komitas, considered the “savior of Armenian folk music,” also wrote poetry and music centered on loneliness, death, nature, his mother, and love. A sufferer of Post-Traumatic Stress Disorder and a witness to the Armenian Genocide, Komitas’ poetry is haunted by the fleeting nature of love overcome by death.

“Let my trembling voice
Be nested in the sanctuary of your heart.
O my wing,
Let me part in a gasp
And fly away…”

An influential thinker and national figure, Siamanto was killed by the Ottomans during the Armenian Genocide. With an emphasis on freedom and Armenian emancipation from foreign oppression, he penned a poem fueled by the spirit of revolution and an unconditional love for humanity.

“Don’t be afraid. I must tell you what I saw,
so people will understand
the crimes men do to men.
For two days, by the road to the graveyard . . .
Let the hearts of the world understand.”

Yeghishe Charents (Toward the Future)

Yeghishe Charents’ poetry demands attention through grotesque metaphors and heartbreaking images of Armenian suffering. This searing pain, while dark in imagery, calls for righteousness and the global potential of social responsibility.

“Like an enormous disc made of iron
The brave will of our thousands of brothers,
So universal –
We have already thrown with immense force
Toward all the winds of the coming days,
Toward – the Future…”

He was called Shiraz because his poetry had the fragrance of roses like the town of Shiraz. Steinbeck visited him often, and he’s been considered a leading figure in the development of Armenian poetry. This particular poem compares Armenian children to flowers that continuously regenerate Armenian lives.

“The children are calling for me,
The children have not been patient,
The children brought to the city
Flowers of joy from the mountain and the valley.
But how would my dearest ones know
That it’s not their pretty flowers,
But they themselves are the spring’s life,
They themselves bring for us our spring…”

Silva Kaputikian (A Word To My Son)

This “leading poetess of Armenia” wrote poems centered on patriotism and Armenian cultural identity. A champion of the strength of Armenian women, and a heroine of life’s tragedies, Kaputikian takes on the theme of protecting heritage through demanding it be kept; a mother instructing a child.

“Open your lips and speak, my precious one,
Quick, chirp my dear one
Let it be young again on your lips
Our gray haired Armenian language

Paruyr Sevak (We Are Few But We Are Called Armenians)

One of the most powerful poets of the 20th Century, Paruyr Sevak’s famous poem is memorized by almost all Armenians. Pasted on T-shirts and recited at Genocide commemorations, this poem is evidence of survival and growth. Written in first person plural, it solidifies a common voice, a singular unity through empowering generations of Armenians.

“We are few, truly, but we are Armenians
And by being few we do not succumb
Because it is better to be few in life, then to control life by being many
Because it is better rather to be few, then to be masters by being many
Because it is better to be few, then to be swindlers
We are few, yes, but we are Armenians
And we know how to sign from yet unhealed wounds
But with a new juice we rejoice and we cheer
We know how to thrust into the foe’s side
And how to lend a helping hand to our friend
How to repay goodness which was done to us
by compensating for each one by ten
And the benefit of it just in the sun
We vote with our lives, not only with our hands
Yet if they desire to rule us with force
We know how to smoke and how to quench their fire
And if it is needed to disperse darkness
we can turn into ashes like burning candles
And we know as well how to make love with lust
And we do this always by respecting others
See we do not put ourselves above anyone,
but we know ourselves We are called Armenians
And why should we not feel pride about that
We are, We shall be, and become many”

William Saroyan (Time of Your Life)

Pulitzer Prize-winning writer, William Saroyan, walked the same halls as classic writers of the 21st century, like Hemingway and Steinbeck. When writing fiction, he drew from his early childhood as an Armenian American in Fresno, California and his fiction often builds a series of moments that pull you into the wonders and joys of life fully lived.

“Be the inferior of no man, or of any men be superior. Remember that every man is a variation of yourself. No man’s guilt is not yours, nor is any man’s innocence a thing apart. Despise evil and ungodliness, but not men of ungodliness or evil. These, understand. Have no shame in being kindly and gentle but if the time comes in the time of your life to kill, kill and have no regret.

In the time of your life, live—so that in that wondrous time you shall not add to the misery and sorrow of the world, but shall smile to the infinite delight and mystery of it.”

Hrant Dink was a columnist and editor that was assassinated in Turkey. An advocate for Turkish-Armenian reconciliation, he advocated for truth, justice, and human rights because he believed it could lead to the coexistence of various cultural identities and a more righteous world.

Talar Malakian graduated with a degree in English and an emphasis in Fiction from the University of California-Irvine. She works in online media marketing, but really hates Twitter. You can find her in Los Angeles, usually with a book, an Apple product and a cold latte.