By: William Bairamian
In: Armenia
With: 10 Comments 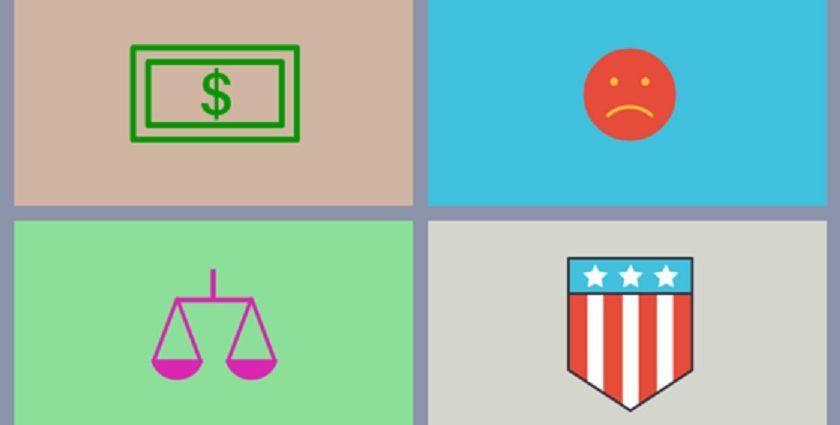 Over the weekend, Aravot newspaper published an interview with David Bequette, one of the co-founders and owners of The Green Bean coffee shop in Armenia, titled “Small business in Armenia is killed systematically.” Talking to reporter Nelly Babayan, Bequette, an American businessman living in Armenia, lists a litany of complaints he has about the business environment in Armenia. The tone of the piece, which is something like “I’m an honest foreigner doing business in Corruption Land, a.k.a. Armenia, here is my advice on how to fix everything” is unsettling.

We thought we might take another perspective on his answers and put together a parallel how-to list of how to smear a country and its small business climate while being a successful small business owner. Here are seven simple steps you can follow.

The three-year success rate for a restaurant business in the United States is about 43%. That means that almost 60% of restaurants fail within the first three years. Armenia’s success rate may be higher or lower but this gives us a benchmark. In three years, The Green Bean has opened two locations, one on Amiryan Avenue and one in Cascade: prime real estate.

Business has been going so well, in fact, that Bequette said in an interview last year that they plan to expand to Tbilisi, Georgia, and possibly Central Asia.

Actually, in the same interview, he said, “We felt it [Armenia] was a great place to build a business, with a good entry-level business environment.”

Even before that, five months after starting the business, he was singing a different tune to international accounting firm KPMG. In a report published by the firm, Bequette says that “…there is lot of room for new business ideas in Armenia…Armenia is a great jumping point to develop a business concept and extend to other countries.”

For all intents and purposes, business was and is going great for Bequette & Co. – and he knows it. So the logical thing to do is to give an interview which closes with: “Having a fair business in Armenia is an expensive pleasure and a great headache.”

Babayan writes, “The businessman [Bequette] notes that the two of them, the “Green Bean” founders, are foreigners and love to abide by the rules…” Of course they do! They are law-abiding foreigners unlike the unruly baboons called Armenians they are doing business with.

Is the reader to understand that a “foreigner,” like Bequette, must have much more difficulty doing business in Armenia than in a more civilized part of the world because Armenians, unlike he and his Swiss business partner, don’t “love to abide by the rules?”

3) Break the Rules, Get Fined, Blame the Country

The Green Bean, by Bequette’s own admission, broke the law. In Armenia, a business like his is supposed to have a fire extinguisher system and when the shop opened, it didn’t have one. So, they were fined 50,000 AMD. He says in the interview that the fine is 25% of the daily take of a coffee shop like his. Put another way, that’s 0.8% of total monthly revenue of 6,000,000 AMD.

They were also fined 300,000 AMD fine for having the kitchen staff’s changing room too close to the kitchen, also not allowed by Armenian law. He says he didn’t know about the rule despite his extensive online research into the matter.

Bequette’s complaint is that he wasn’t let off with a warning in either case (ignorantia juris non excusat – maybe the concept is more acceptable when written in an ancient language other than Armenian). Also, wouldn’t being let off for breaking the law be akin to the complaint of exceptional treatment of some by state authorities so loathed by people (including Armenians) who love to abide by the rules? This is called a paradox: a law-abider suggesting an instance when the law should not apply to him.

Thus, the natural conclusion is that state agencies enforcing laws on fire safety and food establishment sanitation are killing small businesses. Where you land on that issue might depend on your views of food poisoning and death by asphyxiation.

It’s easy to make something look bad when you set unrealistic expectations. If you expect your five year-old to be playing basketball like a pro and when he can’t, call him a loser, it may not be the kid who needs helping. Bequette actually complains that Armenia doesn’t have something like America’s Small Business Administration (SBA).

The SBA was created a mere 176 years after American independence. Armenia, after 25 years, is ranked as one of the easiest places to do business in the world. It has offered a barrage of incentives which have encouraged a burgeoning IT industry. It has low taxes on low revenue small businesses.

Would it be good if Armenia had an SBA? Sure. Would it be great if the country had lower lending rates because it had higher capital because foreign investors were not discouraged from putting their money in Armenia’s banks because of articles like this enabled by Bequette? Yes, that wouldn’t be bad either.

Bequette says in his interview that he doesn’t like the fact that the customer relationship management (CRM) system he uses is offered by only one company because, according to him, the machines are probably owned by someone connected to the political establishment and his sales information is probably then stolen and used by his competitors who are, unlike him, engaging in shady business practices.

So, you don’t actually need to know that your business information is being stolen and being used by a competitor, you just assume that it is, infer because of it that the government is corrupt, and say that the system is broken.

All that logical leaping is taxing (good thing it doesn’t require us to pony anything up otherwise we’d be broke).

Nobody likes spending money they don’t have to but how about on a business accountant? Bequette is upset that he has to hire an accounting firm. “Every month, we spend an extra 1,000 USD from our turnover [revenue] to rent an accounting company to escape communicating with the tax service.”

But in that place whence he gets his business cues, hiring an accountant for a small business is almost second-nature. After all, wasn’t the point of all this for Armenia to be more like America?

7) Have an Uninformed Accomplice

At one point, Bequette complains about the “monopolization” of CRM machines (for Bequette and some others in Armenia, having only one supplier in the country is always the result of state-sanctioned monopolies and never a question of costs or any other economic mumbo jumbo). In response, the reporter, Babayan, writes, “who [sic] we can explain a foreign businessman who does not have artificial monopolies in his homeland that the monopoly in our country is such a “sweet thing” for some people.”

Who can explain to this Armenian journalist to know what she’s talking about before embarrassing herself and her country as a matter of unnecessary ignorance?

The interview seemed to lead to the following conclusions: cheaper business supplies, lower or no taxes, cheap credit offered by a government agency, and laws more laxly enforced (on the business in question). At least Bequette is optimistic enough to believe Armenia can be business heaven.

The greatest misfortune of the article is that Bequette had an opportunity to make some valid points – like one about making customs more efficient, making laws more accessible online in different languages, or creating better lines of communications with state agencies – but instead wasted it by feeding into the stream of vitriolic faux-news so common in Armenia.

As the head of a company who is privy enough to the local mindset that it laments its customers patronizing businesses it thinks are run by “corrupt business people,” the accusations in the interview come off as being even more remarkably tone-deaf.

Despite his success, he’s apparently been in Armenia long enough to adopt the obstinate cynicism and pessimism of the local populace but not long enough to understand the devastating effect these sort of unbridled aspersions have on the collective psyche of locals, especially youth, and the effect that it has on potential investors.

At least The Green Bean won’t have to worry about any foreigners wanting to open coffee shops in Yerevan any time soon.

2015-09-01
Previous Post: An Epic Archaeological Dig is Rushing to Excavate a Massive 2,600-Year-Old Cemetery in Armenia
Next Post: After #ElectricYerevan, Attempt to Revive Protests (VIDEO)