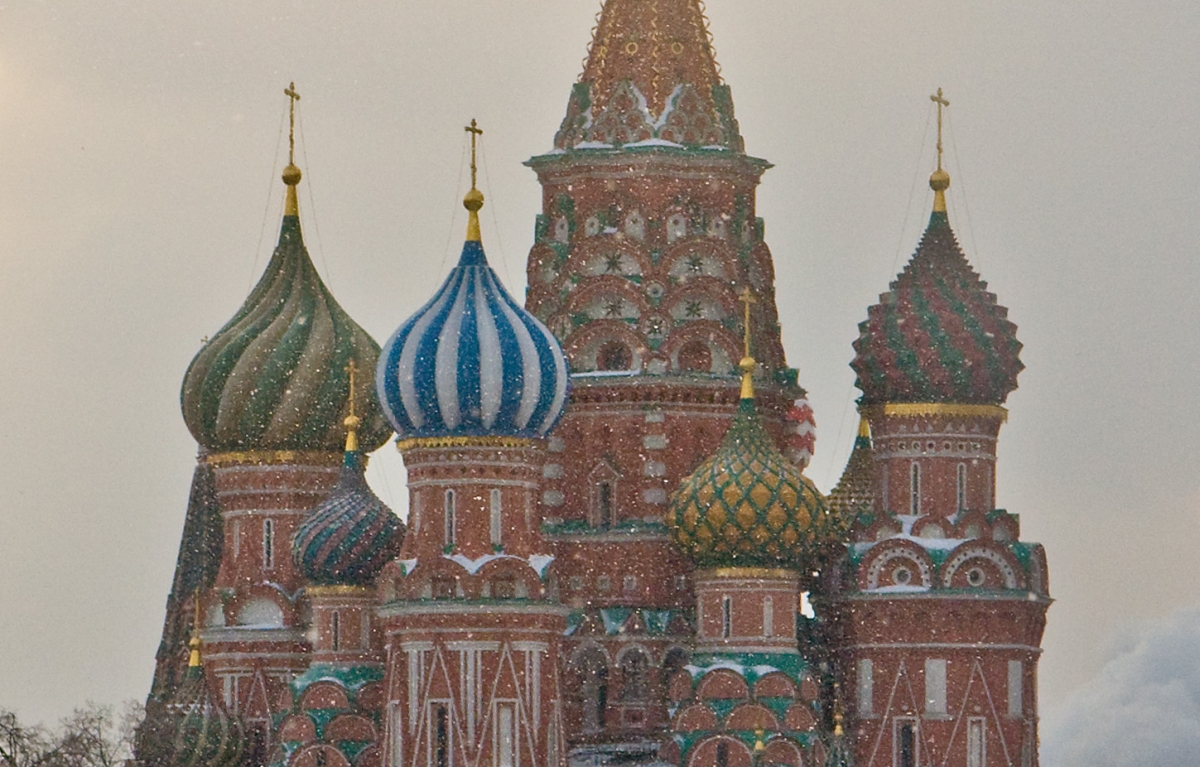 No, Russia Does Not Want War in Nagorno-Karabakh

In a recent op-ed in Al Jazeera, Caucasus political analyst Richard Giragosian argued that Russia, desperate to retain its influence in the former Soviet space, seeks to spark an armed conflict in Nagorno-Karabakh (Artsakh). Specifically, he asserted that the military build-up between Armenia and Azerbaijan has “greatly enhanced Russian power and influence” and that “the looming risk of ‘war by accident’ may be a tempting tool for Moscow to consolidate its leverage in the region by provoking, promoting and then exploiting renewed hostilities.”

The move, wrote Giragosian, could “garner greater dividends for Russian hard power.” He added that this “stems from the Russian desire to further project its power in the South Caucasus by seeking to spark further military confrontation in order to deploy Russian peacekeepers to Nagorno-Karabakh.”

The notion that Russia aims to purposefully instigate a war between Armenia and Azerbaijan is illogical and conflicts with the basic realities of the Caucasus region. The allegation by Giragosian is an extreme version of the idea of Russia using the Nagorno-Karabakh issue as a “divide and rule” mechanism to retain Armenia and Azerbaijan in its sphere of influence. This concept is derived from a flawed historical understanding of the origins of the dispute, which attributed the assignment of Nagorno-Karabakh to Azerbaijan to the cynical interests of Stalin and Soviet Russia.

However, this myth has recently been put to rest. The historical research of the scholar, Arsene Saparov, persuasively argued that Nagorno-Karabakh was assigned to Soviet Azerbaijan based on the fact that it was, despite its overwhelming Armenian majority, controlled by Azerbaijan at the time of Sovietization. Simply put, it was easier for the Bolsheviks to sanction the pre-existing situation on the ground while giving the Armenians the concession of political autonomy, a solution that satisfied neither side. Stalin, far from the height of his power, played only a minor role.

This debunked divide-and-rule premise notwithstanding, the idea that Russia would want a war in Nagorno-Karabakh also runs contrary to Russia’s strategic interests in the region. Russia’s primary interest is stability and security, not war and chaos. This is especially important given Russia’s concerns with the rise of Islamic extremism in the North Caucasus. Specifically, Moscow wants to shore up its position in the region by having a secure buffer of friendly states south of the Caucasus Mountains that will help it contain and isolate this threat.

Armenia, Russia’s main military ally in Transcaucasia, is a key part of this strategy. Georgia, which has its own problem with Islamic extremists, is likewise an important component of it. However, Russo-Georgian tension, especially during Mikheil Saakashvili’s presidency, has hindered these efforts. The current Georgian government, led by the pragmatist prime minister Irakli Garibashvili, seeks to mend Russo-Georgian ties—and with good reason.

Georgia’s Pankisi Gorge, home to a Chechen subgroup known as the Kists, has become a prime target for ISIS recruiting efforts. One of its natives is Omar al-Shishani (born Tarkhan Batirashvili), a veteran of the 2008 war in Georgia and now a top ISIS commander.  This has raised much concern in Moscow, which faces a similar problem across the border in the North Caucasus.  In a recent 60 Minutes interview with Charlie Rose, Russian President Vladimir Putin noted that “more than 2,000 fighters from Russia and Ex-Soviet Republics” are fighting on Syrian territory.

This only underscores the need for cooperation between Tbilisi and Moscow. Both share a common interest in combating the spread of terrorism and Islamic extremism in Pankisi and in the Caucasus generally. Yerevan too shares this interest. In fact, for both Armenia and Georgia, the presence of ISIS in the neighborhood has reawakened bad historical memories. Having a large country like Russia nearby to ward off such threats is a major advantage for the security of both states.

Russia’s concerns in the Caucasus are not just limited to Islamic extremism. Moscow is also troubled by efforts, led by the United States, to expand NATO, to promote Western-backed energy projects, and to encourage pro-Western “color revolutions” in the region. Russia is perplexed by these moves, which it regards as a continuation of Cold War containment. These measures are also viewed by the Kremlin as creating the conditions for instability in the region, as the 2008 war in Georgia demonstrated.

Given this, a war in Nagorno-Karabakh, especially in light of recent events in Ukraine and Syria, is the absolute last thing that Russia wants or needs. This explains the reason for the Russian-backed Sochi summit on Nagorno-Karabakh in August 2014. Hostilities on the ceasefire line between the sides reached alarming levels and Russian President Putin sought to calm tensions between Baku and Yerevan. If Russia really wanted a war, it would have permitted the ceasefire violations to escalate until a major conflict erupted. Instead, Russia sought to avert that prospect.

In Giragosian’s view, “Russia has largely benefitted from the unresolved nature of the conflict” over Nagorno-Karabakh since the 1994 ceasefire. This is not the case. Although the tenuous ceasefire has maintained some peace and stability in the region, in the long term, Russia is not interested in seeing any renewed hostilities over Nagorno-Karabakh. At the same time, long-term solutions to the issue have been elusive; Putin and other Russian officials acknowledge this.

Nevertheless, Giragosian is correct on one point; Russia has indeed supplied both sides with weapons. It is true that Moscow has cautiously supplied weapons to Azerbaijan, in part to entice it to join the Eurasian Union.  However, the political reality is that Armenia remains Russia’s major military ally and most reliable partner in Transcaucasia. Russia’s major military infrastructure in the region, including the 102nd military base at Gyumri, is located in Armenia.  Further, Moscow’s military obligations and security guarantees to Yerevan remain firm.

The Russian-Armenian relationship, determined by hard political factors and security interests, is mutually beneficial for both countries. For Armenia, Russia remains the strongest guarantor for its security against potential threats and concerns from its hostile neighbors, Turkey and Azerbaijan. For Russia, Armenia remains an important and friendly pillar in a strategically vital region.

The conclusion of Giragosian’s piece is that, “…the danger of a ‘war by accident’ over Nagorno-Karabakh necessitates much more strategic scrutiny and greater attention by the West. This remote and fairly removed conflict can no longer be so easily ceded to Russian control. Moscow has been afforded too much room as a primary actor for far too long.” This conclusion is based on another troubling premise.

The West, he wrote, “can no longer so easily cede” the Nagorno-Karabakh dispute to Russia. However, is the dispute the West’s to “cede” at all? Conflicts, such as the one in Nagorno-Karabakh, are not pieces in a “great game” between the “great powers” on a “grand chessboard” (to quote Zbigniew Brzezinski). Instead, they are international disputes that require international cooperation, not competition.

In addition, the view that the West can “cede” the dispute to Moscow also implies that Armenia, Georgia, and other post-Soviet countries are objects that can be “ceded” from one power to another. According to this perspective, Yerevan, Baku, Tbilisi, Kiev, Astana, and others are not independent political players, whose relations with Moscow and the West are determined by savvy, pragmatic interests. In this view, they cannot decide for themselves what kind of future or political system they should have. This problematic position also arises from an outlook based on international competition, not cooperation. However, the Caucasus needs much more of the latter and much less of the former if is to find peace, security, and stability.

Pietro A. Shakarian is a PhD Candidate in Russian History at The Ohio State University in Columbus. He earned his MA in Russian, East European, and Eurasian Studies at the University of Michigan in Ann Arbor. In addition to The Armenite, he has written analyses on Russia and the former USSR for The Nation, Russia Direct, and Hetq. He is also an Associate Editor at the Gomidas Institute.