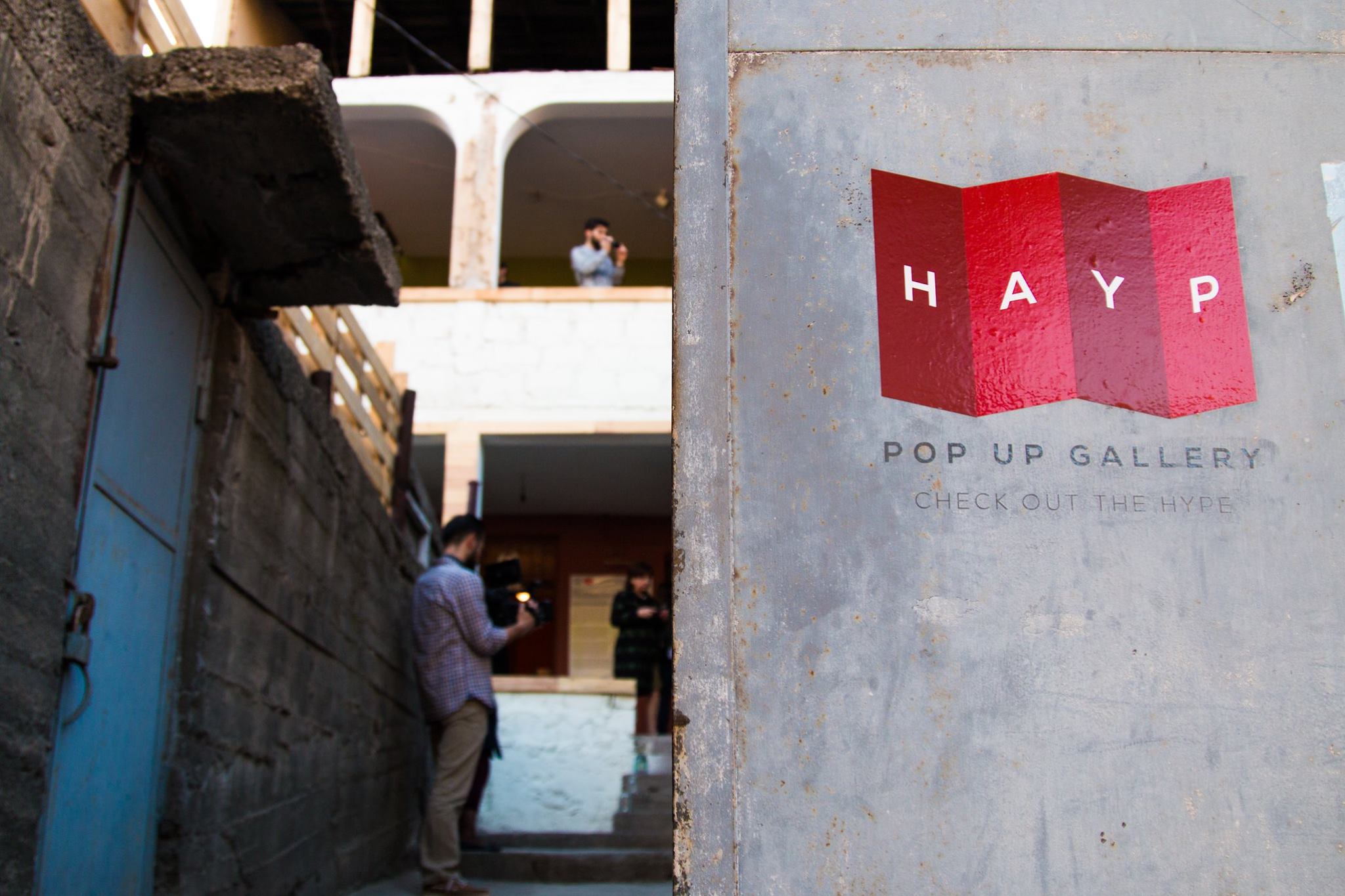 Pop-Up Art in Armenia and the Woman Behind It

Pop-up exhibitions and galleries are relatively new things in the contemporary art world. These impermanent and unofficial galleries tend to showcase emerging artists in unusual venues such as industrial places, abandoned, and empty buildings. Originally created in New York, pop-up events  became popular around the world, and were first introduced to the Armenian public in 2014 by the HAYP Pop Up gallery. The founder of HAYP Pop Up Gallery, Anna Gargarian, is one of the Hartak speakers this year with a workshop on how to create pop-up.

Anna Gargarian, holds a degree in  art history  from NYU and art conservation from the Spinelli Institute for Art Restoration in Florence, Italy, is the co-founder of HAYP. The idea came to her in 2014 when she was helping the Republic of Armenia’s Ministry of Culture to curate Armenia’s pavilion at the Beijing Biennale art fair. For one year she worked with ten artists of Armenian origin from Armenia and abroad. Since she had worked with contemporary art and design galleries in Florence, Gargarian realized that she could transfer that experience into a platform where Armenian contemporary artists could be displayed, too. Yet, another reason for that was the lack of galleries in Armenia; instead, there are numerous empty spaces that are perfect for pop-ups. With help of her cousin, Charlotte Poulain, they kicked off a crowdfunding campaign on Indiegogo and that’s how HAYP materialized.

Frame of Mind: Context+ Perspective was the first exhibition that featured 9 artists exploring the relationship between context and perspective through different media and styles. Since then, HAYP held five more exhibitions with specific themes for each one.

So far, HAYP is the only pop-up gallery in Armenia and, unlike other pop-ups that can last for several weeks, they tend to exhibit for ten days. They use different media each time like photography, painting, sculpture, and video and support installations with performance art such as dance, theatre poetry, workshops, and other events related to the main theme. This way, according to Gargarian, the space stays active and they engage different audiences. HAYP mostly works with local artists but during the exhibitions, international artists have expressed their interest in working with them.

Gargarian recalls that HAYP’s last project, the Lips of Pride pop-up exhibition that was installed in a residential house on Frik Street, caused interest in the neighborhood. Although the theme reflected upon women’s sexuality in the context of societal perceptions of shame, provocative for the more conventional in Armenian society,  people were  quite receptive to the exhibition. “There were even two women that would visit us in bathrobes, one saying “sorry, I am a bit ashamed but I am interested in what you’re doing here – is this a new pub?” The fact that unlike other neighborhood businesses that are mostly pubs and restaurants, according to Gargarian, people liked this cultural and creative initiative in their neighborhood.

Each room in the home had a theme-related installation. “In the kitchen we had an audio installation by Oksanna Mirzoyan about women shaming women and gossiping. There was a table with fruits and coffee on it, you could listen to these women saying horrible things to women, and it was as if you were having coffee with them.”

Unlike New York, where pop-up artists can contact real estate agencies for a venue, here it takes time to find buildings and make arrangements. It’s also different with way of working and way of thinking. Things like word-of mouth permissions, which put more responsibility upon her shoulders, can be nerve-wracking but eventually  teach a person how to better handle stress and quickly find solutions to problems. Yet another issue is the lack of resources, such as high-quality paper options. But she’s optimistic since it’s a chance to be creative with that, too.

Gargarian’s workshop on how to create a pop-up gallery will have a 20-minute presentation and the remainder of the time will allow people to present their art or art business ideas.  “The workshop is basically making your idea a reality and we ask people to come with a small description of their business plan. We’ll go through it as a team, presenting ideas and doing pitches, thinking about who could be potential partners, sponsors, what would be the location, space, and basically all the steps you need to take to actually make it happen, because sometimes it’s hard to know where to start.”

We may start to see a lot more pop-ups in Armenia thanks to Gargarian and we can’t wait.

You can meet Anna Gargarian, learn about pop-up businesses, and pitch your art and ideas during her workshop at this year’s Hartak Festival.

Ruzanna Baldryan is a graduate of Malmö University, Sweden, and Yerevan State University, from which she holds degrees in political science.