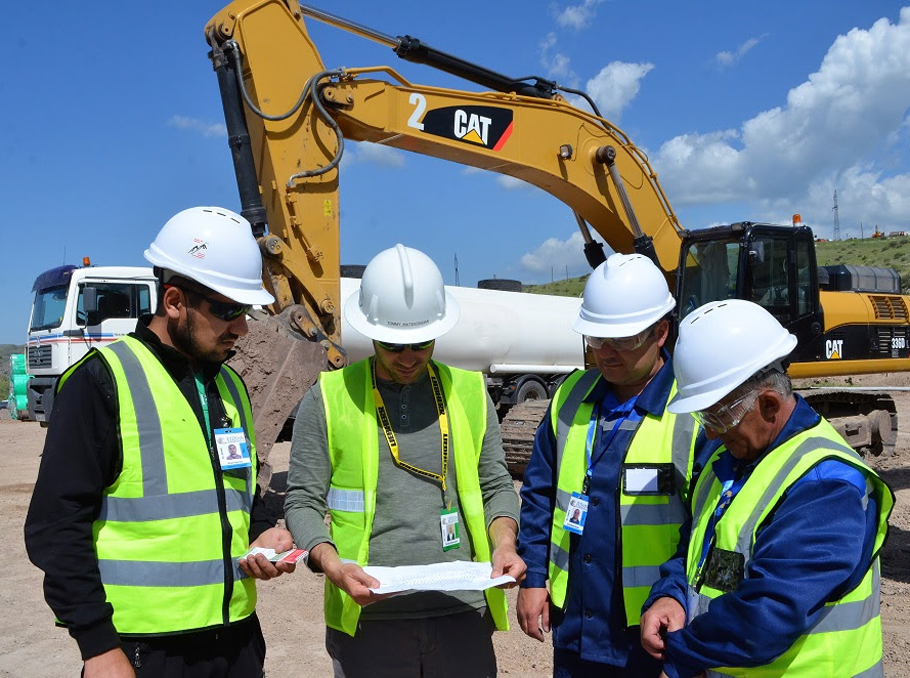 Amulsar Protests: The Perils of Mob Rule and the Impending Damage Awaiting Armenia

Protests at Amulsar Gold Mine Project have entered their sixth day and protesters have significantly escalated the situation, announcing that they are done negotiating and compromising, have no interest in explanations, and will only walk away when the mine is permanently shut down.

This comes a day after Prime Minister Nikol Pashinyan demanded that protests be stopped immediately, repeating the favorite statement of his administration, arguing that the new government is not corrupt, and does not have links to mining, and hence can be trusted to make an impartial decision for the nation. Implying that the previous government had any ties to the project does not have any evidence-based ties to reality. The only politician in Armenia linked to the project, current President Armen Sargsyan, was not a part of the previous government.

The protests are taking place due to concerns over the potential environmental effects of the mine. Protesters have chosen to use many of the strategies that brought about the recent governmental change such as blocking roads. This is the third shut down at Amulsar in recent weeks, after protesters shut down the mine for five days in mid-May, and then again for three days in early June. There had been no shut downs in the previous two years of construction.

These protests, the damage that has already been caused to the project, and the potential for its complete shutdown are disastrous, and have serious negative economic and geopolitical implications for Armenia. Moreover, it’s highly concerning that the political process in Armenia has deteriorated to a form of mob rule, where anyone seems to have the ability to exert their will and break any law or agreement through acts of sabotage.

It is regrettable how the Armenian government has chosen to handle the situation, seemingly setting its own politics interest ahead of the nation’s welfare, and creating a dangerous precedent for the future.

The Amulsar Gold Mine Project, owned and operated by Lydian International, is currently in the last phase of a two year construction process, after which it is scheduled to go into operation, with first gold expected later in the year. Once it enters operation, it is expected to become Armenia’s largest gold mine, overtaking the only other large scale gold mine in Armenia located at Sotk, owned and operated by a Russian company.

Lydian International, an Anglo-American company based in the island of Jersey, is expected to invest some 400 million dollars in the project overall, and was responsible for a majority of the entire foreign direct investment in the Armenia economy in 2017. Once in operation, the mine is expected to contribute more than 150 million dollars annually to the economy directly, while paying roughly 50 million dollars to the state budget per year.

It’s currently responsible for having directly created some 1,400 temporary jobs, forty percent of which have gone to locals, and will directly create 700 permanent jobs during operation. In addition to direct jobs created, a five to six multiplier effect should be taken into account for all of the secondary jobs that the mine creates. The mine is expected to operate for a minimum of just over a decade, with a possibility of extension given probable reserves.

Therefore, beyond important economic implications, the Amulsar project is critical to Armenia from a geopolitical perspective. First of all, It diversifies foreign ownership in the Armenian economy, and decreases the leverage that Russia holds over the country.

Moreover, it increases the United States’ interest in the stability of Armenia, and essentially acts as a lobbying force in American decision-making to attempt to guarantee peace and stability in Armenia.

Furthermore, given that the European Bank for Reconstruction and Development (EBRD) and the International Finance Corporation (IFC) of the World Bank Group are investors in the project, its successful and timely completion would be a noteworthy achievement for Armenia, as it would increase Armenia’s likelihood of receiving further financing and support for large scale projects in the country in the future. The success of the mine would be a major achievement for the investment reputation of Armenia in the eyes of other western companies and investors who might be leery given their unfamiliarity with the country and region, as well as the concerns caused by a frozen conflict.

In addition to the economic and geopolitical implications, the Amulsar Gold Mine Project is considered a remarkable step forward in the mining and construction process in Armenia. Being under the strict monitoring of the World Bank and the EBRD, Amulsar is the first Armenian mining project – and in fact the first Armenian construction project of its size – to adhere to highest international environmental and safety standards.

It represents a important step forward in mining standards in Armenia, a country that, for better or worse, will be dependent on mining in the near future considering metals, precious metals, and mineral products together are responsible for a majority of Armenian exports.

The environmental concerns regarding the project, specifically that it is locations in the proximity of the Arpa River as well as a water channel leading to Lake Sevan have been repeatedly addressed by a plethora of environmental studies that have clearly demonstrated that the steps taken by the mine have completely mitigated these threats. Amulsar has operated in stark contrast to other mines in Armenia, who often lack transparency in their financing, ownership, and most important of all, environmental oversight.

If the protests continue and Lydian International is forced sell, its most likely buyer will be a Russian company. There have been rumors circulating in Armenia in recent days hinting at this. This could potentially be a major environmental calamity for Armenia, as many of the current concerns about the mine, which have no basis in reality due to the high level of transparency and oversight, may actually come to fruition.

Curiously, in addition to the preceding two year construction period, work has been going on on the site for over a decade, and yet there was no widespread local opposition to the project. Protests were always political in nature and limited to extremist environmental activists from Yerevan. In fact, there was a level of gratitude by many local villagers who, in addition to having received large compensations for their lands, would have had to leave their families to work in harsh conditions as seasonal laborers abroad without the mine.

However, thanks to an unrelenting campaign of protests and disinformation by environmental extremists, as well as national mass hysteria fueled by the governmental change, people who have little to no understanding of the greater environmental, economic, or political implications of shutting down the mine are on the verge of causing significant damage to Armenia. Under normal conditions, this would not have been a realistic threat. However, the new Armenian government has refused to act.

This is partially caused by the fact that the protesters are using the very same methods that brought Nikol Pashinyan to power. Moreover, Pashinyan’s entire claim to power rests in his popular support. Lacking a traditional national party infrastructure or the financial means to run a national campaign, Pashinyan is dependent on maintaining a high level of popularity if he is to achieve victory in snap elections that will be held in approximately one year. If he were to use police force to end the protests in order continue the operation of a mine and the policies of the previous government, Pashinyan would risk doing permanent damage to his popularity.

This pursuit of populism is how Armenia finds itself in its current situation. And beyond the aforementioned catastrophic direct economic and geopolitical damage to Armenia, this populist approach sets a frightening precedent in the country. It’s the creation of a situation where anything that is unpopular with one particular segment of the population, no matter how critical for the nation, can be derailed thanks to illegal acts of sabotage. This ultimately threatens to create a form of mob rule where unqualified fringe minorities can make decisions with far reaching consequences simply because they threaten to break the law.

Therefore it is critical for national interest for the Armenian government to set aside personal political prospects and act immediately to end the protest movement at Amulsar. In addition to the environmental threat, the failure of Lydian will be disastrous from an economic and geopolitical perspective. Beyond the economic loss, it will be a black stain on the practically nonexistent international business reputation of Armenia and will lead to skittishness by any potential western investor. Finally, it will lead to the strengthening of the formidable leverage that Russia has over Armenia.

When the stakes for the country are this high, it is incumbent upon the government and its authorities to intervene to restore order.

Published in Editorial and Politics