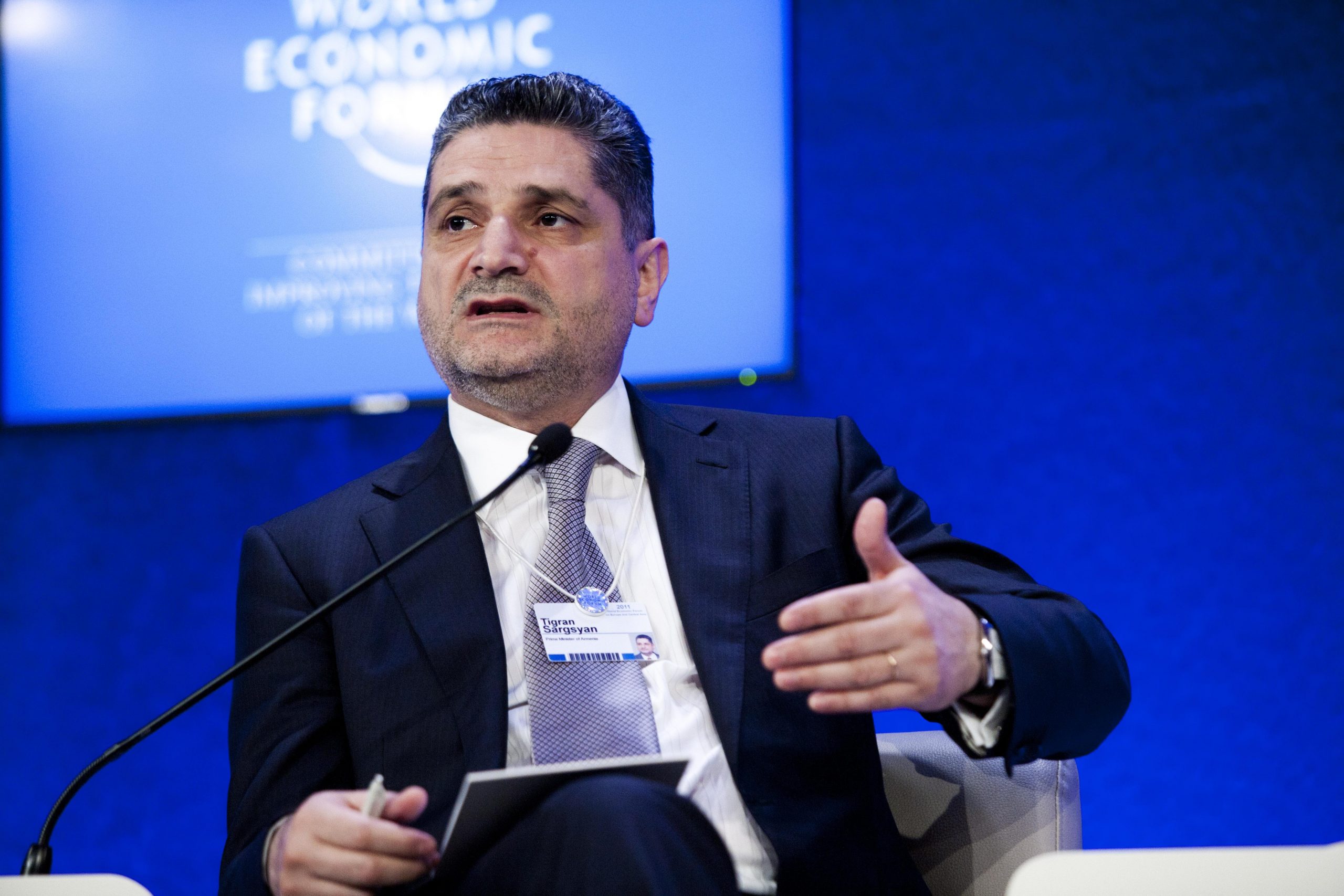 During the month preceding last year’s government change, Nikol Pashinyan made a series of curious statements about what he would do if he were to gain control of the government. Among those statements was the claim that he would increase government revenue by some thirty-five percent in his first year in charge. More recently, he and his administration have spent the past several weeks repeating that tax collection increased by twenty five percent in the first six months of 2019.

Unfortunately, these claims are on par with other ludicrous statements made by Pashinyan throughout his career and, now, as prime minister.

The topic of tax collection and tax reform stand alone in how poorly understood they are by society, a fact exploited by politicians around the world, including in Armenia. The reason is that in addition to being susceptible to the baseless conjectural lunacy that afflicts all other facets of Armenian politics, such as the unfounded claim that the wealthy in Armenia were wholly or largely exempt from taxation, tax collection also has the disadvantage of requiring a fairly strong mastery of statistics in order to be properly understood. Moreover, this very same deficiency of understanding afflicts the group of people society gets its information from: journalists

This is the reason Nikol Pashinyan can make absurd claims regarding tax collection and not be held accountable for his false statements. Because so few people have the tools or interest to evaluate the facts, it is easy for them to be lied to. And this is exceptionally important because the misconceptions and baseless assumptions people held about tax collection was one of the major factors which led them to support an incapable and unqualified government whose treasonous ideology and vision for Armenia should be absolutely unacceptable to anyone who understands them.  This piece is a short but comprehensive analysis of tax collection in Armenia, which should also demonstrate the absurdity of the claims made by Pashinyan.

Tax collection, and revenue generation as a whole, is generally evaluated in terms of percentage of GDP. This figure is obtained by dividing the total generated revenue by the entire economy, and attaining a percentage figure. From the revenue per GDP figure and its year-on-year fluctuation, one is best able to understand how efficiency in tax collection has changed. As an example, an economy can grow by ten percent in a year, which should more or less result in a ten percent increase in tax revenue collected, while the revenue to GDP figure would remain unchanged.

This is the first aspect of revenue data that is often misunderstood and has therefore been continuously exploited by every administration for political gain. Not a year has gone by where the ruling administration has not announced an eye opening increase in government revenue. If such claims were actually held to closer scrutiny by society, one would be led to believe that Armenia is the most heavily taxed state in the world. Unfortunately, the frequently emotional protestations of the masses do not lend themselves well to facts, data, or reason.

An example that can help the reader understand the concept better is a look at the revenue per GDP collected under former Republican Party (HHK) prime minister Karen Karapetyan, appointed by Serzh Sargsyan. While collected revenue under the Karapetyan administration reached an all-time high, this was for the most part a result of increased GDP rather than efficiency. Sadly, much of the work that Karapetyan was doing – work which was left unfinished – included mundane reforms behind the scenes, intended for comprehensive and lasting change that would require years to yield results.

This brings me to the most misunderstood idea in pre-revolutionary Armenia and in the euphoria that followed the government change: The belief that revenue in Armenia was woefully and intentionally under-collected (and, subsequently, wasted), and that a vast increase in revenue was imminent, and with it a skyrocketing of government salaries, benefits, and public projects. Much of these expectations were propagated by Nikol Pashinyan and other current members of Armenia’s government who promised a Georgian Rose Revolution-like transformation if they were to gain power. Referencing a transformation through which tax collection in Georgia increased from an unheard of 7.0% to 23.8%, completely changing the face of the country.

The reality was that, in spite of false, lazy rumors circulated by the masses, revenue collection in Armenia had long ago quietly reached a fairly respectable rate, with only costly marginal progress left to be made.

Much of this progress was made under Tigran Sargsyan, Serzh Sargsyan’s (no relation) first prime minister, when tax collection increased from 17.5% of GDP to 21.6% of GDP, or over four hundred million US dollars in additional revenue – the result of several years of reform, training, and preparation by Armenia and its Western partners. This was achieved through automation of the tax collection process and removal of the human element as much as possible by moving things online. At the end of the process, ninety percent of people were filing their taxes online, while 35,000 tax collectors had been retrained. Most important of all, at no point in the process was it in any way necessary to repeatedly arrest and release business leaders and to waste national intelligence resources to raid supermarket headquarters, as has been done during the Pashinyan administration.

Since that period, in spite of much effort, no government has been able to match, let alone surpass that level of tax collection. The reason for this is that it is easier to make large-scale gains at first when the starting point is low, whereas after the initial reforms were implemented, only marginal, hard to reach, and costly revenue remains uncollected.

Some of this was seen in post-revolutionary Georgia, where undercover tax agents would raid informal markets and penalize elderly women selling second hand goods at near nonexistent profit margins. While such steps are part of what differentiates Armenia’s 20.8% and Georgia’s 23.8% revenue collection (the other part being Georgia having a much larger shadow economy), it must be understood that beyond the incredibly high administrative costs which can, and often do, outweigh the revenue they bring in, such steps often have serious and far reaching negative economic and demographic consequences.

This brings me to the second important aspect of the misconceptions surrounding revenue collection in Armenia: The belief that large business and corporate leaders – oligarchs as they have come to be known – failed to pay all or most of their tax responsibility and that they were responsible for most of the uncollected revenue.

It would come as a surprise to most people to know that Alex Holding, the company of Armenia’s most well-known businessman, Samvel Aleksanyan, paid the equivalent of over forty million US dollars in taxes in 2017- or that he paid 24.5% less taxes in 2018, during the Pashinyan administration, than he did in 2017 when Serzh Sargsyan led the government.

The fact is that some 72.8% of revenue in Armenia is collected from Armenia’s one thousand largest companies. Meaning, most of the progress left to be made in Armenia in revenue collection is not from ridiculous and cheap, made-for-TV raids on the business elite, but rather from more pressure and enforcement on micro-, small-, and medium-sized businesses.

With this basic understanding of how tax collection is measured, you can better understand the absurdity of the claims of current prime minister Nikol Pashinyan: After claiming in March 2018, prior to change in government, that in the first year of his hypothetical rule revenue would increase by 35% (suggesting it would reach 28.0% of GDP), at the end of 2018, the first year following his ascent to power, official tax collection in Armenia amounted to 1.258 trillion Armenian dram (AMD) from a 6.006 trillion AMD GDP, or 20.9% of GDP. In fact, were it not for a series of highly dishonest and manipulative accounting steps, actual revenue would have amounted to 1.237 trillion AMD, or 20.6% of GDP.

Chief among those steps was realizing late in the year that revenue collection would fall short of the 20.8% of GDP collected in 2017 during Sargsyan’s administration, and in the last days of 2018, penalizing Zangezur Copper-Molybdenum Combine (ZCMC), the Kajaran mining giant, some 20 billion AMD, and then including that unpaid and still to be contested 20 billion AMD in the 2018 government revenue figure, in total and complete violation of the nation’s budgetary laws and regulations.

To make that clear, in spite of the treasonous tarnishing of the name of the Armed Forces with fabricated accusations, in spite of raiding the headquarters of Yerevan City before bestowing awards to Samvel Aleksanyan and lessening his tax burden, in spite of wasting national intelligence and security resources for cheap publicity stunts, in spite of raiding and harassing and driving away small and medium businesses for personal political gain, in spite of the massive financial burden to the state that the aforementioned brought, tax collection in 2018 was worse than 2017.

Armed with that additional bit of knowledge, and now being introduced to this administration’s well established willingness to manipulate and distort data and laws for political gain – a topic that I will expand upon in a future article – I will leave it to the reader to assess the credibility of Pashinyan’s latest claim that tax revenue has somehow increased by 25% in the first six months of 2019, something that would require Armenia making an astonishing and inconceivable leap into the top ten countries in the world in terms of revenue per GDP.

More from EconomyMore posts in Economy »