By: Mher Almasian
In: Politics 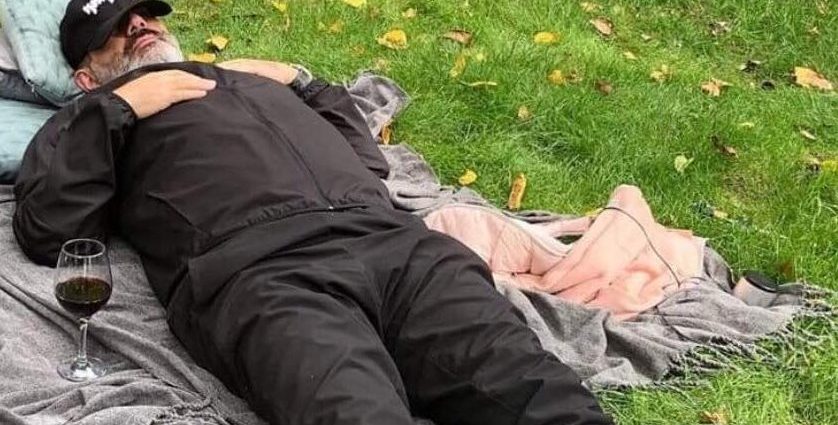 Successfully using one’s weakness to one’s advantage has existed as long as human civilization itself. It has been successfully applied in military strategy as well as in the nation building process. In Armenia’s case, it has been demonstrated with the dynamic and growing tech industry, unhindered by blockades and geopolitics, that became a pillar of the economy during the previous administration.

The current coronavirus (COVID-19) crisis would seem to present another opportunity where Armenia’s extremely unenviable geopolitical reality would put the country at a great advantage, were its government to have been proactive in its response to the challenge.

Armenia has had to overcome the challenge of having over eighty percent of its borders militarized, while its open borders face a myriad of geopolitical and transportation hurdles that constrain trade and traffic.

Armenia has a mere four border crossing points, and Zvartnots International Airport averages just over a single passenger plane arrival and departure per hour, without any transit routes.*

By contrast, neighboring Georgia has based its economy on tourism and transit, well-positioned as a midway point between Europe and Central Asia, acting as a hub for Europe, Turkey, and Azerbaijan.

Given this otherwise unfortunate reality for Armenia, one would expect that it would be one of the least adversely affected nations on earth during this crisis, easily closed off to the rest of the world, while Georgia would find itself on opposing ends of the spectrum.

That, however, is not the case.

At the time of publication, Armenia has 136 reported cases, more than three times as many as the 40 cases in Georgia, which has a larger population. Azerbaijan, with a population of about 10 million, has 44 cases.

As the crisis arrived in the region, Armenia immediately got off to a troubling start. With the spread of the virus out of control in Iran, there was widespread public demand to shut down the Iranian border by February 23, 2020, with opposition leader Edmon Marukyan leading the charge in the National Assembly.

At this point the gravity of the situation was being fully felt as several COVID-19 cases began appearing in neighboring countries in the form of travelers who had arrived from Iran.

However, during parliamentary debates, MP Viktor Yengibaryan from Nikol Pashinyan’s ruling party completely rejected the request to shut the border, demanding that such thinking should be stopped once and for all.

The Referendum Must Go On

On January 23, 2020, China closed off Wuhan, the epicenter of COVID-19 and a week later, on January 30, the World Health Organization declared a global health emergency. The same day, Russia, recognizing the seriousness of the outbreak, closed its 2,600-mile-long border with China.

While this crisis and confusion was unfolding, Prime Minister Pashinyan was busy promoting a highly-controversial referendum that would allow him to remove members of the Constitutional Court and replace them with judges loyal to him, eventually allowing him to rewrite the constitution. He announced it on February 9.

The referendum, which would cost $7.3 million dollars and would take place on April 5, 2020, overshadowing the anniversary of the Four Day War, has been roundly condemned by the opposition and international observers who were previously strongly supportive of him.

A month after drastic measures were being taken by countries around the world, including the lockdown of towns in Europe and Asia, massive testing schemes, and overwhelmed hospitals, Pashinyan and his proxies were holding large gatherings throughout Armenia.

Members of the ruling government then made a series of seemingly inexplicable statements, with Pashinyan’s statement on March 1 overshadowing them all:

“What is the coronavirus that it should even begin to create any sort of a problem in our lives?” This statement came after the confirmation of the first case in Armenia.

While these statements seem irrational and shortsighted, they cannot be considered outside the context of the referendum.

For the referendum to be successful, in addition to a majority voting “Yes,” at least a quarter of all eligible voters would have to vote. This means that even if the government received a majority of the vote, the referendum would not pass unless some 650,000 voters voted in favor of it, especially problematic since Pashinyan’s party received less than 900,000 votes at the peak of its popularity in December 2018. Compounded with public concern over the lack of clarity about the referendum’s goals and voter fatigue and apathy with the seemingly endless appeals to revolutionary rhetoric by Pashinyan with little tangible progress in the country, the government was uncertain they would garner enough votes even before the coronavirus crisis.

This situation wasn’t very different from that of neighboring Iran which had been condemned for having understated the severity of the virus in order to maximize voter participation and secure a satisfactory participation rate during its February 21 parliamentary elections, at which point the epidemic had grown beyond their control.

As it quickly became evident that Italy had joined Iran as yet another nexus of the epidemic, there were again widespread calls to stop Ryanair flights from Milan to Yerevan, with opposition leader Marukyan once again leading the charge.

Minister of Health Arsen Torosyan, seemingly resigned to the virus entering Armenia, declared on March 1 that there is no need to cancel flights from Milan, saying “when the virus spreads across almost all countries, there is no longer a need to close any border.”

Even as it became clear that the situation in Italy had developed into a national crisis, Armenia never established any means of mandatory testing or health inspection for those arriving in the country before the announcement of cancellation of flights. Rather, the extent of government intervention was asking those that develop symptoms to self-quarantine upon arriving home.

Considering the fact that Zvarnots Airport has, on average, only one international flight landing an hour on small-body jets and that each passenger could have been easily examined, this suggests terrible laxity and neglect on the part of the Armenian government.

It is unsurprising then, in light of Torosyan and the government’s lackadaisical attitude, that the outbreak of the virus in Armenia was largely related to two cases, both from Ryanair flights arriving from Milan. One was a woman from Echmiadzin who was allowed by authorities to return home and reportedly attend an engagement party where she was the vector that infected dozens of people and led to the quarantine of hundreds in the city.

Ultimately, it was Ryanair, not the Armenian government, that stopped the flights from Milan on March 13.

In the days that followed, even as the severity of the global epidemic grew, the response of the Armenian government only became more disappointing.

Entirely preoccupied with ensuring the success of the referendum, the government continued to trivialize the seriousness of the situation.

PM Pashinyan announced that he was going on a one-month vacation to begin campaigning for his controversial referendum, even as leaders around the world were declaring national emergencies and the global economy was coming to a halt.

Despite continuing criticism by opposition parties and a highly visible reproach by the Parliamentary Assembly of Council of Europe (PACE) for being unconstitutional, Pashinyan – the man who had long been financed by the U.S. State Department – stated that the will of the Armenian people will not be influenced by foreign opinion.

He began traveling across the country, organizing rallies, and downplaying the threat of the virus all the way up to March 12, when in Jermuk he stated he saw no reason yet why the referendum campaign should be halted. This almost a month and a half after the WHO global emergency declaration.

Finally, on March 13, Pashinyan decided to return to Yerevan to discuss the situation in the country. After meetings and after weeks of dismissing the coronavirus threat when communicating with the public, he retreated to the prime minister’s palace on Lake Sevan to self-quarantine along with his family.

Then, on March 16, he declared a state of emergency, which was the only constitutional way for him to delay the referendum. Two days later, the government announced a $300 million emergency economic aid package to help the country through the period of uncertainty, including $160 million for “innovative projects tackling the virus.” It’s yet to be seen where this money will go and to whose benefit it will be.

Given all that had transpired during the preceding weeks, as the head of the government and key ministers were “on vacation” campaigning and trivializing the threat posed by the virus, one has to wonder to how the situation might have been different if they had reacted to the threat with urgency and competency.

For a country whose economy was already lagging compared to its pre-Pashinyan trajectory, it is worth asking whether $300 million dollars could have been better spent on something else if the government had reacted to global and domestic developments with the vigor and moxie it commonly extols its supporters to have.

Neglecting to grasp the rapidity of the virus’ spread and the grave effect on those it infected, the government, led by Pashinyan, chose to characteristically advance its own political objectives instead of prioritizing the health of Armenia’s citizens. It was a monumental dereliction of government’s first duty to safeguard citizens from preventable injury.

One has to soberly ask for how long the Armenian Nation can afford to continue to hold onto its existence in the tumultuous and unforgiving Caucasus with a leader who evidently still does not appreciate the responsibilities and consequences that come with the power that he has attained. And what more devastating crisis might Armenia be facing next while its commander-in-chief is protesting in a village somewhere or continuing to seek out imagined enemies for retribution or laughing off the impending threats? Since the government has shown its incompetence in quickly addressing a lethal threat, this is a question we need to ask – and answer.

*Editor’s Note: We received information that Zvartnots Airport has 70 daily arrivals and departures, which would average to just under 3 arrivals an hour. We also cross-checked our information with official government statistics about Zvarnots air traffic and the official figures show that there were 13,260 take-offs and landings from January to December 2019. This averages to a combined 36.3 departures and arrivals per day, or 18.1 departures or arrivals per day. This, in turn, averages to less than 1 arrival flights per hour.