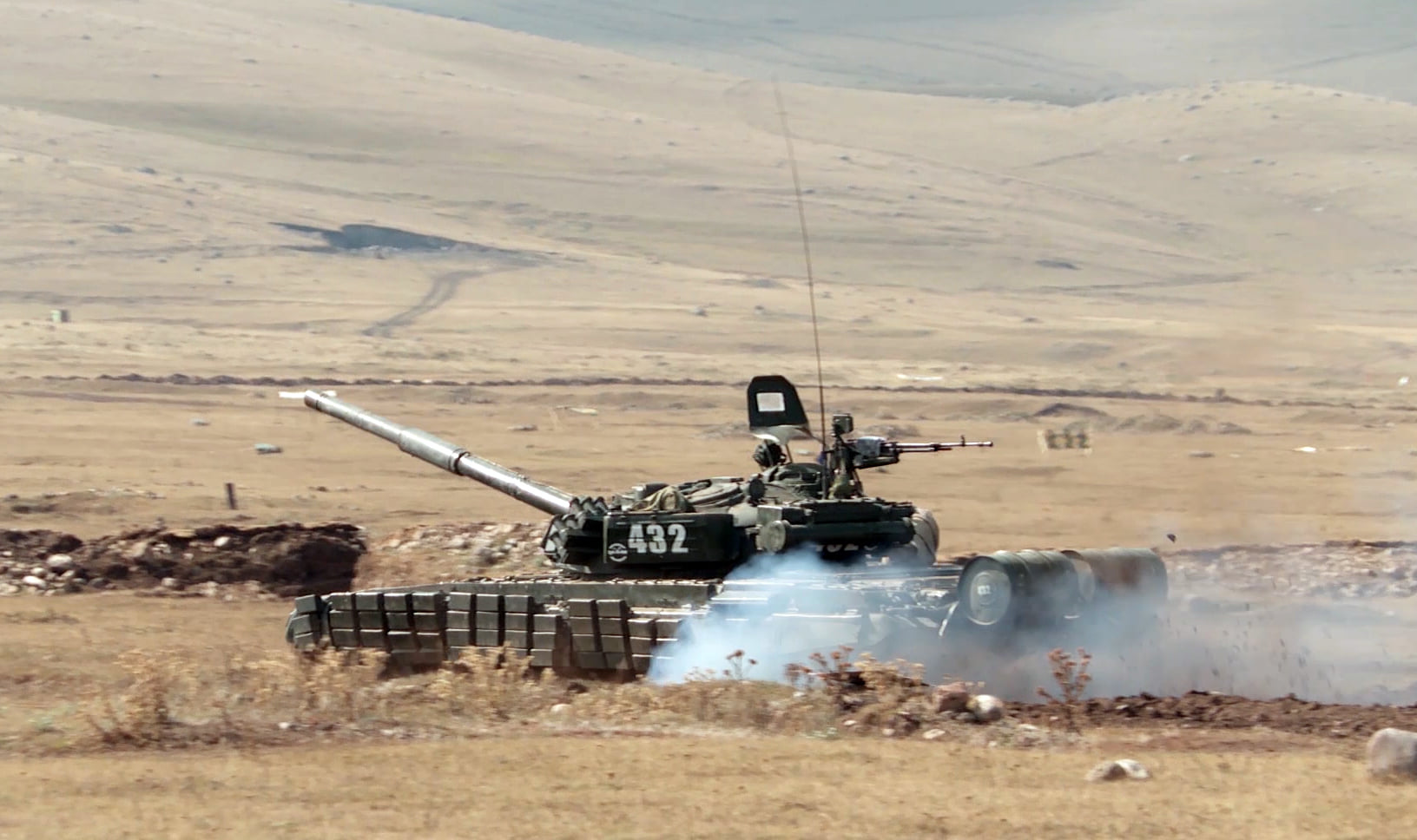 The total number of Armenian soldiers killed in action as reported by the Artsakh Defense Army is 84.

In the previous post, we had listed the names of the fallen soldiers but we are going to discontinue doing so because Turkish and Azerbaijani trolls have been seeking out their families on social media and mocking them and their fallen sons and daughters.

Azerbaijan began new widescale attacks on the Arax Valley and the Talysh-Mataghis areas. The Artsakh Defense Army has successfully repelled the attacks and the enemy has suffered considerable losses of both personnel and armaments.

Turkish-backed Syrian Rebels in Azerbaijan, confirm Reuters and The Guardian

According to Reuters, “Turkey is sending Syrian rebel fighters to support Azerbaijan in its escalating conflict with neighbouring Armenia, two Syrian rebels have said, as Ankara pledges to step up backing for its majority-Muslim ally.”

According to The Guardian, “Syrian rebel fighters have signed up to work for a private Turkish security company as border guards in Azerbaijan…The Guardian spoke to three men living in the last rebel-controlled corner of Syria, who said that almost a decade of war and grinding poverty had made them keen to register with militia leaders and brokers who promised work with a private Turkish security company overseas.”

You can read the Spanish version of this briefing here.

Murad Gazdiev, a reporter for Russia Today, wrote on his Twitter account that Azerbaijan had blocked foreign journalists from entering the country.

Ukraine Cancels All Flights to Armenia

Ukraine’s national carried, Ukraine International Airlines, cancelled all flights to Armenia. UIA is one of the main carriers that flies into Armenia but Ukraine’s connections with Azerbaijan are strong, as we’ve previously written about, and it is not beyond the pale to assume that the latter exerted pressure on its steadfast ally to cancel flights that would connect Armenia to the outside world.

What to Expect in Day 3

Fighting has intensified considerably and has expanded to the territory of Armenia proper, specifically in the area of Vardenis in the Gegharkunik region.

Armenia’s Ministry of Defense has stated that it is preparing to retaliate fiercely to Azerbaijan’s attacks on its territory.

The UN Security Council will meet in a closed-door session to discuss Azerbaijan’s attacks on Artsakh. It is expected that they will call upon both sides to immediately cease hostilities.

It is important to note that Turkey, which has stated its full support of Azerbaijan, is currently the president of the UN General Assembly, a position they lobbied for heavily in pursuit of greater stature on the world stage.

How is This Different from April 2016?

The 2016 attacks by Azerbaijan were primarily carried out against Artsakh and were done without the blatantly public support of Turkey. These attacks, coming on the heels of the July 2020 attacks on Tavush, indicate a broadening of the theater of war to include Armenia proper and appear to be strongly connected to Turkey’s ambitions to not only be a regional power but also play a role in global politics by way of regional hegemony.

Azerbaijan’s attacks have been strongly coordinated with Turkey and have included the Turks’ active and public involvement, a stark difference to past Azerbaijani incursions into both Artsakh and Armenia.

Turkey has become an incredibly destabilizing force in the region and Armenia must consider how it is going to deal with the increasing belligerence of an already combative neighbor in addition to Azerbaijan.

Finally, the level of planning and preparedness, along with the quality and quantity of armaments being used is incomparable to any previous acts of aggression by Azerbaijan since, and possibly including, the Artsakh Liberation War.

Pension fund for wounded soldiers and families of soldiers killed in action: http://1000plus.am

Published in Military and Politics