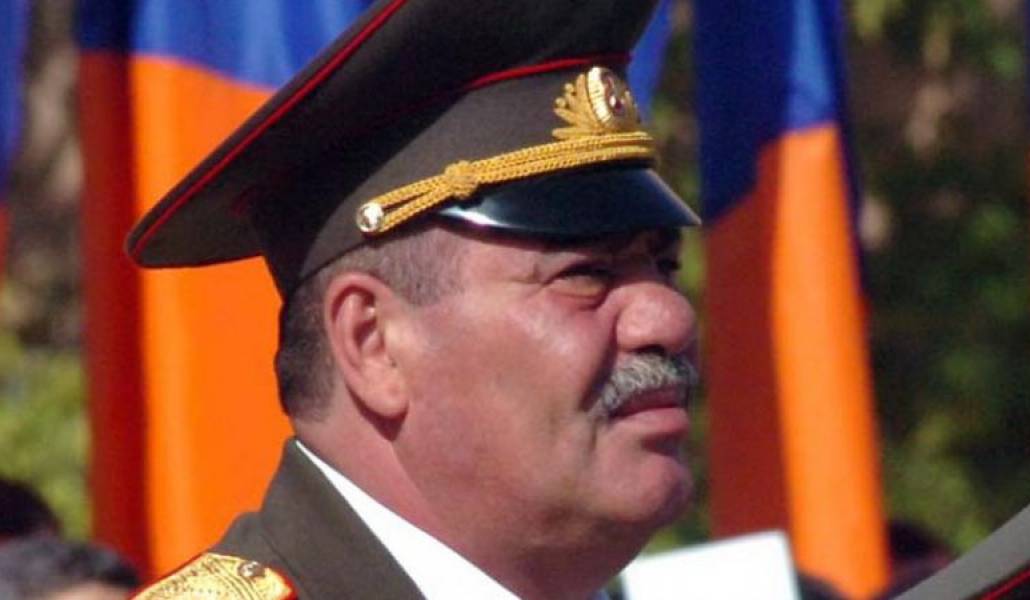 General Manvel, as he was known, was a Hero of Artsakh. Prior to this war, only 29 people had this title – he was one of them. Why was he awarded the Hero of Artsakh? He was one of the most fearless commanders during the Artsakh Liberation War. He and his troops liberated Fizuli, Jabrayil, and other areas in the south. It was well-known at the time that Azeri soldiers were terrified of him because they knew he was fierce and relentless. Much of the whole southern portion of Artsakh that was more or less given away by our leadership during this war was conquered by General Manvel. His heroism was not attested to just by the medal he received but by Vazgen Sargsyan, in his own words, and many others.

General Manvel wasn’t a refined man. Indeed, he was crude in many ways and that was evident in his behavior, on and off the battlefield. We just spent a month and a half watching videos of Azerbaijanis executing Armenians, beheading them, cutting off their ears, destroying Armenian homes, and desecrating Armenian sites. What kind of man would strike horror into the empty hearts of this barbarous enemy? Cognitive dissonance is seeing the savages who want to destroy you and refusing to accept the type of man it takes to destroy them. Cognitive dissonance is not realizing that the person you want fighting these barbarians might not turn into the refined, clean-shaven, smooth-talking person whose company you prefer in the city.

So what do people who didn’t like General Manvel prefer? That we use him when he’s liberating Armenian lands in Artsakh and throw him by the wayside when he returns home? Well, that is effectively what Traitor Nikol and his team did, with the support of many Armenians in Armenia and the Diaspora, helped significantly by foreign-funded entities and individuals.

In the years following the war, General Manvel was the leader of the Երկրապահ կամավորական միություն (Yerkrapah, or Defenders of the Homeland), a militia that coordinated its activities with the Ministry of Defense. When the current treasonous government came to power, one of their first targets was General Manvel, who had been defamed by members of this same government over the years. He was the perfect villain: rough, cantankerous, and already disliked due to their years-long efforts to ruin his name.

The traitors in this government, almost all of whom have avoided military service, including when General Manvel was registering unprecedented military victories, released a video of the National Security Service that made it seem like General Manvel had stolen goods intended for the military during the April 2016 War. He hadn’t. They cut the video so it looked like he had stored these goods at his personal home, while they were in fact in a warehouse of the Yerkrapah. The video and the news were widely distributed: Azatutyun and other foreign-funded outlets were all too happy to uncritically present whatever the government was feeding the public.

What was the story? The vehicles that Russian-Armenians had donated vehicles directly to the Yerkraph, whereas the video made it look like they had been stolen from the Defense Ministry; letters from children were given to Yerkrapah as they had their own militiamen who immediately went to the front in April 2016 – some of those letters, in the short time the war lasted, were not delivered. And, of course the infamous case of the “dushonka,” or canisters of food, which the current treasonous government made seem like they were stolen from the soldiers at the front. According to the Defense Ministry itself – the message delivered by no less than everyone’s beloved Artsrun – canisters of food were regularly given to Yerkrapah because of the trainings they would conduct to be ready for battle and, of course, for battle itself. These canisters were kept in the Yerkrapah warehouse.

The smear campaign was despicable. And it worked wonderfully.

General Manvel was arrested and charged. After nearly TWO years in jail, they released him on bond. Not only was there NO conviction, there was never even a trial. They just kept him in jail until his health deteriorated to the point that he was a dead man walking.

Why go through all this trouble? Could it be because General Manvel, deputy defense minister at the time, was in negotiations with Levon Ter-Petrossian, Nikol Pashinyan’s former boss, when Ter-Petrossian was trying to return to power in 2008? Could it be that he was going to be their military support in trying to conduct a coup d’etat and had information that they didn’t want discussed? (An attempt foiled by the also-hated Robert Kocharyan, who intervened and got General Manvel to stand down) Could it be that he was privy to information that was going to implicate Nikol or people close to him?

When you destroy your heroes, when you sully their names, when they become your demons, when they are unworthy of not just your praise but even of a passing glance, when their replacements are those whose love of their nation is conditioned on the money they receive to propound that love, you lose the foundation of the nation. And without a foundation, a nation cannot exist.

General Manvel’s last words were “they ruined my name and I survived, but I will not survive the giving away of the lands I liberated.”

May God bless General Manvel and forgive his sins. May He forgive ours, as well.

Video about the “stolen” cars.

Levon Mnatsakanyan, Artsakh Defense Minister at the time, about the “stolen” cars.

Published in In Memoriam and Military