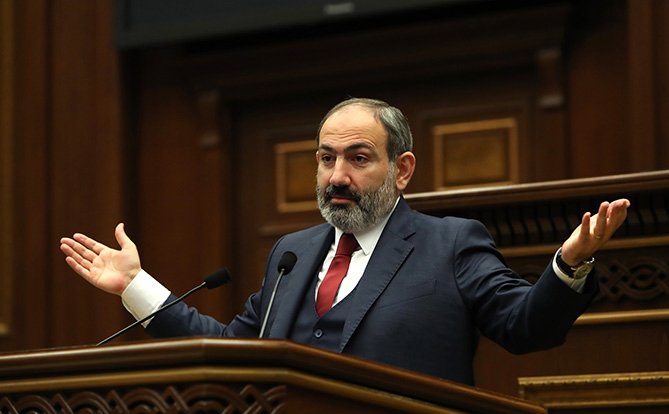 Is Nikol Pashinyan to Blame?

Some people say that it’s not fair to put the blame for the disgraceful agreement signed this week solely on Nikol Pashinyan. For one thing, they argue that Pashinyan inherited a bad situation. They say that war and/or compromise were inevitable. They are not wrong. War was inevitable and any possible solution would require compromise. The question is what would the outcome have been were he not in charge. How would we have performed in the war? Would a compromise have materialized or not? Could we maintain the status quo? In particular, if the 2018 coup hadn’t happened, where would we stand today?

In 2018, when Serzh Sargsyan stayed as Prime Minister after his second presidential term ended, many people said that he was clinging to power and hoped to lead the country indefinitely. In reality, he was ready to continue leading the country, to continue taking responsibility for the negotiations and the security of Armenia and Artsakh, to carry the burden of the nation for at least a few more years. If the concessions that Pashinyan just made were inevitable, that implies that Sargsyan’s administration was doing poorly with the negotiations and had failed to build up the military for a large scale war. In that case, the fact that Sargsyan had agreed to stay in power meant that he was ready for whatever was coming. Some or all of the following would have to be true:

In a recent interview to The Independent, Sargsyan justified his decision for staying as Prime Minister by saying:

“I agreed to be elected Prime Minister of the Republic of Armenia after two terms in office, because I was convinced that the change of chief negotiators would have catastrophic consequences. Continuity was vital.”

Also, during his meeting at the Marriott Hotel on April 21, 2018, Sargsyan warned Pashinyan that “you do not realize the level of responsibility.” It’s clear now what he meant.

So why did Nikol Pashinyan usurp power? Why would he put himself in this precarious position unwillingly? Why did he take responsibility for a country at war with a complex negotiation process that would be hard to navigate for even seasoned diplomats? He must have realized what he was getting himself into, right? Why would he do these things unless he had a plan for Artsakh?

After taking power, Pashinyan claimed that he would discard the policies of his predecessors and start from a new point in the negotiations. Over the course of the next two years, he made at least the following contradictory statements:

So according to the Pashinyan propaganda machine, the negotiations were in a bad state, so he reset them. He then completely botched the negotiations, taking it down a dead end. And we know what happens when negotiations stop. The shooting starts.

There were light skirmishes in July in Tavush. The Armenian military performed well, taking one or two posts and inflicting losses on the enemy. A disproportionate number of military servicemen were given awards for what was essentially a fight for a couple of posts. I am sure each serviceman did a wonderful job and was worthy of praise, but the impression that the government created was that this was a massive victory due to the improvements that had been made to the Armed Forces in the two years since Pashinyan took power. This is consistent with the PR machine that is Pashinyan’s government. He has run the country the same way he ran his newspapers for decades. Everyone was happy with Pashinyan. Everyone was happy with Tonoyan. People even started talking about a so-called Tonoyan doctrine. “New war for new territories”, they said.

Fast forward two months and full scale war breaks out in Artsakh. The PR machine starts operating again, telling us that we’re winning or that we will win, hiding losses of life, equipment, and territory. The enemy reaches Shushi and Pashinyan signs a humiliating agreement of total capitulation. Does he take responsibility? No. Pashinyan starts blaming everyone, from the lack of volunteers to Gagik Tsarukyan to the “old corrupt regime”. Everyone but himself or his team. Nobody resigns. Nobody is fired.

Pashinyan is the leader of the country. He and his administration claimed that due to their reforms, we were stronger than ever in July. Arayik Harutyunyan said that our skies were protected unlike in April 2016. Artsrun said that we have acquired more modern weapons in the past two years than in the previous ten years.

Nikol Pashinyan is a coward who will accept praise but will never take responsibility for his actions. You can’t have it both ways. So yes, he is the one who deserves the blame for giving a significant part of our homeland to the enemy. He usurped power in 2018 and he failed miserably in the two and a half years that followed, leading to thousands of deaths, loss of essentially all of Artsakh, no status for what remains, and instability in the country. All signs point to the fact that we would have been in a much better position on all of these fronts had Sargsyan stayed in power.