By: William Bairamian
In: Opinion, Politics 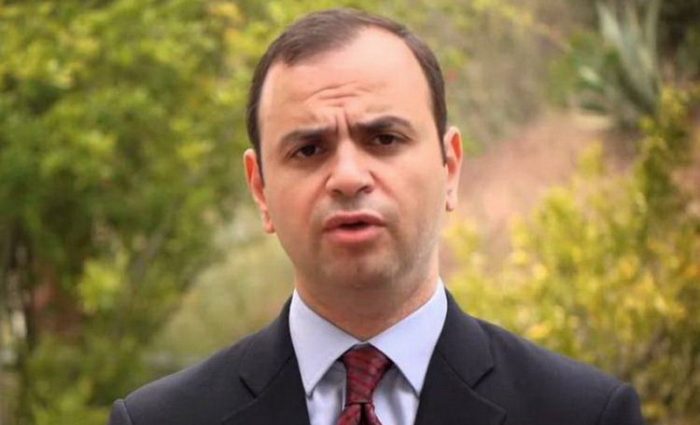 We’ve known each other for many years. We worked together at the ANCA, where we fought together to advance the Armenian Cause. You dedicated your time there because you loved the Armenian Nation, at least that is what I want to believe. Then you ran for Glendale City Council and I worked to help you get elected; you may remember the difficulties we had, but we won.

Regarding Armenia, I’ve never shared your political opinions and you haven’t shared mine, yet we remained cordial. Two years ago, you left Glendale to become Armenia’s Diaspora Commissioner.

You may not remember this but in 2014, you wrote me a message in response to my defense of something related to Serzh Sargsyan or the HHK. In it, you claimed that “Serzh and the Hanrapetakans intend to turn over Artsakh to Azerbaijan…by September of this year. The Hanrapetakans are literally planning on packing their bags and jumping ship.” I am quoting you. Of course, neither Serzh nor the HHK turned Artsakh over to Azerbaijan, not that September, and not until they left office when your boss, Nikol Pashinyan, came to power in 2018.

A few days ago, we learned that, indeed, it was not Serzh Sargsyan or the HHK, but Nikol Pashinyan who had decided, in secret, to turn over most of Artsakh to Azerbaijan, along with our historic Armenian city of Shushi, and at least two ancient monasteries, Dadivank and Amaras; the entire Karvajar region was handed over without a single shot fired.

You serve at the pleasure of the country’s prime minister, Nikol Pashinyan. He is the one who appointed you to your position. Despite the great treachery perpetrated by Pashinyan, you have not yet tendered your resignation. This means that, at least until now, you are implicitly in agreement with it because it is not sufficiently objectionable for you to voluntarily leave your position. I know you and this is appalling to me. Our disagreements about Armenian politics would have never included the thought that you would be willing to accept what is being proposed by Pashinyan’s plan, an irreversibly destructive capitulation to an enemy which, if not next week, in the coming year will again try to destroy our people and our homeland. I don’t know if you knew about this deal and, frankly, I don’t care. I am simply writing to you now with one call: resign.

We used to discuss Armenian history, you and I; you know it well. Despite my grave suspicions about Pashinyan, I would not have allowed myself to imagine the treacherous catastrophe he has brought upon our homeland and our Nation. Whatever happens next, he will always be remembered in our Nation’s history as one of its monstrous traitors. He has betrayed us, our homeland, and our Nation’s future, the future of our children, who deserve to hold their heads up high as Armenians. You have an opportunity to help them do that.

Zareh, I am asking with the utmost sincerely that you not allow your name, your family’s name, to be associated with this indelible act of treachery in our long and proud history. Pashinyan’s name will forever be cursed, but yours doesn’t have to be.

Resign your position and do not join Nikol Pashinyan in his traitorous act of giving away a large part of one of the last remaining bits of our homeland, all of which was won at the cost of the tens of thousands of lives of our brothers and sisters who died on Artsakh’s battlefields for the past thirty years.

I trust you will do the honorable thing.