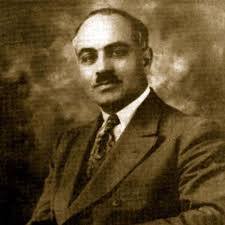 The battle that is today taking place for the future of Armenia is steeped in history, one which matches the wishes of nationalist Armenians with those of globalists.

This battle was taking place over one hundred years ago when Armenian nationalists were fighting the forces of the globalist Bolshevik forces that wanted to subsume newly independent Armenia into an international union of states that supposedly transcended nationality.

One hundred years ago, the globalists won, but not before an Armenian commander by the name of Garegin Ter-Harutyunyan, better known by his nom de guerre Garegin Nzhdeh, fought till the end for every last bit of Armenia that he could. It was Nzhdeh who was responsible for keeping Zangezur (Syunik) Armenian, the same Zangezur under danger today by the globalists of today.

Nzhdeh was arrested in Bulgaria and sent to a prison camp in the Soviet Union, where he died on December 21, 1955.

First and foremost, Nzhdeh was a soldier, known for his bravery and his successful military exploits. While this is how he is remembered by most, he was also one of the most fecund Armenian minds of the era, producing philosophical writing that would form the foundation of mdoern Armenian nationalism.

Much of Nzhdeh’s writing was aphoristic, lending itself well to the quotations of his writing we are so fond of. But the outward simplicity belies the wisdom of his words and the depths of their origin. His writing indicates an extensive knowledge of Armenian and foreign literature and history, which he referenced regularly. His devotion to the Christian faith is often ignored or overlooked but it was an important part of his paradigm and Biblical references often make an appearance in his writings, as well.

He was a man of extraordinary convinction whose devotion to his nation, the Armenian Nation, was the basis and meaning of his existence. He died for his beliefs, but not before he left us with the ideas through which we carry on the battle against today’s globalists.

Today we continue to fight Nzhdeh’s battle. Tomorrow, we will win.