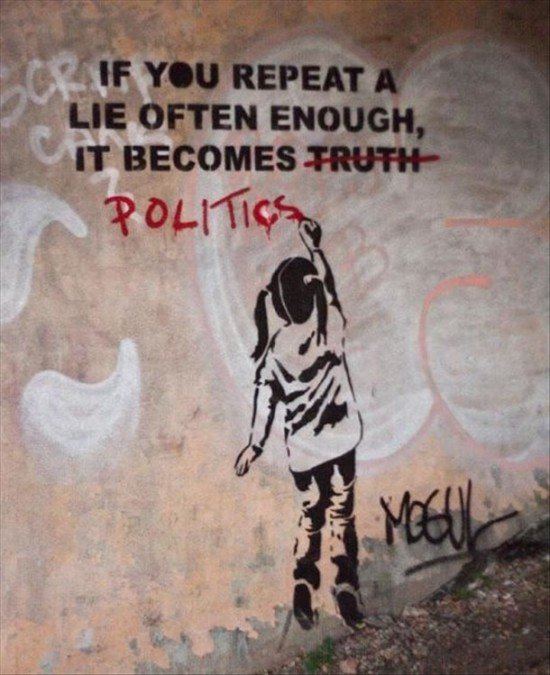 Conditioning of the Armenian Mind

Have you noticed how as soon as you hear certain words or names – “corruption,” “democracy,” “Robert Kocharyan,” “Serzh Sargsyan” – you get tense, your palms start to sweat, and you don’t know whether to scream or pull your hair out? You become visceral, your eyes go bloodshot, and you’re unable to think straight. Your mind is flooded with curses and associated thoughts: “stolen billions,” “dictatorship,” “sold lands,” “50%,” “this provides a perfect excuse for me not to invest in/visit/move to Armenia.”

Curious, isn’t it? Why do you think that is?

It’s because you’ve been conditioned.

You’ve heard the expression “Pavlov’s dog” and you probably know that it has to do with being conditioned to respond a certain way due to a stimulus. What if I told you that that is effectively what’s been happening to Armenians for at least the past twenty years?

First, you’re taught that democracy and corruption are the most important issues in Armenia, that without these, the country cannot possibly succeed. Have you ever questioned these assertions to see if they’re true? Do you have any idea where these highly dubious assertions come from? Isn’t it curious to you that Armenia’s security was never, in and of itself, presented as the chief concern by the foreign-funded NGOs and media outlets?

No, the point was always drilled into everyone’s mind that threats to democracy are widespread and corruption is inescapable, to the point where some Armenians from Syria (SYRIA!) were complaining about corruption in Armenia. This narrative was craftily created through fancy reports, half-baked “journalism,” and just plain deception campaigns.

Then what? Then you need scapegoats.

After choosing the scapegoats, the foreign-funded activists would respond with vociferous indignation at anything they could twist into a supposed transgression against democracy or a case of corruption. Did these things actually happen? Probably. Were they sufficient basis for the earth-shattering, country-ruining, edge-of-the-abyss proclamations that they led to? No. But that didn’t matter because facts, ultimately, don’t matter to these people.

Every time a police officer looked at a professional activist the wrong way, authoritarianism in Armenia was nigh! The professional activists (and yes, many were professionals, paid for by the foreign-funded NGOs where they worked…or did you think they held normal jobs that allowed them to go to perpetual protests for days or weeks on end?) would put themselves in a position to force the police to act in a way that would make for great photos and video shot by their foreign-funded media friends.

These photos and videos would be juxtaposed with angry and indignant written and visual commentary that, as one might expect, would cause a furor. “Armenia is a police state!” One professional foreign-funded activist, Artur Sakunts, of the Helsinki Commission on Human Rights (they all have beautiful, innocuous names) compared Armenia to North Korea – he wasn’t the only one who had.

So, without thinking, people see a picture or hear the name of people like Kocharyan or Sargsyan or they hear “democracy” and “corruption” and their ears perk up, with nary a thought about the details. What is democracy? Is it the right system for Armenia? If so, how should it be constructed and applied? If not, what system is best? Is there corruption in Armenia? If so, to what extent? What impact does it have? Is it the most important issue? How is it that other places on earth have corruption (i.e. everywhere) while having successful countries? If you wanted to be more controversial, you could ask: what issues are more important? If you really go off the deep end and want to risk the wrath of your relatives in L.A. and Moscow, you can ask: does Kocharyan actually have billions of dollars? If so, where is the evidence? (“everybody knows” isn’t evidence, for the umpteenth time).

But the idea isn’t to get you to ask these questions or for us, as a society, to answer them according to the conclusions of our free-thinking minds. The idea isn’t to have a debate that is based on the needs and interests of Armenia. The idea is to feed you memes about the reality you need to believe in order for the agenda that you cannot see to be realized. You must uncritically ingest this caricature of reality and regurgitate it on command when the bell – “corruption,” “democracy,” “նախկիններ,” (i.e. Kocharyan, Sargsyan) – is rung, like Pavlov’s dog.

Edward Bernays, one of the founders of modern advertising, wrote the following passage in his famous book, Propaganda, published in 1928, some years after Pavlov’s experiments:

“Universal literacy was supposed to educate the common man to control his environment. Once he could read and write he would have a mind fit to rule. So ran the democratic doctrine. But instead of a mind, universal literacy has given him rubber stamps, rubber stamps inked with advertising slogans, with editorials, with published scientific data, with the trivialities of the tabloids and the platitudes of history, but quite innocent of original thought. Each man’s rubber stamps are the duplicates of millions of others, so that when those millions are exposed to the same stimuli, all receive identical imprints…The mechanism by which ideas are disseminated on a large scale is propaganda, in the broad sense of an organized effort to spread a particular belief or doctrine.”

If nothing else, just remember, you’re not a dog.