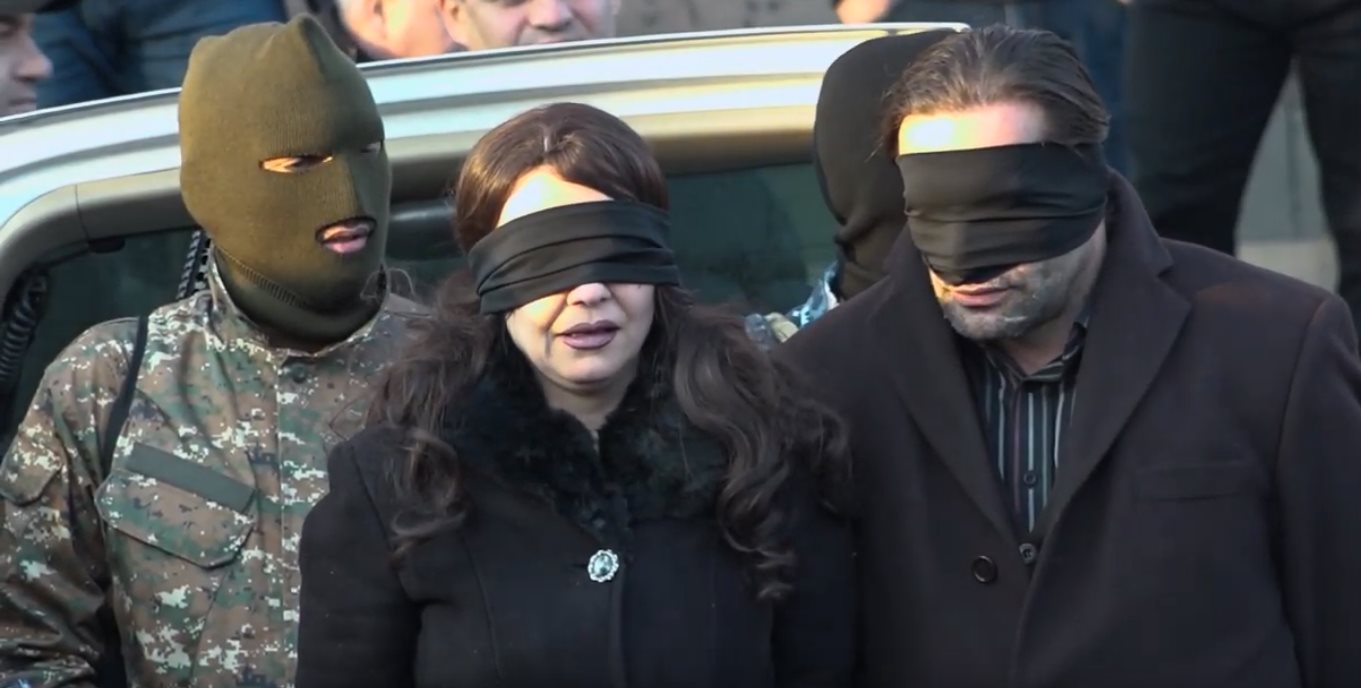 Nikol Pashinyan’s supporters and the “I don’t support Nikol but don’t want the other guys so I support Nikol but don’t have the courage to say so” crowd are outraged – OUTRAGED – that a theatrical performance about the execution of Romanian dictator Nicolae Ceaușescu and his wife was staged in front of Armenia’s National Assembly yesterday Yerevan time.

Foreign-funded media outlets like OC Media have covered it and the aforementioned group of people are at the ready to talk about what a vulgar display it was.

Curious because they must have forgotten that before Pashinyan took power, the ex-DJ who was one of his top aides and became his chief of staff, Eduard Aghajanyan, was celebrating (see below) the death of Eduard Sharmazanov, a member of the Republican Party of Armenia (HHK). Except Sharmazanov didn’t die, he was alive and well – someone just hung a death banner, common in Armenia, and Aghajanyan thought it was a good idea to scornfully repost and thus celebrate it.

They also seem to forget the glee of those celebrating during a mock funeral of Armen Ashotyan, another member of the Republican Party of Armenia (HHK).

Then there is the infamous episode with Zaruhi Postanjyan, of Raffi Hovannisian’s Heritage Party. Yes, the same Postanjyan who embarrassed Armenians the world over by falsely accusing Serzh Sargsyan in a public session of the PACE Assembly in Europe of spending millions of dollars in a casino in Monaco (and you wonder how rumors start).

So you’ll excuse me if I don’t indulge the histrionics of anti-nationalist lamenting a performance about a dead Romanian dictator and his wife when they readily acclaimed or, worse, kept mum about the celebration of the dramatized killing of living Armenians.