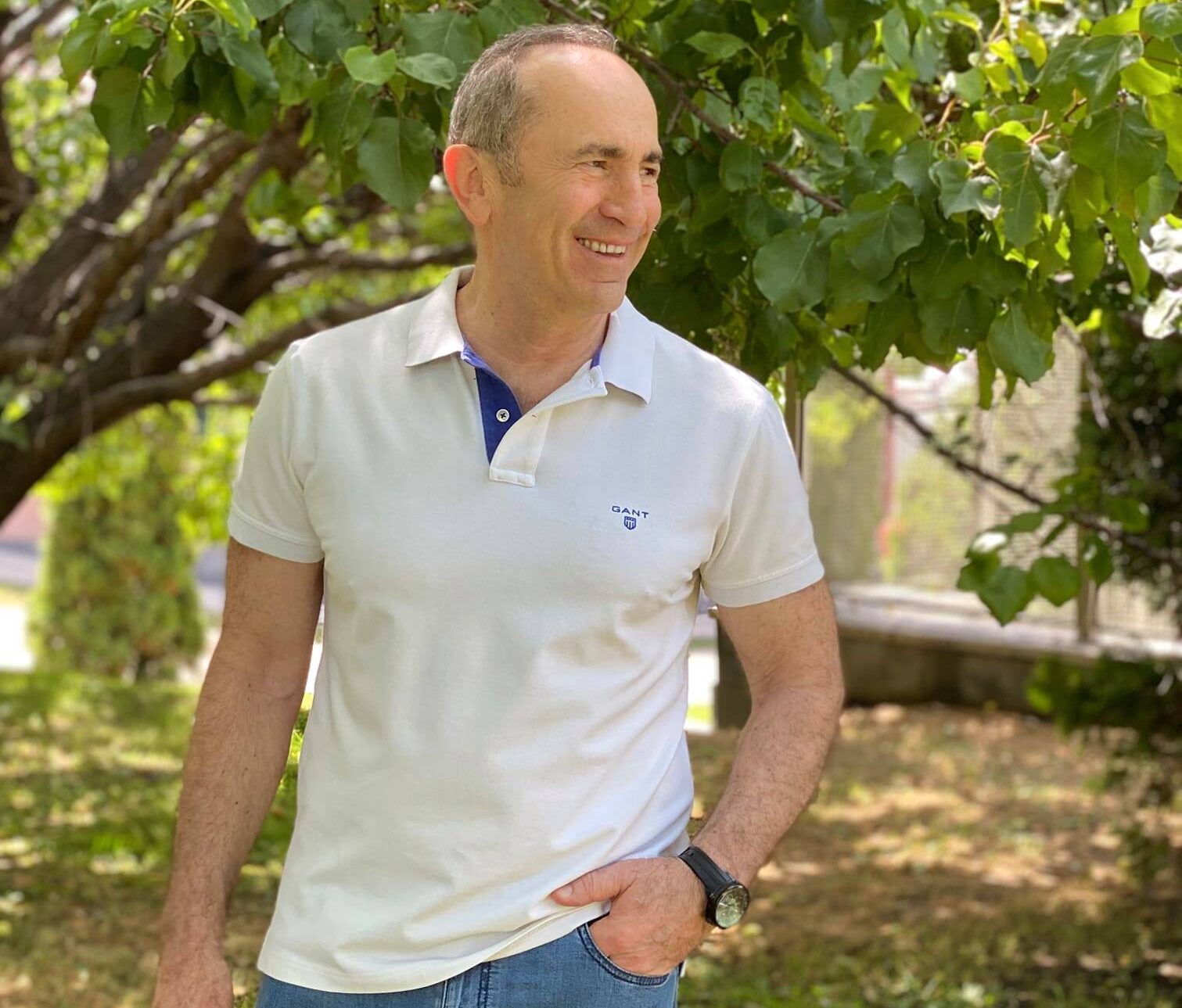 Why Is Robert Kocharyan So Hated?

The past few days have been like a virtual Twitter reunion of all the people who skipped town (i.e. Armenia) during the 90s and early aughts and who partake of the same ritual bashing of national hero and second president of Armenia, RobertKocharyan. But why?

They’ll tell you, of course, that life was unbearable and things were terrible. Perhaps for some but many of these kids weren’t even alive or were babies when Kocharyan was president. Where do they get these ideas?

The fact is that the largest single emigration from Armenia happened in the early 90s right after independence and during the first Artsakh War. Approximately 600,000 people left. Imagine: the country regains its independence and is fighting for survival and, bam, mass exodus.

Robert Kocharyan, Serzh Sargsyan, and many of the others so smugly disparaged these days didn’t leave. They stayed not only in Armenia but in Artsakh. What’s more, they kept their families there while it was being bombarded by Azerbaijan. That was their home.

After the 1996 reelection of Levon Ter-Petrossian (LTP), who was the architect of a nepotistic and corrupt government that led to a country to the brink of chaos, it became clear that he and his followers, like Gerard Libaridian, wanted to hand Artsakh to the Azeris among other things like removing the Armenian Genocide from Armenia’s school curriculum. LTP also banned the ARF and shut down its media outlets. He was a prototypical post-Soviet autocrat. Curiously, there are never any paeans against LTP about him leading Armenia into the abyss.

Vazgen Sargsyan, the inimitable modern hero of the Armenian Nation, sensed something was awry and invited Kocharyan to join him in Yerevan where he assumed the post of prime minister. Kocharyan was the president of Artsakh at the time and was known as a no-nonsense manager who was honest and hardworking. When it became clear that LTP was preparing to hand over Artsakh, he was forced to resign and Kocharyan assumed the post of president in 1998. Armenia was in shambles then: crime, poverty, energy crises, etc.

When LTP left, so did many of his closest confidantes, including Libradian, ambassadors, and others with the globalist liberal dream (some of their progeny are on twitter). They used their ex-positions in government to secure prominent positions in academia and elsewhere.

During this time, a little-known scallywag by the name of Nikol Pashinyan started publishing defamatory pieces in his tabloid paper Օրագիր (Oragir). In it, he attacked the army, Kocharyan, Vazgen Sargsyan, and as it turned out, anyone who had been opposed to LTP.

Pashinyan was eventually sued for libel and was bankrupted. That didn’t stop him from starting a new paper Հակական Ժամանակ (Haykakan Zhamanak/Armenian Times) where he continued his yellow journalism.

In the articles in his papers, there started appearing ideas like the “Karabakh Clan” and words like “band” (i.e. a band of bandits) and every manner of calumny against his (i.e. LTP’s) enemies, accusing them of all the things that, coincidentally, LTP was guilty of.

Not for nothing, this provided not only the people inside Armenia but also the people who had escaped from Armenia in the 90s and the aughts an incredibly convenient scapegoat: the Karabakh Clan, led by Kocharyan, was responsible for their ills and not, somehow, LTP.

What exacerbated this was the very conspicuous improvement in the standard of living during Kocharyan’s tenure: the economy improved significantly,there was actually repatriation, 24/7 running water (yes, there was almost no 24/7 running water even in Yerevan), 24/7 electricity.

Exacerbated, you say? Well, yes: guilt is a real feeling. Guilt that one left their homeland in its hour of greatest need; guilt that they were not there as it was improving; guilt for having left family there. And anger.

After all, everyone wants to be on the winning team, the team that won the war, the team that brought pride and joy to the entire Armenian Nation. What happens when you realize you could’ve been a part of that team but chose not to be? You get angry. And you come up with reasons as to why you weren’t there: “the Karabakhtsis came to Armenia so they could suck it dry and I had to leave because there were no opportunities.” Never mind that it was LTP sucking it dry and if the Karabakhtsis did anything, they saved the country.

During Kocharyan’s tenure, Armenia was called the Caucasian Tiger because of its rapid economic growth; the army was getting more and more professional, despite massive difficulties; there was huge foreign investment in the country. In short, things were getting better.

Nevertheless, Pashinyan kept printing his vile filth, emulated and copied by many others. In 2007, when LTP launched his presidential campaign, his campaign speech took, VERBATIM, the things Pashinyan had written in his articles: Karabakh Clan, criminal-oligarchic regime, etc.

It should be no surprise, then, that Pashinyan was one of LTP’s top lieutenants in the 2007-2008 campaign. Get that? LTP resigns, Pashinyan starts defaming Kocharyan and Artsakhtsis for 10 years, then LTP comes back with Pashinyan at his side. I trust I don’t have to draw a diagram.

On the fateful day of March 1, 2008, Pashinyan announced to the rioters he had previously told to arm themselves that “today we must liberate our city from the Karabakhtsi scum.” As a result of his and LTP’s inflammatory, provocative rhetoric, 10 people tragically died.

This, also, was blamed on the Karabakhtsis, the same ones that Pashinyan had earlier called scum and had said needed to be exterminated from Yerevan.

So do you now have an idea why while crime, including murder, was relatively common during LTP’s tenure, poverty was sky-high, the country was freezing to death, there was no regular running water, and hundreds of thousands emigrated, Kocharyan was supposedly to blame?

The fact is, Kocharyan saved Armenia. He saved it from almost certain collapse. He, along with Serzh Sargsyan and Vazgen Sargsyan, built the Armenian Army that defended the country for 25 years and kept Artsakh. Armenia became a middle income country with two closed borders and at least one neighbor constantly threatening war and it was able to do so because of the patriotic leadership of Kocharyan, V. Sargsyan, S. Sargsyan and others.

I’m sorry if your family left Armenia, I truly am. I know it’s not easy leaving a place. But take responsibility for your decision. If the decision wasn’t yours, however difficult it is, try to hold those telling you fairy tales accountable.

And be forgiving of Armenia and its leaders who were dealt a horrendous hand not only by their predecessor LTP, but also by malicious foreign-funded rascals like Pashinyan who worked tirelessly to undermine the stability of the Armenian state, then blamed others for its failings.

Ultimately, you’re a thinking person. Use your mind not to repeat platitudes but to discover the truth.

Published in History and Politics