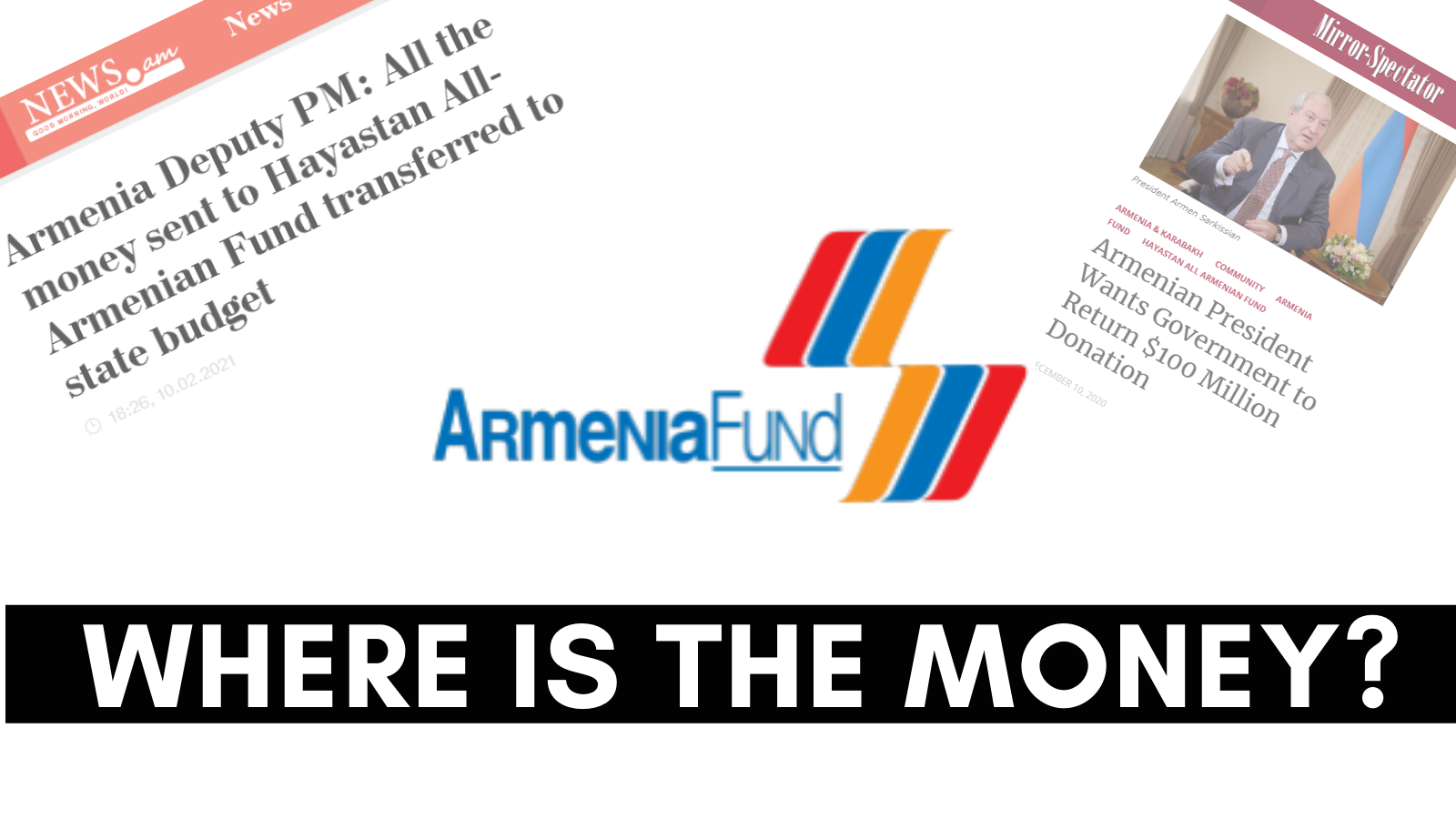 Where is the Money, Armenia Fund?

In 2014, I spent a year visiting and writing about Armenia Fund’s projects in Armenia, including Artsakh. While I had been a supporter of the organization and its work and extremely critical of the buffoons who worked tirelessly to derail it, I had not seen many of the projects up close. During that time, I was able to meet many of the staff members who had long worked for the organization, including the executive director in Armenia, Ara Vardanyan.

It soon became clear how Armenia Fund had done such great work: unmatched professionalism and ethical standards from Yerevan to Los Angeles and back. I learned that this organization, which was constantly accused of stealing money, produced not one but two audits per year, one of its finances and another of the actual projects it was in the process of realizing: schools, roads, hospitals, clinics, irrigation and electricity systems, agricultural assistance, and community centers. This one organization was single-handedly responsible for massive infrastructural developments that strengthened the country but, especially, Artsakh and the most vulnerable border areas like in Tavush.

The roads it built carried tourists to, from, and throughout Artsakh, but also transported soldiers and weapons. The hospitals it built served citizens in Artsakh and Syunik but, as we saw in 2020, would be integral in providing medical care to wounded soldiers. The schools and irrigation systems provided livelihoods for families to stay in their villages and towns instead of emigrating to other countries, thus ensuring that there would be someone there when the enemy inevitably showed up.

Despite these facts, discernible to anyone with half a brain and willing to expend an ounce of effort, Armenia Fund was the target of ceaseless attacks from every corner of the Armenian world. Knowing what you do now, to whose benefit was this?

And who among us spared no effort to ensure that Armenians donated as little money as possible?

When the current treasonous government usurped power in 2018, one of its first orders of business was to continue its attacks on Armenia Fund. After years of claiming that the money was being stolen and that there was rampant corruption, they needed to show proof. They found nothing.

Like their other lies, the allegations about Armenia Fund’s corruption were evidently untrue. But they had achieved what even our worst enemy could not: they had handicapped the Armenian Nation and made it more difficult for us to withstand an attack.

Today, the organization is led by Haykak Arshamyan, one of Pashinyan’s closest confidantes and the one who took over when they came to power. As you all know, Armenians raised over $100,000,000 last year during the war; as you also know, that money was unceremoniously transferred to the government budget. We still don’t know what happened to it.

One day, I hope Armenia Fund will unite all Armenians and allow us contribute to the betterment of our homeland, as it once did. That day is not today, tomorrow, or anytime while this deceptive, corrupt, and treasonous government is still in power.

So, take whatever you were going to donate to Armenia Fund on Thanksgiving, multiply it by three for good measure, and give it to 1000+ to help veterans and their families, Armenian Relief Society to help orphans and their education programs, or LORIK Humanitarian Fund to help with projects he’s doing locally while living in Martuni, Artsakh.