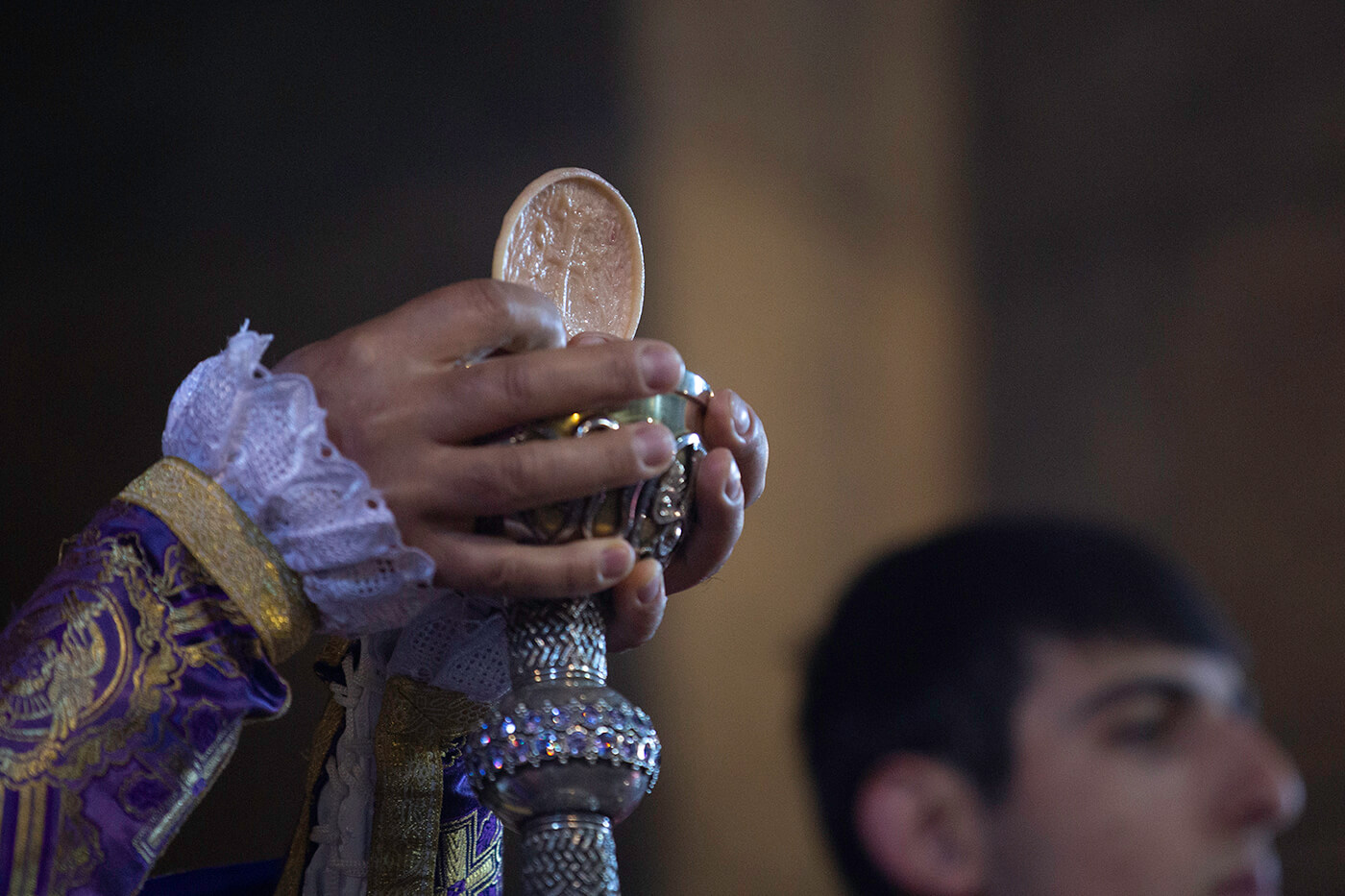 Can people who have been baptized in other churches receive Holy Communion in the Armenian Church?

As a general rule, the Armenian Church offers Holy Communion only to those who are baptized members of the Armenian Church or one of the Oriental Orthodox Churches —the Coptic, Eritrean, Ethiopian, Syrian Orthodox or Malankara (Indian) Orthodox Churches. These are our closest sister churches who share with us the same essential apostolic, Orthodox doctrine. Members of these churches are in full communion with one another; they may fully participate in the Eucharist and other sacraments of the other churches.

Our fellowship with the so-called Eastern Orthodox churches (Russian Orthodox, Greek Orthodox, and others) is also very close. Theologians have largely established that doctrinal differences between these two historic church families are not so serious as to preclude real cooperation and even the sharing of sacraments. Most important, our understanding of the Eucharist and sacramental life is in full agreement. Still, full communion has not yet been declared among these two ancient Orthodox families.

We also share the same essential faith and understanding of the Eucharist with the Catholic Church, but certain administrative and doctrinal matters remain to be worked out before full communion can be established between our churches.

Some Episcopalians and many other Christian denominations do not agree with one or another of our teachings concerning Holy Communion and the centrality of the Eucharist in Christian life. Some of these differences are significant and reach to the heart of the Gospel message. For this reason, we do not, as a rule, invite members of these churches to receive Holy Communion in the Badarak. The Armenian Church, like the Orthodox and Catholic Churches, believes that Holy Communion should not be shared by members of churches that are not in complete sacra­mental union. Issues that separate these churches need to be resolved first, before Holy Communion can be shared among them as the seal and crown of Christian unity. Historically, the Armenian Church has been, and continues to be at the forefront of the ecumenical enterprise.

In exceptional cases, an Armenian priest may offer Holy Communion to Eastern Orthodox, Catholic, or even other Christians for pastoral reasons (for example in case of sickness or when circumstances prevent one from attending his or her own church). If an Eastern Orthodox, Catholic or other Christian would like to receive Holy Communion in the Armenian Church, he or she should consult with the local priest before the start of the Divine Liturgy.

Source: Frequently Asked Questions on the Badarak, The Divine Liturgy of the Armenian Church by Michael Daniel Findikyan.

Editor’s note: This text was republished with the permission of Bishop Findikyan.

Published in Church and Ecumenism