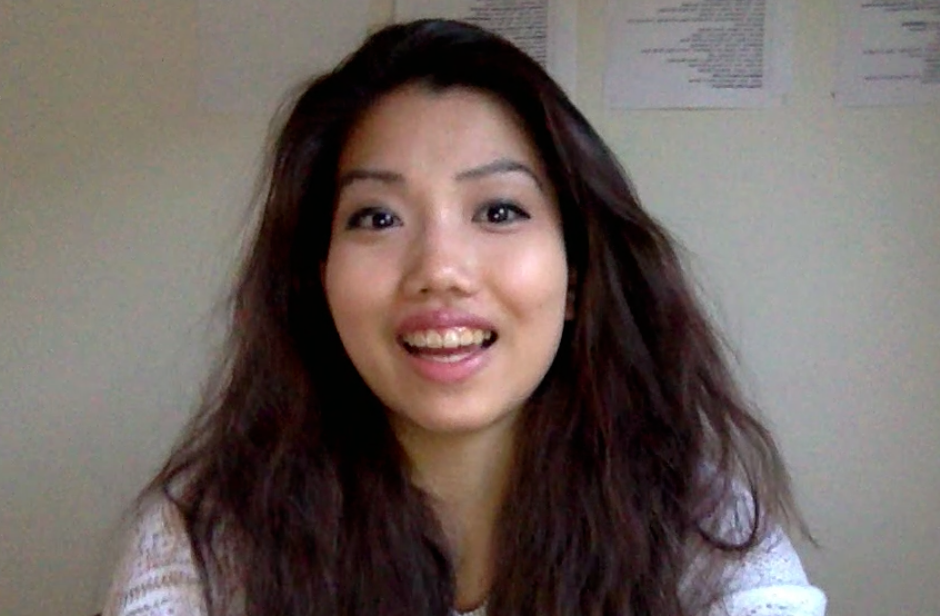 Last May, we gave our readers the opportunity to ask Karmun Khoo some questions. A resident writer at The Armenite, Karmun has dedicated the last several months to learning Armenian and has documented her unique journey on our site. It’s not every day you come across a 16-year-old Singaporean girl who’s decided to learn Armenian, so we figured you might have some questions for her. You did. Here’s Karmun answering them. And if you want to see our favorite language enthusiast speak Armenian, scroll all the way down for a special video!

Why did you decide to learn Armenian?

I think the real question is: Why would I decide not to learn Armenian? There are so many attractive features inherent to the language, like its illustrious history (Armenia was a monolingual country by 2nd century B.C. and founded the world’s oldest national church.) Current events in Armenia also make the language exciting, especially in a world where Armenia is trying to better itself and recover from past wounds. The language is like chess: infinitely complex and yet deceptively simple. The availability of online classes was also a big selling point for me and, well, I just wanted a challenge.

How many languages do you speak and what are they?

I’m always hesitant to answer this question, as different people define “speak” in different ways. I’ll list the ones I’m fluent in: English is my first language. Mandarin Chinese is my mother tongue. Don’t ask what the difference is between “first language” and “mother tongue,” but I grew up speaking both at home. If dialect counts (some consider Western and Eastern Armenian to be two different languages), I would also speak Hokkien. I hold a DALF C2 in French, and I speak German and Spanish. Languages I’m currently working on include Latin, Russian, Italian and, of course, Armenian. As I’m typing this, my desk is cluttered with language books: I have Teach Yourself Afrikaans, Kennedy’s Revised Latin Primer, The New Penguin Russian Course, a German dictionary, and the Holy Bible in French… just to name a few.

What is your favorite Armenian idiom?

My favorite saying would be “Ի՞նչ կապ ունի՝ Ալէքսանդրի բեղերին,” which means “What is the connection with Alexander’s moustache?” Who is Alexander? Is he Alexander the Great? Did Alexander the Great have a moustache? This idiom really confuses me, which is perfect, because it’s used to express confusion, after all. I’m really glad this question was asked, because I only know a few Armenian idioms. Please point me to your favorite ones!

What’s the hardest word to pronounce in Armenian?

I can’t roll my Rs, so any word with Ռ ռ in it is challenging to me. Thanks to my experience with other phonetically confusing languages, like French and Russian, I haven’t found Armenian pronunciation too difficult. Learning to read and write nearly killed me though, because lots of letters look the same! I don’t think I can come up with a “hardest word,” because they’re all pretty hard, but I always stumble over “հեռուստացույց,” which means “television.” Hey-roo-stahts-tweets?

Would you consider learning Grabar?

“Քանի լեզու իմանաս, այնքան մարդ ես:” (“However many languages you know, however much of a person you are.”) I would definitely consider learning Grabar, except I’d probably be hard-pressed to find someone who’s willing to teach it to me. Apparently, many ancient Persian and Syriac manuscripts have survived only in their Grabar translation, so if I learned how to read it, I might discover something new about the world. That is always a tempting prospect. Still, my main goal right now is to learn Armenian well, and to appreciate its heritage and history.

Would you ever go to Armenia? If so, where would you go?

Of course I would go to Armenia! I keep planning trips, but my plans always fall apart. I really like the sound of Vagharshapat, so I would like to go there. Also, the Etchmiadzin Cathedral sits there – and what would a visit to Armenia be without visiting the Apostolic Church’s own “Vatican City”? I would also stop at Lake Sevan, because if its pollution worsens, it might not remain picturesque much longer. The obvious attractions such as the Zvartnots Cathedral, as well as the capital city of Yerevan, would also be must-sees. And my last wish would be to visit a traditional Armenian village, where the scenery is beautiful and the food, authentic.

I had to Google that, but now that I’ve done some research, it sounds like a cool idea. Unfortunately, you need to be 21 to join. I’m happy that such programs exist, because many Armenian organizations are exclusively for members of the Diaspora. I would definitely like to work in Yerevan someday; it seems like a great place to be, with more and more opportunities as time goes by. Fingers crossed!

The word for “hare” – նապաստակ – is very visually pleasing to me. Nabastak! I also like that Armenians have a single word for “coat of arms”: զինանշանը or zinanshany. Making me choose a favorite word is like choosing a favorite hair on my head! There are some that I like more than others, but Armenian wouldn’t be so special without all its words combined.

What has been the biggest challenge of learning Armenian?

Time. My mother always says “Man creates his own time,” but when you count the hours, there are only 24 in a given day. If I had the freedom to learn Armenian full-time, I would definitely speak it much better than I do now; however, if we all had the freedom to explore our passions full-time, the world would probably break down. Linguistically speaking, my biggest challenge was with listening; Armenians tend to join syllables together or omit them altogether. For example, less important syllables like ek are always shortened and affixed to the end of the previous word, such as in “Inchpes ek” or “How are you?” Still, maybe my confusion is simply due to incompetence. I would love to hear an Armenian answer to this same question with relation to English!

What message do you have for our Armenite readers?

Hm… maybe a video of me speaking Armenian would best get my message across? 🙂 Hope you all enjoy!