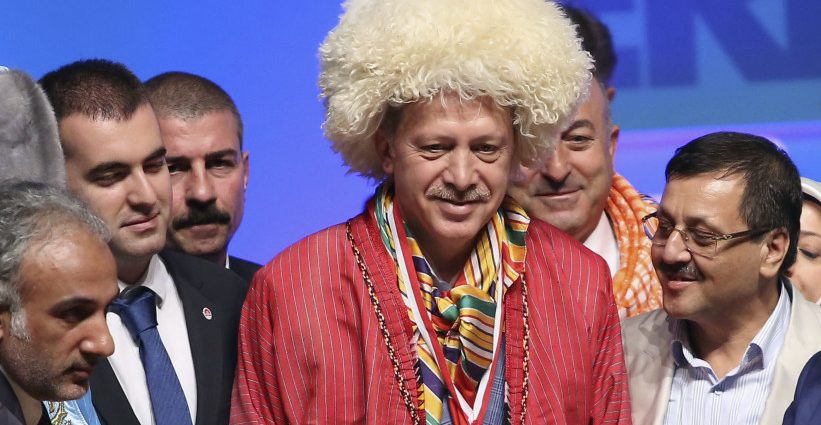 After the government of Turkey spent decades paying off academics to unsuccessfully promote their denial of the Armenian Genocide, Turkish groups have resorted to ad campaigns – and sky-writing.

Two weeks ago, a billboard, put up near the Armenian Heritage Park in Boston by an Armenian Genocide-denying Turkish group, was taken down by Clear Channel Communications after a furious response by Armenian-Americans and concerned human rights advocates.

The billboard was joined by one in the San Francisco Bay Area, followed by several full-page ads in major American newspapers. According to the Armenian National Committee of America’s (ANCA) Facebook page, ads appeared in the New York Times, Wall Street Journal, Chicago Tribune, and Philadelphia Inquirer, among others.

The billboards and newspaper ads were the work of Fact Check Armenia, a Turkey-based organization. The only name listed on the site is Ab Kaan, whose name is also listed on a site called Turkic Platform. As of publishing, the Turkic Platform Facebook page had 89 likes. It’s unclear how an informational organization based in Turkey was able to pay for hundreds of thousands of dollars of premium advertising space. Inquiries directed to Ab Kaan by several media organizations were not returned.

Seemingly connected to Fact Check Armenia is the Turkish Institute for Progress, which lists three issues on its website, two of which have to do with Armenians, apparently promoting the widely-held belief that Turkish progress is heavily dependent on Armenians. One of these organizations hired a sky-writer to write out various slogans in New York City, including “101 years of geno-lie.” Clever.

The Turkish Institute of Progress is a one-woman operation. It is run by a Derya Taskin, a businesswoman who owns a staffing company called Derya Staffing. Taskin also happens to be a deputy mayor of Paterson, New Jersey. Curiously for a deputy mayor of an American city, she also seems to be affiliated with President Erdogan’s Justice and Development Party (AK Party).

Being run by one full-time businesswoman who is also a deputy mayor has not stopped the Turkish Institute for Progress from listing One Rockefeller Plaza in New York City, among the most premium pieces of real estate in the world, as its home according to official filings. Nor has it stopped the organization from paying $20,000 to Levick Communications to lobby for Armenian Genocide denial; it has likewise engaged another high-priced lobbying firm, Mercury.

Although ad campaigns denying the Genocide are nothing new, their scope this year seems to have widened. So why expend all this time and effort now?

The best possible explanation is the Aurora Prize for Awakening Humanity by the 100 Lives project. In the next few days, George Clooney, Elie Wiesel, Nancy Soderberg, Ted Koppel, David Ignatius, and several of the world’s leading humanitarians and authorities on human rights will be in Yerevan for the inaugural award ceremony named in honor of one of the Genocide’s most famous survivors, Aurora Mardiganian.

Familiar with the public relation disaster the Clooney name can cause and adding to it the gravitas of some of the most prominent voices on human rights, someone may have thought a preemptive denial campaign to divert the attention from onlookers was a good idea. Unimaginative diversionary tactics are also nothing new: the Turkish government spared no effort to try to distract world leaders during last year’s Genocide centennial commemorations by rescheduling an official commemoration of the 100th anniversary of the Battle of Gallipoli to April 24. It just made Erdogan & Co. look foolish.

On its deathbed, Turkish denial has become a zany exercise, painful to watch. It surely has some old Turkish government official lamenting the downfall of the Genocide denial machine, previously capable of turning respectable academics into ignominious genocide deniers.

Disclosure: William writes freelance for the 100 Lives project. As with all pieces on The Armenite, this was written independently.

2016-04-21
Previous Post: The OSCE Minsk Group is a Failure
Next Post: Armenia’s Love to Shakespeare by Zabelle Boyajian