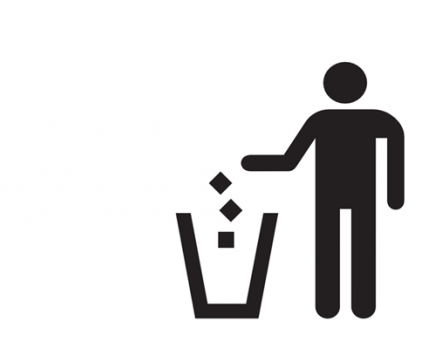 During the war, the Diaspora was the apple of everyone’s eye. “We love our Diaspora…and all the money it collects…and all the free stuff it sends!” Do you remember Artsrun’s videos at various donation collection sites? Do you remember Nikol’s team and his confidantes pushing the Diaspora to raise more and more money, which people across the Armenian Nation, myself included, promoted without asking questions?

Then Artsakh was surrendered. We learned despite the proclamations of democracy, the leader of Armenia signed it away in secret. Then we learned millions of dollars that had been collected by tens of thousands of Diasporans for the Armenia Fund was, in an unprecedented move, being transferred to the government.

So, many Diasporans started asking questions. What happened? What’s going on? Most Diasporans have demanded the resignation of Pashinyan and his team, including the person that’s supposed to be representing them in his government.

This shouldn’t have come as a surprise. While Nikol and his team for years spread the idea that the Diaspora was only used as a bank, without any interest in its opinions, guess who behaved in exactly that way? Who opened a Diaspora Ministry and who shut it down?

And now, after collecting over a hundred million dollars and resisting the seemingly ever-present urge to lambaste the Diaspora, the floodgates have opened upon the Diaspora anew, releasing a torrent condemnation about its supposed ignorance, arrogance, aggression, and, even, violence.

It is ironic that a news organization that has pushed foreign-funded agendas like Armenia-Turkey and Armenia-Azerbaijan “peace” projects in Armenia for a decade is accusing anybody of marginalizing local Armenians but let’s put that aside for now.

Most awkward, however, is how similar this narrative about the war-mongering, divisive, disconnected Diaspora is to the exact narrative promoted for years by Turkey and more recently adopted by Azerbaijan.

The Diaspora is an imperfect entity. Its role in Armenia’s affairs has been unclear from the beginning, when Nikol’s godfather, Ter-Petrosyan, effectively shut it out of Armenia while creating a new generation of Diasporans.

I am myself from the Diaspora but am not an unequivocal supporter of its involvement in Armenia’s internal affairs, which is why I am so critical of the many Diasporans who go to Armenia and, under the pretext of it being their homeland, start to pontificate about what they believe is best for the country with little understanding or interest in the local culture, norms, and values that govern the society in Armenia, many of which are significantly different than those of a person coming from the US, France, Greece, Turkey, Iran, or Russia.

Indeed, these Diasporan Armenians, especially those from the West, often differ little than the westerners who go to Armenia or any other country with a savior complex, there to teach the local savages the superior ways of the modern civilized world. There is a reason most don’t interact with locals who don’t adopt their worldview even after living there for years. But their elitism extends not just to those they see as being provincial locals but also regressive Diasporans whose views of Armenia are disconnected from local realities despite many, if not most, locals sharing those views.

The solution to this uncomfortable reality – that there are large swaths of Diasporans and locals who share a view of the future of Armenia that doesn’t correspond to that of the foreign-funded activists in Armenia and their Diasporan and local cosmopolitan supporters – is to reduce the degrade the discourse by way of caricatures and labeling.

Thus the Diaspora is divided into “good” Diasporans who accept the progressive narrative, and the “bad” Diasporans who care about things like the army, national security, and national institutions; the same applies to locals: those who accept the progressive agenda are “good,” enlightened, and smart, but the ones who don’t are regressive provincial cavemen that need to be saved.

Whether or not your opinion is acceptable depends on which side of the spectrum you’re on, irrespective of your status as a Diasporan or as a local.