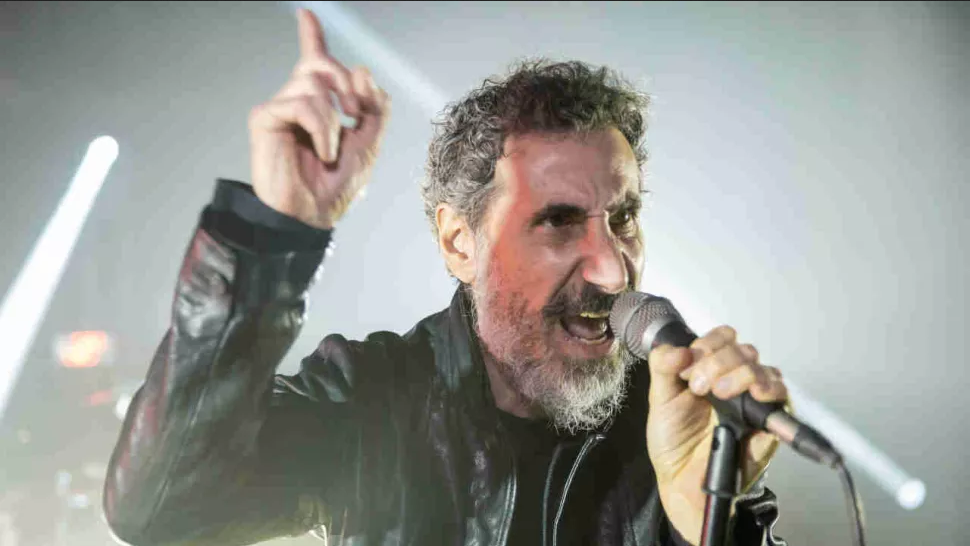 Serj Tankian, a stalwart supporter of Nikol Pashinyan and his treasonous reign, unleashed a vulgar tirade on Twitter yesterday. In response to a young woman living in Artsakh who called the aging rockstar – Tankian is 54 – a traitor, presumably for his continued support of the regime that handed Artsakh to Azerbaijan, Tankian told the girl, in transliterated Armenian, to “go get f**ked.”

Apparently sensitive to criticism for his cowardice in continuing to tacitly support the Pashinyan regime, Tankian continued his tirade with further vulgarity, telling another commenter to “Eat my proud Armenian a**hole. :)”

Tankian’s vulgar comments were under a post by the Armenian Youth Federation showing a banner affixed to a freeway overpass in Los Angeles that read ZAREH SINANYAN TRAITOR. Tankian had at first defended Sinanyan, Pashinyan’s Diaspora Commissioner, who is on an official trip to the United States.

Coincidentally, Sinanyan was himself embroiled in a scandal due to his vulgarity when he was running for Glendale City Council, years before he was offered a reportedly high-paying job in the Pashinyan regime.

The vulgarity of Pashinyan supporters is, of course, well documented.

The timing of Tankian’s activity, who has been silent on his role in helping to bring Pashinyan to power in 2018, was curious given that days earlier he released a music video calling for “unity and harmony” among Armenians.

Then again, Pashinyan, who came to power saying he loves everyone, was wielding a hammer in the last election and promising that his opponents would be trampled underfoot, so Tankian’s style is not far off from that of the miscreant he slavishly supports.

Serj Tankian continued his debased attacks against fellow Armenians, suggesting to one person that his mother should have aborted him.

Comments are closed, but trackbacks and pingbacks are open.