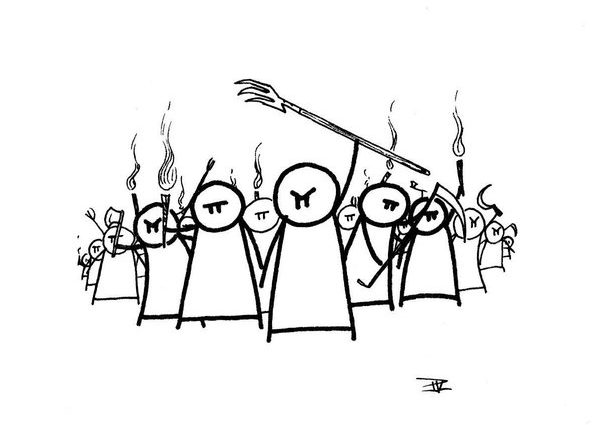 Armenia recently held a referendum on constitutional changes which would turn the country into a parliamentary republic. Several hundred violations were alleged during and after the vote by observers and journalists who were at the precincts.

Since the referendum, the Prosecutor General of Armenia, as well as the police, have undertaken an extensive investigation to seek out legitimate claims. At least a dozen criminal cases have been filed by the Prosecutor General, including for alleged bribery, ballot box stuffing, and double voting – and several dozen more are still being investigated.

At least a dozen criminal cases have been filed…and several dozen more are still being investigated.

Despite authorities’ apparent efforts at resolving reported discrepancies, some Internet vigilantes are using social media to exact a digital form of mob justice. The undertaking is led by a Facebook group launched the day after the referendum called Meet the Criminal Election Fraudsters.  The group has taken to posting allegations about individuals – some who have not been charged with any crime and none who have been convicted of one – along with their pictures. When available, they include the accused’s Facebook page address and workplaces or the names of companies they own.

In the absence of due process, the initiative has devolved into a virtual lynch mob where – akin to its cousin in the physical world – an accusation is sufficient to implicate someone in wrongdoing. The consequent vulgarity directed toward the accused has been ferocious. Among the commentary left on the postings were words like “scum,” “traitor,” “monkey,” while many of the women shown on the page have been called “whore.” A page admin even asked members of the group to see if they could find out where one of the people they posted about lived.

One electoral commission member at a precinct where there were allegations of fraud is a visibly overweight woman who attracted seemingly disproportionate ire from group members. Among the epithets directed toward her were “fat whore,” “30 year-old degenerate,” and several comments including the word “pig.”

Among the epithets directed toward her were “fat whore”… and several comments including the word “pig.”

Some comments from the Facebook page were too obscene to reprint in our publication but they should not be surprising.

The About section of the page, written in Russian, has “Banality of Evil” written in one section, alluding to the Hannah Arendt book, Eichmann in Jerusalem, A Report on the Banality of Evil. In another part of the About section, there is a passage from that book which reads, “The trouble with Eichmann was precisely that so many were like him, and that the many were neither perverted nor sadistic, that they were, and still are, terribly and terrifyingly normal.” Associating the accused election fraudsters with a genocidal Nazi might well elicit the type of responses that indiscriminately litter the page.

Associating the accused election fraudsters with a genocidal Nazi might well elicit the type of responses that indiscriminately litter the page.

Ironically, this Facebook page, set up to underscore the violations of Armenia’s laws during a constitutional referendum may itself be illegal. According to Article 23 of Armenia’s constitution:

Everyone shall have the right to respect for his private and family life.

Besides its potential disregard for the law it’s purporting to uphold, the group also may not be keen on judging all allegations of electoral fraud equally: at least one election observer criminally charged for interfering with the electoral process (link in Armenian) has not been featured on the group’s Facebook page. But right or wrong, guilty or innocent, these are not the concerns of a lynch mob, physical or virtual.