What is The Armenite? Our Mission and Our Principles

By: William Bairamian
In: Notes 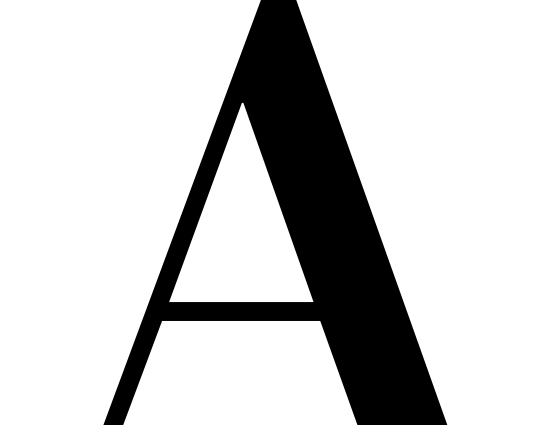 The Armenite recently celebrated its one-year anniversary. I don’t want to overstate the significance of this small milestone – but it’s also important not to overlook it. As a niche news media startup, we find ourselves in a unique position: we are an independent, commercial (i.e. not a nonprofit or NGO) media outlet that receives absolutely no outside funding. Despite the inherent difficulties of bootstrapping in the tumultuous and breakneck field of journalism, we stayed in the game – and then some.

During our first year, The Armenite became the first Armenian media outlet in the Diaspora to produce an infographic. We also hosted a Twitter debate and an AMA on “the Internet’s frontpage,” reddit. We welcomed writers from around the world, Armenian and non-Armenian, to write about topics ranging from the wealth represented by Armenia’s forests to Little Armenia in New York to the Syrian-Armenian refugees in Lebanon to the Arba Lijoch in Ethiopia.  Armenian literature from the past and the art, music, and writings of today’s talented Armenians found a platform here.

We seem to be doing something right: our work has been republished by several other media outlets; readers have visited our pages from every continent and almost every country; and, we have a growing Facebook fanbase of near 5,000 people.

In 2015, our objective of offering unique, original content is already underway: we published our first annual list of Armenian scholarships, in line with our belief in the value of an educated public.

But all this aside, what exactly is The Armenite?

We’re going to tell you.

We want to build a new type of Armenian media company: one that places a premium on originality and quality. Although this may have been clear to us from the beginning, it’s easy to take for granted that you, our readers, knew what we knew. So, we wrote down who we are and how we view our mission.

The Armenite is an independent Armenian media outlet of bold, smart, and original journalism. We are inspired by our love of the Armenian Nation and our mission is to tell its story. Through stimulating and innovative content, we want to build a culture of vibrant, eloquent, and civil debate from which unorthodox ideas proliferate, deeper understanding is gained, and a new paradigm is constructed. Working in the public interest, we will be relentless and unapologetic in bringing perspective to a discourse besieged by cynics and a stubborn fatalism that has trodden upon the psyche of the Armenian Nation, unduly hindering its ambitions. However difficult or unpopular, with virtue as our guide, we will question everything in pursuit of the truth, that great agent of progress. As voracious students of the past, fervent scribes of the present, and unflinching torchbearers of the future, we will establish a higher standard for the Armenian Nation.

We also believe that every outlet of quality journalism is governed by principles that help it stay grounded in the face of temptations to deviate from the course it has set out to pursue. Even though these principles have been our guide since Day 1, this is the first time we are articulating them all in one place and we wanted to share them with you.

The Armenite is an outlet for journalism before it is anything else. We have assembled these ten principles, each equally important, which guide our work. They marry core journalistic values with ones that reflect our identity as an Armenian media outlet. These, as well as our mission, form the basis of our pursuit for a higher standard.

Love the Armenian Nation.
All of it: Armenia, Diaspora, the people, the culture, the history. We believe that if we are going to be dedicated to the work we are doing at The Armenite, the source of our dedication must be love of our subject: the Armenian Nation.

Seek the truth.
The foundation of journalism is a desire for the truth. We believe that this must be the motivation of every journalist – and it is ours.

Question everything.
It is important for us to think critically and challenge our own assumptions. We believe that this is a necessary step not just for identifying problems but for finding solutions.

Serve the public interest.
As journalists, we are first responsible to the public interest. We believe that we must serve this charge faithfully by being thoughtful in our work and constructive in our criticism while scorning the magnetic allure of sensational and lurid journalism.

Shed light on dark corners.
Exposing the hidden, the secret, and the forgotten is integral to a free, aware, and open society. We believe that this is an invaluable contribution of journalism and it is one we embrace fully.

Be exceptional; set the standard.
If we expect something of others, we first need to expect it of ourselves. We believe that we need to be the standard bearer of Armenian journalism, exceptional in our work, if we want others to do the same.

Do great journalism.
Stories are better when they are told well. We believe that, as a nation, we deserve the highest quality journalism available – and we intend to produce it.

Be fearless.
Journalists must be willing to push the boundaries beyond what is comfortable; they must be willing to say unpopular things; to be criticized, shunned, and hated. We believe that to do great journalism, we must work without fear.

Now that we’ve told you about us, tell us about you. Or tell us what you think. And, if you want to be a part of what we’re doing, send us what you’ve got. We’ll look forward to hearing from you – you’ll definitely be hearing from us.